This is an amazing and beautiful French-made documentary from 2004 that's in a similar vein to the life-affirming 'Planet Earth' series, although with a more grand scope. Narrated by the wise Malian Sotigui Kouyaté, this all-too-brief visual feast details the evolution of life on Earth, and features some incredible photography. By combining ancient wisdom and mythology with modern scientific knowledge, 'Genesis' presents a rich and varied (and honest) depiction of the diversity and breadth of life, in all of it's worldly forms, and from conception to death. If you find yourself enthralled by the Discovery Channel and the BBC's many excellent nature documentaries, this is one not to miss. Simply beautiful and enlightening. imdb info
Posted by Goatsden at 1:27 PM No comments: 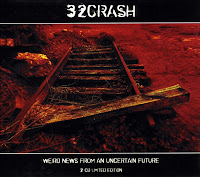 As principal frontman for legendary electronic-rock act Front 242, Jean-Luc DeMeyer developed into one of the most celebrated and distinctive (and emotive) vocalists around (at least in industrial circles). Here backed by members of Belgian electro band Implant, DeMeyer unleashes a 19-song set of new music, and it's really pretty disappointing when compared to his work with the groundbreaking Front 242, or even his sometimes-project with Marc Heal as C-Tec. This is primitive electro-pop, with dated drum machine sounds, lightweight sequences, and, unfortunately, little in the realm of catchy tunes. 32Crash doesn't hit hard, and they don't hit melodically either. DeMeyer sounds great, but he needs a solid backdrop, and that's what's missing here. A second CD is included in limited edition copies, and this brings 11 remixes that actually stand up reasonably well next to their underproduced parents. Tracks like the Penelopes remix of 'Dust And Drought' update the clubbiness factor, and subsequently make these songs slightly more satisfying. Still, this isn't something I'll be listening to again, sorry. (Alfa Matrix Belgium)
32crash website
Posted by Goatsden at 4:33 PM No comments: 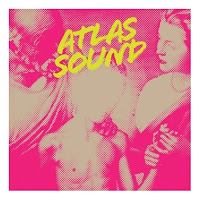 Atlas Sound is the debut solo effort from Deerhunter frontman Bradford Cox, and this pretty little ambient pop album was composed and recorded entirely by him at home. There's some nice swirling soundscapes, guitar drones, lots of hazy reverb, primitive electronics, and dreamlike-gauzy vocals, all adding up to a textural post-shoegaze ode to, well, falling in love. But Atlas Sound doesn't sap it up as this may imply. 'River Card' is an introspective and starry-eyed gem, complete with tinkly keyboard accents and a fatalistic outlook. 'Cold As Ice' is drifty and, well, chilly, and 'Scraping Past' has a subtle electronic rhythm present behind the droning vocals and guitar noise. 'Let The Blind...' is a nicely personal recording, and full of sublime sounds to caress the soul. I like it. (Kranky)
Bradford Cox myspace
Posted by Goatsden at 5:40 PM No comments: 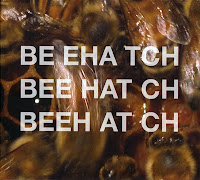 This international collaboration between Canadian electronic composer Phil Western and English sound collagist Mark Spybey has been brewing for quite some time. Initially meeting over a decade ago when both were members of terror-tronica project Download, these two rekindled their friendship in 2007 to create this wonderful slab of indescribably delicious sounds, textures, rhythms, and melodies. From the beginining ambiance of 'First Song', these two move into realms of experimental-sound-poetry pop in 'Facing Up To The Facts', and the monumental soundtrack ebb-and-flow of 'God Is So Good, God Is SO Dub', which sounds like a coastal tide being played with a string quartet (which gives way to a kind of junk-store dub at the conclusion). Nice and unpredictable! 'Warm And Fuzzy' is a classic old-skool electro piece, whereas the aptly-titled 'I Think I'm Chinese' has an appropriately chimey oriental motif. 'I See Your Light Dying' is a weird and trippy dub experience with Spybey's distorted vocals and a sound that recalls their earlier work in Download, actually, and certainly better than that group's recent output. A joy to listen to, and a top-notch audio adventure for ears that crave both the jarring and the soothing, Beehatch is a sure winner, and I'm looking forward to the tour and future recordings, already. Bravo! (Lens Records)
Posted by Goatsden at 5:35 PM No comments: 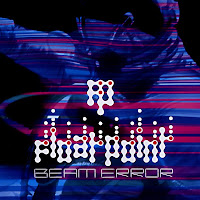 Originally released in super-limited quantities in 1995, this ambient techno gem from space cadets Dan Handrabur (Mere Mortals, Weed) and Phil Western (Download, Beehatch) has seen collector interest drive prices of original CDs to extremely high levels. With this in mind, Western has seen fit to re-release it (again in limited quantities, though) - while adding on an entire second disc of rare and unreleased works. Considering that the peak of this scene was well over a decade ago, one would assume that this sound would seem passe and dated by now. But to the contrary, Floatpoint's smooth electronic grooves are as cool and collected (and collectible) now as they were then. Splices of dub and tribal sounds filter through the duo's mellow beats and sequences, and all seems to blend together into a peaceful and soulful mode of escape. As in the rhythmic (yet chilled-out) 'Luna', Floatpoint creates spacious and warm grooves tailormade for home listening and reflection. The bonus disc includes some extended improvisations (some with friend Dwayne Goettel of Skinny Puppy fame), and unreleased cuts from the 'Beam Error' era, and these are of course in the same realm, if a little more indulgent in spots. Still, this is a gorgeous set worthy of more widespread attention and release. Close your eyes and drift away... (The Record Company)
Posted by Goatsden at 5:28 PM No comments: 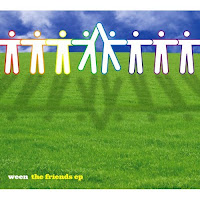 Wow, another little (20-minute, 5-song) self-release from Dean and Gene, and it starts with a bang! The title track is an outright disco number...it's cutesy and even clubby, in the worst over-the-top sense. Catchy track, too, and this one proves that Ween are capable of so very much musically. And you can be sure it's firmly tongue-in-cheek, naturally. Apparently, these cuts are odds and ends, as they were recorded at different times, and it sounds this way, though it's no more schizophrenic than any other Ween release. 'King Billy' is an ode to some great reggae/dub masters, and sways with a rocksteady beat and some farty little noises. Prime! Jammy and hammy is the way, and 'Light Me Up' is a Latin-flavored number full of boastful optimism from the dealer's point of view. Tony Montana, anyone? And the final song, 'Slow Down Boy' is a schmaltzy slice of baroque pop (complete with faux-English accent). Masterful. Never underestimate the power of a little ween! (Chocodog)
Posted by Goatsden at 5:26 PM No comments: