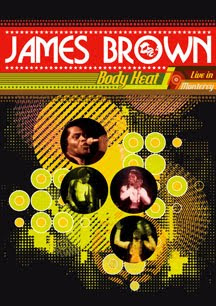 Previously released on VHS under the title "Lost Tapes", this 1979 live performance is only marginally better than a bootleg in quality or clarity. However, this isn't to denigrate the mighty James Brown. Here, though he's supposedly "past his prime", James proves he's in top form. A consummate performer and world-class showman, James uses his ample perspiration to provide ultimate inspiration. This is an intensity that today's performers can only aspire to!
Hits here include an extended jam of "Sex Machine", "Georgia On My Mind", "Papa's Got A Brand New Bag", and more.
Fancy footwork, powerful charisma, and a devotion to crowd-rousing song and dance? James Brown had it all. And though there are plenty of better examples of Brown's onstage prowess, even a lower-quality video can't slow down the godfather of soul. (MVD Visual)
Posted by Goatsden at 12:49 AM No comments: 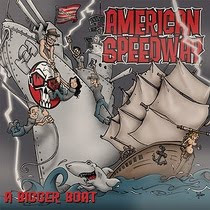 This is some kickin' high-octane punk and roll from the Liberty city, and on their second full-lengther, American Speedway take no prisoners. 10 songs in 28 minutes means these guys (and girl) get straight to the point. Imagine AC/DC's Brian Johnson fronting a speed-punk act, and you have American Speedway. "I Killed Laura Palmer" is both catchy and fearsome, and "Ready To Roll" doesn't relent -- as intense and fast as any speed or thrash metal. But everything else here is a rip-roaring anthem just as well. A perfect audio caffeine for long, tiring drives along the interstate. Fantastic work, and I'd bet an amazing live act! (Prophase Music) 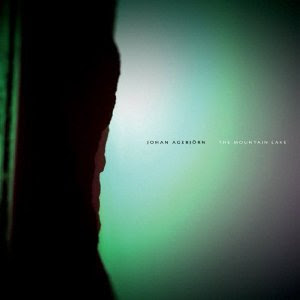 Melodic ambient techno/electronica from Sweden, "The Mountain Lake" cruises into the celestial heavens at its best, but this collection of collaborations and remixes has some definite faults. "The Stones Are Blasted", for example, comes across as silly new-age piano/synth fluff. On the other hand, "Swimming Through The Blue Lagoon" is a nice bit of Kraftwerk-style electro-pop. And "Take Me Home" is a superb Biosphere-styled arctic ambient journey. There's a lot of promise here, but "The Mountain Lake" just isn't as cohesive a mix as it should be. (Lotuspike)

Johan Agebjorn page
Posted by Goatsden at 5:19 PM No comments:

Any fans of intelligent and complex ambient and electronic music from some fine Vancouver artists should check this page:

Rare and out of print Map Music CDs are available again, in very limited quantities, for only $12US apiece, including shipping (in North America). The releases include long unavailable recordings by Phil Western (a member of Download and platEAU, among others), Mere Mortals, Pilgrims Of The Mind, Cooldown (with a remix by Western), and the classic and seminal "Welcome To Lotus Land" compilation.

This may be your last chance to find these releases without paying exorbitant collectors prices, so hop to it!
Posted by Goatsden at 2:18 PM 2 comments: 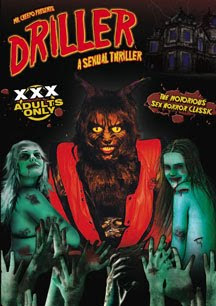