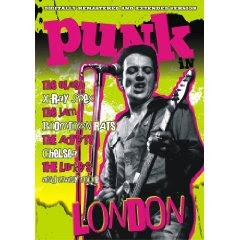 This is the first in a series of three films that German director Buld completed in the late 1970's, as he observed the infancy and explosion of the punk and post-punk scenes in England. "London" is a collection of candid interviews and footage -- all shot in the snotty late-70's heyday. Buld's narration is sparse, as he lets the bands and fans do the talking. Sure, a lot of the latter-day punk has been fueled by a juvenile need to rebel and shock, but most of these early acts were reacting to the Thatcher-led era of working-class discontent and frustration. Indeed, the social climate of unrest and oppression was paramount to the aggression and rage that many of these bands felt. And if the rudimentary riffing and shouting of punk wasn't always unique, it was a jolt of energy and adrenaline to a stagnant and bloated rock corpse. And besides interviewing punks themselves, Buld had the foresight to also take a different angle -- interviewing less-tolerant subcultures like the 'Teddy Boys', who manage to sound like true street thugs. This is entertaining and provides a dissenting thought on the whole romanticized punk movement. The foundation of this film is, of course, the music, and with period live footage from such acts as The Clash, The Jam, Adverts, Boomtown Rats, Chelsea, Siouxsie & The Banshees, and many more, "Punk In London" is a treasure-trove for fans. Seemingly the focus of much on-screen time, The Clash are head-and-shoulders the highlight here, with incendiary live clips and interviews with Strummer, Simenon, and Mick Jones. There's even extended live footage that shows the Clash to command the stage with reckless rock abandon. They were really one of the greats. A fine document of the scene in it's primal infancy. (MVD Visual)
Posted by Goatsden at 7:37 PM No comments: 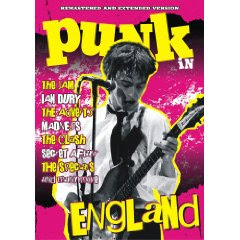 This is the follow-up to "Punk In London", and this time Buld focuses on the influence of punk on it's own step-children -- new wave and ska. Bands like The Jam, Madness, The Specials, Boomtown Rats, The Clash, Pretenders, and others are featured, and there's a wealth of classic pro-shot live video to appease even casual fans. A bonus film, "Women In Rock", is actually almost more interesting, presenting the Slits, Siouxsie, Nina Hagen, and others. They all touch upon sexism in rock, and these groundbreaking women deserve credit for taking such chances long before 'Riot Grrl' empowered girls to pick up guitars and make some noise. Not an essential DVD, but a nice portrait of an important time in indie music history. (MVD Visual)
Posted by Goatsden at 7:33 PM No comments: 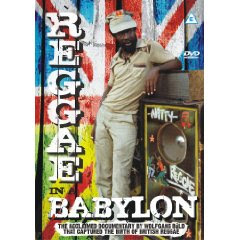 The third (and presumably final) film in German director Buld's series of films examining the punk and post-punk music scene in England, this one focuses on the influential reggae scene that ran parallel to the punk scene of the late 70's-early 80's. If punk and reggae don't sound like brethren, give a listen to UK acts like the Clash, the Slits, any ska, or even the On-U Sound posse, where the links become much more apparent). Like punk, reggae involved disenfranchised youth who channeled their disapproval for the depressed economic climate by making music that expressed universal truths and unity. There are some visionary and world-wise artists featured here, including the well-known Steel Pulse, and this music has aged much better than it's punk half-brother. Timeless and worthy. (MVD Visual)
Posted by Goatsden at 7:31 PM No comments: 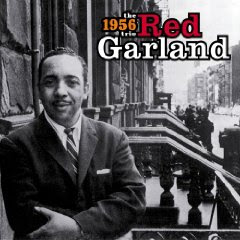 Pianist Red Garland was a fixture on the great jazz scene of the 50's-80's, and even non-jazz aficionados may have unknowingly heard his work with Charlie Parker and the Miles Davis Quintet (among others). Here, he leads a trio (with Paul Chambers on bass and Art Taylor on drums) and the resulting sounds are lovely, sweeping, and intimate. "Makin' Whoopee" swings gently and romantically, while "Blue Red" is as it suggests -- a bluesy slow jam by Red and company. "Constellation" is a frenzied bit of out-jazz, stopping on a dime and showing the synergy these guys had. They lived and breathed music, and this intense, yet accessible set is evidence of just that. These recordings were originally released as "A Garland Of Red" in 1956, and this CD reissue adds 5 bonus tracks from the same era, effectively completing Garland's studio work in the trio configuration. Essential studio work from one of the greats. (EJC)
Posted by Goatsden at 9:31 PM No comments: 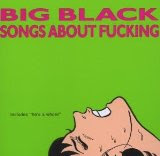 Steve Albini is probably known more now as a recorder/producer, single-handedly helping to put grit on some classic indie rock and noise albums. I'm not about to go into details about which legendary releases he's worked on. The older folks remember Albini as frontman for notorious and confrontational Chicago noise-grind band Big Black (before he formed the relatively less confrontational Shellac). Big Black released several fine LPs on Touch & Go Records way back in the day, with titles like "Atomizer", "Songs About Fucking", and "Pigpile". These are all essential listening for anyone with an ear for anti-social guitar/gutter rock. 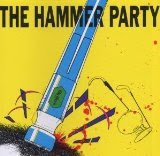 Here, someone has compiled a masterful selection of unreleased and rare Big Black compilation tracks, demos, and oddities (including some work by Stations, which featured Albini and future Dessau mainman John Elliott, interestingly). Anyway, "Way Hap Ultimate Rarities" is a 2xCD set of assorted Big Black nuggets, and some wonderful soul has posted these fine recordings for you to suckle on. Let the nihilism rain down on thee! 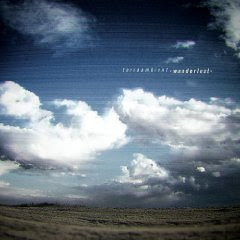 Textural electronic composer Jeff Kowal's relative newness to the genre is definitely not reflected in this, his third album as Terra Ambient. "Wanderlust" is Kowal's personal soundtrack to his new home in the American Southwest, and it seems he has captured that vibe marvelously. The mysterious and magical 'Myth', for example, blends tribal drums with darkly cinematic strings and erupts into a dramatic and melodic crescendo, giving off a distinctly dusky, primeval mood. "Visionquest" begins as a darker, solemn synthscape as well, before giving way to a more uplifting and flighty direction. Kowal seems to be gaining some ground melodically on this release, gravitating from the pure texture/mood and into a more structured sense of landscape, and it works quite well. Imagine a new soundtrack to something like "Baraka" or even "Planet Earth" and you will be, perhaps, in the ballpark. Kowal is a master of mood and shadowy texture, and "Wanderlust" is perhaps his finest work yet. (Lotuspike)

Jeff Kowal's blog
Posted by Goatsden at 10:44 PM No comments: