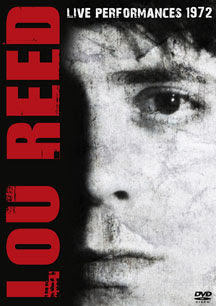 Filmed for European TV, this set compiles a pair of 1974 shows (Paris and Brussels), but the transfer quality is really sub-par, most definitely a degraded VHS. In fact, some of this is so obscure, it's really a sort of rip-off for any Reed fans expecting a serious release. Consider this a bootleg at best.

To further beat this dead horse, Lou Reed in this era was at his most flamboyant, all glammed-up and with a mainstream commercial backing band that butchers classic cuts like "Sweet Jane" and "I'm Waiting For The Man". This is an period best left forgotten, thank you very much.

The only saving grace is the 1972 version of "Heroin", performed with John Cale in Paris. Sublime and classic. Appended to the end as an afterthought, this short clip is the best thing here, by far. Only the most devout Lou Reed fans need apply here. (XXL Media/MVD Visual)

Lou Reed website
Posted by Goatsden at 7:34 AM No comments: 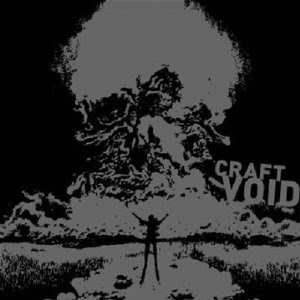 Vicious and fiery black metal from Sweden that transcends the usual black metal sound by going even more brutal. For their 4th album, Craft dredge the depths of despair and fan the flames of hate with a powerful and crusty attack of simplistic but bowel-churning riffs and rhythms. Solid, solid work here. (Southern Lord)

Craftspace
Posted by Goatsden at 6:37 AM No comments:

This excellent documentary was begun over 18 years ago as a look at life on the road with indie/garage rockabilly act the Flat Duo Jets. In their prime, the Flat Duo Jets toured with the Cramps, and were a part of the thriving Athens, Georgia indie rock scene of the late 80s alongside R.E.M. Their influence can be felt most prominently with Jack White (who is interviewed here), as well as fans and friends Cat Power and Neko Case, among others (who are also featured here). As time elapsed, and the band crumbled due to a variety of issues (including alcoholism, depression, and paranoia), this film was put on the back burner.

Now, with full participation of prime songwriter Romweber, this tale can be told, now focusing on the perils and lifestyles of a touring musician and a band on the verge of stardom.

Compiling original black-and-white footage of a young Romweber with drummer/Flat Duo Jets partner Crow Smith, this film is both historical document and fascinating look into the mind and career of one of America's most unique songwriters and characters. Recent footage puts everything in perspective, as Romweber today tours with his new group, the Dexter Romweber Duo. He's much more level-headed and balanced, and he tells candidly of the destructive lifestyle he's thankfully left behind. "Two Headed Cow" gives me a new appreciation of the Flat Duo Jets, and this is a superb documentary for anyone interested in the life and times of an indie artist who's survived. (Cape Fear Filmworks/MVD Visual)

Flat Duo Jetspace (likely not official)
Posted by Goatsden at 6:16 AM No comments: 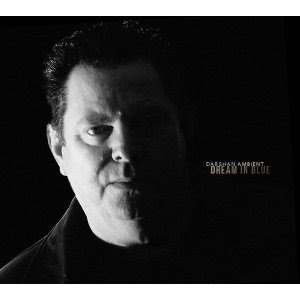 An ambient electronic homage to Miles Davis and John Coltrane, "Dream In Blue" cruises along with spacious jazz-based grooves, hinting at the exotic Indian and African notes of these masters. Still, this falls more on the 'ambient' side, rather than 'jazz', per se. Darshan Ambient's Michael Allison evokes similar moods to his heroes, while retaining his own identity. Lovely and recommended. (Lotuspike)