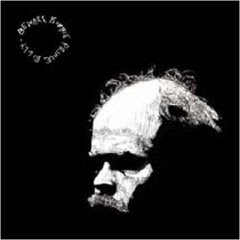 It's strange to realize that a hotbed of indie-rock creativity, known the world over, can be found a mere 2 hours away, in Louisville, Kentucky. From punk/noise brats Squirrel Bait to indie icons Slint, from Rachel's to My Morning Jacket -- all have called L-ville 'home'. Without debate, the prolific and inimitable Will Oldham could be considered among the most important. Covered by Johnny Cash himself, and a collaborator with such renowned individuals as Bjork, Tortoise, Kanye West, and tons of others, Oldham's Bonnie 'Prince' Billy nom de plume has been his personal focus for some years. 'Beware' is his umpteenth album (who's counting?), and it may be one of his best and most developed.
Continuing with a similarly laid-back vibe as last year's decent but kinda forgettable 'Lie Down In The Light', this isn't a return to his influential early-90's lo-fi, mope-folk days. Oldham's voice doesn't waver like it used to. He's learned to sing within his limits, and his backing band brings a rootsy and distinctly classic country sound (banjo and pedal steel figure prominently, as do mandolin and violin) to the table - fitting considering this is an album full of what seems to be autobiographical laments. "I Don't Belong To Anyone' is an old-fashioned country heartbreaker -- lyrically seeming deceptively simple, but packing a sincere wallop upon closer listen. The first single, 'You Are Hello', is a lovely and ultra-catchy 2-minute bit of rollicking down-home good times, at least on the surface. Unless you analyze the lyrics closer. His use of language, metaphor, and juxtaposing the happy with the sad is the work of a true artist, and this is another great example of Oldham using this skill. There are plenty of smart and literate working-class tunes here, and I'd wager at least a couple will stick around for a long, long time. (Drag City)

Here's the official video for the brief but catchy 'You Are Hello' - one of my favorite songs from this new album...

Posted by Goatsden at 8:45 PM No comments: 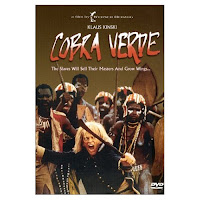 Ah, I am more and more seeing why Herzog is considered a visual genius. His eye for natural landscapes is arresting, and always something to behold. And his innate sense of connection to nature and spirituality (not to be confused with dogmatic belief systems) makes him a fascinating character, to say the least. This 1987 flick is truly epic, and on the basis of imagery alone, it's a work of art. But the story and acting aren't anything to sneeze at, either.
Starring Klaus Kinski as role of 'Cobra Verde' - a lawless loner/outlaw who is hired by the rich boss of a Brazilian sugar cane plantation to oversee the slaves in the fields and in the production. Well, maverick (damned if that word's not been bastardized of late, but fuggit) Cobra manages to lecherously enough make all three of his boss's young daughters pregnant. Subsequently, in lieu of being killed for his indiscretions, he's exiled to Africa, under the pretense of bringing back more slaves. To the plantation mogul's surprise, Cobra survives the fierce and cut-throat (and, not surprisingly, given the circumstances, unfriendly to the white man) culture and manages to carve out a life amongst the tribal locals.
His good luck eventually gets the best of him, as he's used as a pawn between warring kings. Kinski is terrific as the slightly mad protagonist who's not so much likeable as he is magnetic. His hedonism and selfishness gets the best of him, and the final scenes, of Cobra's lonely passing, is highlighted by the presence of a surreal deformed cripple who seems to show us that he is the more divine/fortunate one, somehow. Rich visuals, grand scenery of an epic scope, and the unhinged Kinski make this one very worthy of attention. And the soundtrack by the wonderful Popol Vuh is splendiferous, even. Viva Werner! ! 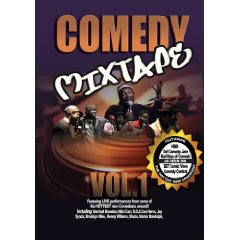 This is a comp (done in an annoying and distracting mixtape fashion) of some up-and-coming urban comics, and there's some fine material here, to be sure. Unfortunately, it's shot rather poorly, in bootleg style. And this very jumbling is what hurts 'Comedy Mixtape' the most -- it doesn't allow for any comic to really stand for themselves. Instead, we get splicey bits and pieces of each, without so much as a consideration of styles or attitudes. Cool Herc's pimp-tabulous style is melded with Nikki Carr's 'fat girl' humor. Sinck is a likeable and down to earth fellow, as is Marshall Brandon. Macio reminds me of a younger Bernie Mac (not a bad thing), though he tends to rattle on about Puerto Ricans an awful lot. Jay's fast-talking mannerisms are a blur. Overall? Not worth wading though the muck to find the gold. (ProWax via MVD Visual)
Posted by Goatsden at 10:46 PM No comments: 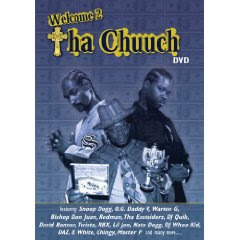 From the archives of OGTV and Dog House Records comes this (probably unlicensed) selection of camcorder bits and bobs. It's inessential and really without any focus or direction. Maybe being a fly-on-the-wall with Snoop Dogg and friends (Beanie Sigel, Bishop Don Juan, etc.) pimping it out, recording tunes, and just hanging out is something you'd like to be involved with, but if not, this one's really quite disposable. A shame. (ABC Entertainment/Voiceprint)
Posted by Goatsden at 10:44 PM No comments: 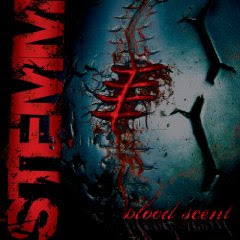 Raised in Buffalo, this modern metalcore act brings the thunder, with crystalline radio-ready production and a sound that brings to mind Pantera and Metallica - both enviable (though predictable) inspirations. The group's crunch is loud and aggressive, taking elements from heavy thrash as well as power-groove metal. Standouts? How about the powerful opener, 'Blood Soaked', which is a prime example of the group's synthesis of metallic styles. Songs like the midtempo 'Beneath My Skin' fall pretty close to the mainstream, but it's all remedied with their cover of Nine Inch Nails' thrashy 'Wish', which manages to harness the punchy, disheveled anger of the original. It's even followed up with an unexpected and grim experimental soundscape to close it out - can't fault that. Taken as a whole though, 'Blood Scent' is hard-hitting, mean, and covers just about everything you need in a new metal act. They may not take as many chances as I'd like to hear, but it's certainly a solid effort. If these guys don't catch on, it's a shame. (Catch 22) 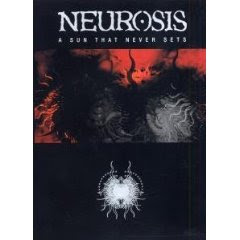 As one of the longest-lived and influential of the so-called 'alt.metal' groups, progressive heavy band Neurosis have few peers (aside from maybe the mighty Melvins). Their scalding mix of detuned, post-SWANS lurch and grind is tempered by a penchant for fiery, pagan folk and even a good dose of tribal ambience (as with their alter-egos, Tribes of Neurot, who get an ambient visual section here, as well). 'A Sun That Never Sets' is the group's first video release, and it successfully blends the complex pulsations of the band's deep and dark sound alongside often abstracted visuals. The stop-motion, landscapes, kaleidoscopic images, and effected live footage (and a recurring raven theme) are collaged into a hefty and doomy accompaniment for Neurosis's searing, psychedelic intensity. It's a breathtakingly dense mix, simultaneously intoxicating and suffocating. That's an endorsement, I'd say. (Relapse Records)

Neurot Recordings site
Posted by Goatsden at 5:33 PM No comments: 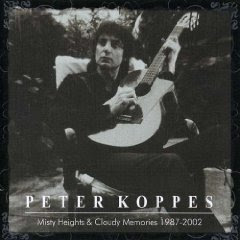 Australian psychedelic group The Church have been around for a great long time, creating some memorable and suitably trippy space-out rock sounds, yet seldom lacking in melodic hooks and darker, more introspective overtones. This fairly concise solo retrospective from guitarist Koppes shows off his own chops, sans the band, and damned if this apple doesn't fall far from the tree.
Disc A covers his more recent output, and these are clear evidence that Koppes' spectral guitar sound is integral the Church's oeuvre, indeed. Certainly, the mystical poetics of (Church frontman/lyricist) Steve Kilbey are missing here, but Koppes does an admirable job at keeping it consistent and stylish, even ambiguous at times. Atmospherically, the subtly mysterious tones and almost-ambient flow are more than palatable. 'Met Her Today' is a catchy pop tune of the highest order, whereas 'Thank You' could be a Church outtake circa 'Starfish'. Disc B showcases Koppes' earlier solo work, and although some of this sounds awfully dated with primitive drum boxes and simplistic keyboard accents, there are some fine little songs here as well. 'Desert Flower Bride' is a top-shelf standout, with the resounding chorus of 'I don't know what love's about' - this one will stick in your head, to be sure. For Church fans, this one's a must-hear. Otherwise? If mature, artfully-done psychedelic pop is your destination, here's your ticket. (Immersion) 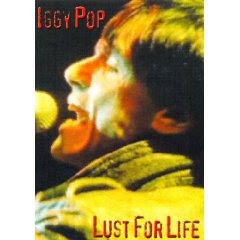 This 1986 German TV documentary runs at a modest 41 minutes, but it does an admirable job in profiling the man's history and personality. It's centered around a fine interview with Mr. Osterberg (that's Iggy to you), and that footage is of a sober and highly articulate Iggy - full of smiles and his usual well-spoken playfulness. There's also plenty of historical info (including an interesting interview with Stooges guitarist Ron Asheton (R.I.P), who provides another informative side to the Stooges saga). Live clips (from the then-current 'Blah Blah Blah' era) round out the program, and though these are far from Iggy at his finest, this DVD more than exceeded my expectations. A worthy bit of history for any Stooge-o-phile. (ABC Entertainment via MVD Visual)

Also, it seems Mr. Pop is currently recording a new solo disc, titled 'Preliminaries'.
See this link for more info.
Posted by Goatsden at 12:29 AM No comments: