Tonight I treat myself to a bottle of Dogfish Head Aprihop Ale...another stunning craft beer from my favorite stateside brewer - Dogfish Head, now based in Milton, Delaware. These folks have created such fine beers as the '90 Minute IPA' (a strong and sensational pale ale), 'Raison D'Etre' (with some unexpected and original ingredients), the legendary 'Midas Touch Golden Elixir' (which is patterned after one of the oldest fermented beverages in the world), and other fine ales. If you enjoy a good craft beer, I heartily recommend you try any of this company's amazing brews. The Aprihop brings an unlikely infusion of apricot to a nicely-hoppy mix, and it somehow works without being overly frilly or sweet. Perfect! Dogfish takes chances and creates some distinctive and unique flavors for the adventurous drinker! Prost! Dogfish Head
Posted by Goatsden at 1:04 AM No comments: 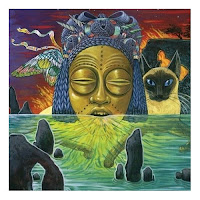 The second solo album from Portland guitarist/vocalist/inner space traveler Honey Owens, 'Naked Acid' is a brilliant piece of twilight psychedelia with some nicely out-there touches. But unlike others (not naming names), she wisely never fully loses sight of the songs themselves - pulling them back in when they wander off too far. Owens' drifty, distant vocals are seemingly pulled from another ghostly dimension, and her guitar is both melodic and ferocious, often at the same time. Pieces like the unforgettably-titled 'Fuck It' are wispy slices of proto-ambient blues, if that makes any sense, with only a spartan drum amidst the layers of guitar noise and lysergically-driven effects. 'Fire' almost returns to Earth (hah) and is as close to a pop-song as Owens is likely to pen, while the closer, 'Streets', boasts some surprisingly jacked-up some drum programming alongside the jagged drones. Astoundingly beautiful and individual work here. (Kranky)
Posted by Goatsden at 4:05 PM No comments: 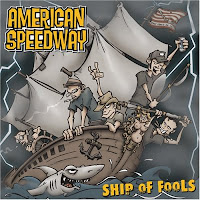 All-American balls-out RAWK from this Philly band who are hellbent on busting their amplifiers and your eardrums, if you get too close. This is simple stuff, with no scenester poses or slick haircuts. American Speedway are about the rock of it. And it's a heavy, yet well-measured dose (31 minutes that don't back down), easily for fans of the bare-bones adrenaline/sweat sounds of AC/DC or the Supersuckers. They don't easily fit into metal or punk camps, though will easily appeal to fans of either side. 'Cocaine' is destined to be an anthem for all times, with it's raw and anarchic boost of energy. American Speedway are a blitzkrieg of boisterous ferocity with the power to shake some booty and crack some skulls in the process. Loved it. (Prophase/MVD Audio) American Speedwayspace
Posted by Goatsden at 4:01 PM No comments:

Labels: rock, rock out with your cock out 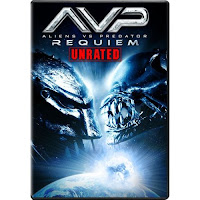 Hmm. After an awesome trailer last year, I was actually hyped to see this one (despite the last 'AVP' entry being pure shite all the way through, with respect to Lance Henriksen who had to pay some bills). Anyway, damned if star Reiko Aylesworth (as Kelly O'Brien) isn't an adequate stand-in for Sigourney Weaver. She has the look, the sinewy tough military exterior, the loving, feminine maternal side, and...well, not quite the acting chops. She and small-town just-released-from-jail boy Dallas Howard (played decently by Steven Pasquale) fend off a marauding force of treacherous aliens, crash-landed on Earth when they escape a Predator's mobile space lab. Okay, sounds fine so far. And, to it's credit, 'AVPR' is really nicely splattery, with a surplus of head-smashings and exploding body parts. Score some points for not holding back on that front. The problem comes in when the plot introduces some petty and generic teen characters. What follows is a highly pedestrian teen-action-horror romp, with the requisite 'hot girl' jealousies, jocko homo in-fighting, and insipid conversation. Maybe that's a lot like real life, but this script kinda sucks. It's evident that this film was aimed at that kinda audience, as there's little here to recommend it to die-hard fans of 'Alien' or 'Predator', two classics of the sci-fi genre. The franchise of 'AVP' needs to end here, and now, as this kind of mindless pabulum doesn't expand or add to the mythology of either character. The big showdown at the end is in the form of the Predator facing off with a hybrid 'Predalien', and this climactic battle scene reminded me of a choreographed pro wrestling match, or maybe a silly old Godzilla movie. Ugh. Pass on this one. trailer
Posted by Goatsden at 3:58 PM No comments: 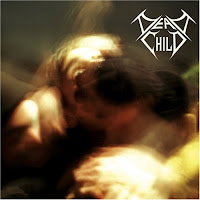 Louisville, Kentucky has a rich musical pedigree, especially in indie-rock circles. As the birthplace of the ultra-influential Slint, the city's legacy is important indeed. It's been well over a decade since Slint (who had local ties - they played their final show here at UE, and guitarist David Pajo went to school here, albeit briefly) disbanded. Members have been around, in bands like The For Carnation, Zwan, and Tortoise, but some members reconvened in 2005 for a brief (and sold-out) Slint 'final' tour, and, oddly enough, formed the wonderfully-named Dead Child. This is metal, pure and simple. Classic metal - as in Iron Maiden and Judas Priest (maybe a little Ozzy, even). In fact, much of this would fit really nicely alongside those acts, as vocalist Dahm (from indie rockers Phantom Family Halo) channels both Dickinson and Halford as well as anyone. And using inspirations from great horror fiction and film ('Twitch Of The Death Nerve' is a song title, for example), this crunchy, antisocial mix is tight and ballsy, just as well-forged metal should be. 'Angel Of The Odd' is rollicking ride into Beelzebub's bowels, and 'Wasp Riot' just begs for denim jackets and fist-pumping. I bet they're a hoot live, too. Metal up yer arse! (Quarterstick/Touch & Go) homepage
Posted by Goatsden at 3:54 PM No comments:

The Coen Brothers - "No Country For Old Men" 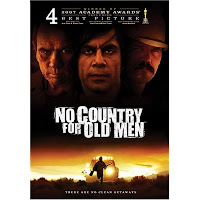 This one's been dissected in blogs and at the proverbial 'office cooler' for months now, and barely needs any kind of description or guidance, but here's my say. Javier Bardem (as vicious murderer Anton Chigurh) is magnificent, cold, and purely evil as the lawless killer in search of a huge stash of stolen drug money. The admittedly idiotic Josh Brolin gets himself in far too deep when he stumbles across the drug money and then (duh) returns to the scene, where he is spotted by both the law and Bardem. This sets up the film as a kind of race to see who can track the riches first. Tommy Lee Jones is superb as the aging sheriff who is trailing both killer and drug money, and this tightly-wound film ended up winning a truckload of Oscars. It's a mean movie, not for the squeamish, and very dark - with a nice amount of subtlety. I liked it. trailer
Posted by Goatsden at 3:51 PM No comments:

Kirchenkampf - "Island Of The Dead" CDR 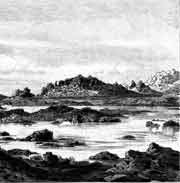 A lonely, desolate, and often spooky 42-minute travelogue over dank landscapes and abandoned ships, this masterfully-produced single track is an evocative and dark masterpiece of post-industrial drone and tense cinematic soundtrack. Composer John Gore has been active for years, and this is perhaps his finest hour. He proves his hand at subtle and deeply filmic soundscapes with 'Island Of The Dead', and I'm convinced. Easily recommendable work. A gem! (Cohort Records)
Posted by Goatsden at 3:43 PM No comments: