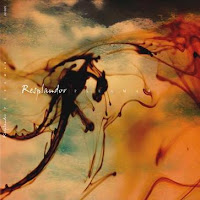 Some rather superb and deep shoegaze sounds from, of all places, Lima, Peru! Boasting of production and mixing by one Robin Guthrie (Cocteau Twins), these songs shimmer and drone like long-long cousins of Slowdive's prime material. And while they aren't as innovative as Slowdive (it IS 15 years later, of course), Resplandor are just about as good. Take that as some serious praise.

And, like that influential group, the vocals here are little more than a series of echoes, coos, and breathy 'baaaah's. That said, I do detect some English lyrics (maybe), but in reality, who cares? The music is simply heavenly, drifty, melodic, and soothing in a womblike way. The title track singes, sizzles, and burns with heavily-effected guitars while epic drones encase the whole sound into a cohesive whole, and the melody oozes out. This is a must-have for anyone who laments the lack of new material from My Bloody Valentine.

'Boreal' incorporates some glitchy electronics into the mix, and effectively places Resplandor outside the realm of purely 'retro' acts and nudges them into the future. I've seldom heard such a convincing melding of ambient guitar washes and swollen drone/noise. I'll be investigating this band further. I just want to turn it up loud and drift off (and away). (Automatic Entertainment)