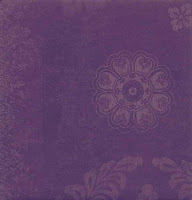 A very fine set of abstract experimentalism from a couple of rather obscure sound artists, this is one in a continuing series from micro-indie Cohort Records (based in Monticello, IN of all places!).

The Infant Cycle is a Canadian artist (Jim DeJong) who has been releasing a steady stream of cassettes and cdrs since 1994. His 3 tracks here are subtle and understated soundtracks of varying tension and droning mood. His opening cut, 'Everything In Slow Motion', begins with a nicely bassy rhythm not unlike some of Lustmord's slow and deliberate semi-beat pieces. But whereas Lustmord surrounds his rhythms with lots of reverberations and spooky ambience, DeJong's track has a more playful air to it - and even a subtle tribal vibe. But it all ends rather abruptly as the track changes direction mid-song and becomes a faster-paced mantric drone and buzz. I liked the first half best. 'Field Musick For Marcus (Bag Of Hiss Life)' is a field recording of 'harbourfront' - a sedate and actually kind of calming soundscape, and 'Organ Music For You' is an obnoxious and 'industrial' sounding slice of shrill keyboard tones that evolves into a mellow ambient piece. Weird and schizophrenic.

Tucked in-between is a brief 40-second collaborative piece by both artists, and it's really barely there.

Dronaement is the loop/sample/field recording work of German composer Marcus Obst, and his series of 6 tracks are very quiet and receding in nature, pleasant and unobtrusive yet rather otherworldly and almost psychedelic at times ('Switch To Mono, Jim' is a good example of this confusing and inviting direction). He takes pride in NOT creating the usual dark and stifling industrial sounds, but wisely, he combines the dark with the light (after all, you can't have one without the other, eh?). His use of natural sounds (birdsongs, wind, maybe some insects or frogs?) is refreshing and lovely, too.

Overall, a mostly listenable selection of drone/ambient sounds to float away with, with an artful presentation (the disc is enclosed in a nicely-designed sleeve with informational insert). (Cohort Records) 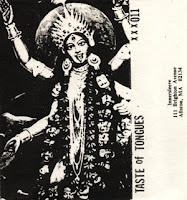 This is a rare (500 copies were produced) collection of underground industrial tracks from some obscure 80's era artists, notably Massachusetts occult/fetish act Sleep Chamber - who released this on their/his own label - and several of their spin-offs (Hidious In Strength, 7 From Life, Women Of The SS, Massman). Also appearing here are still-active English darkwave act Attrition in their early (more surreal and experimental) days, and Belgium's Bene Gesserit and Human Flesh, who were fronted by Insane Music mainman and nice-guy Alain Neffe. Lots of weird, lo-fi, loopy, spooky, and psychotronic sounds for scaring potential mates! Whee!

Side A
Side B
Posted by Goatsden at 10:22 PM No comments: 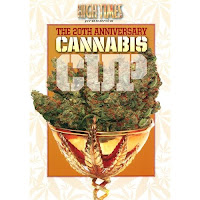 Assembling in Amsterdam every November, a great festival takes place, and it's one that probably couldn't exist anywhere else in the world. Here's where top growers (and consumers) make their pilgrimage to experience the world's finest weed and hash. But only one lucky type of greenery gets the crown.

Now, I'm no authority on this culture, but from the looks of things, it's a lot more involved and artful than the average ghetto-stuff on the streets here. Judges at the Cannabis Cup focus on taste, sensation, mood, and spiritual effect. Maybe it's a lot like a good craft beer or wine tasting?

Anyhow, this hour-long documentary interviews a variety of characters in the scene, and features some rather humorous moments (like the pompous and boastful New York 'group' that entered someone else's crop in the contest and called it their own - for shame). There are stoners galore here, naturally, and some likeable and mellow individuals who bring a good knowledge and enthusiasm for the contest and Amsterdam in general. Turns out the festival is a loosely-organized, but accurate assessment of the different (mostly) genetically-engineered strains of ganja, and it's a world-class convergence of cultures and like-minded aficionados. Cannabis Cup is a hub for international experts - from the habitual chronics (like Redman, who's appearance here shows the extent of his blunted-ness) to those with medicinal interests (a particular cancer survivor here is highlighted as well). Educational? Yes. Entertaining? Mildly.

There are some nice bonuses, too, as in a nice 'lesson' in cultivation from a leading authority in the dutch coffeehouse business. And the huge bonus booklet (it's actually bigger than some magazines) of ads, articles, and maps included with the DVD is simply a work of art.

It seems to me that ganja is far less harmful to our culture than alcohol, which is acceptable for any and everyone (provided you are 'of age'). Now, what government organization will be watching ME for posting this review? (High Times)

Posted by Goatsden at 5:56 PM No comments: 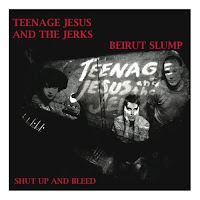 This new collection of early (1978-79) work from a young Lydia Lunch and friends is a welcome summation of this post-punk chanteuse's classic (and timeless) no-wave proto-noise rock, including just about everything from the band's rare 7" singles, 12 inches, and compilations. This 29-song compendium also generously provides some unreleased bits from Beirut Slump sessions (with vocalist Bobby Berkowitz, who sounded a little bit like Marc Almond if he were really strung out).

Heralding the soon-to-be-vital NYC scene that spawned peers like Sonic Youth and Swans, Teenage Jesus and Beirut Slump's live shows were fiery and intense exercises in endurance and exorcism, eviscerating audiences with their shards of broken-glass guitars, rudimentary drums, and Lunch's atonal shrieks and agonized wails. You could probably consider this 'punk', in a loose way, but Lunch's marriage of visceral aggression to a looser, more experimental and even almost jazz/improv vibe places them firmly into more avante-garde territory. Cuts like the feral 'Less Of Me' showcase Lunch's spunky back-alley attitude, and the haunting whirlwind of the aptly-titled 'Tornado Warnings' show the force that TJ&TJ were capable of. Of note as well is drummer Jim Sclavunos, who has since gone on to join Nick Cave's Bad Seeds and Grinderman.

Lydia has since grown up, and has gone on to refine her primal anger and biting cynicism at our troubled culture through other mediums, but never has her attitude been so brutal and primal. Essential works here. (Atavistic)

Lydia's website
Posted by Goatsden at 2:39 PM No comments:

Those who know of the legendary Sheffield group Cabaret Voltaire know them as early 'industrial' music proponents, especially as the group pioneered the combinations of electronic sequences, found sounds, tape voices, and dance-oriented rhythms that would eventually define a genre.

What is less discussed is the serious mutant FUNK that (Stephen) Mallinder and (Richard H.) Kirk had. Their middle-period (early 80's) was funky in an urban sci-fi nightmare way. Predating much of what was later to become the tepid 'industrial dance' scene, the Cabs created odd and otherworldly soundscapes based around loose beats and hallucinogenic cut-ups.

This live recording, never officially released, is reportedly from the Rock City Club in Nottingham, from May 26, 1982. The quality is superb (actually worthy of release, and obviously soundboard) and this highlights some of the finest work Cabaret Voltaire were to produce, synthesizing their early avante-garde roots with forward-thinking electronic music, compete with accessible basslines and uneasy vocals.
Posted by Goatsden at 10:17 PM 2 comments: 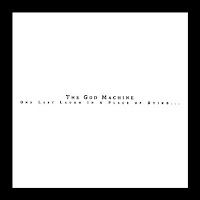 When I received a promo cassette way back in the early 90's from a major label, it was usually something pretty expendable and forgettable. But one group captured my attention quickly, and I found myself returning to that poorly-recorded advance tape again and again.

Enter The God Machine. Born in San Diego and raised in England, this 3-piece rock group combined edgy almost-industrial tension and not-quite-metal guitar noise with rich textures and deeply brooding atmospheres. And all the while, they wrote catchy songs! But these great tunes and powerful vibes were not to be. The band received little attention in the states, and their debut album, 'Scenes From The Second Storey' was lost in the alt.rock shuffle. Undaunted, the band moved on and recorded a second LP of moody, artful, and dynamic rock, which was released in 1995. Titled 'One Last Laugh In A Place Of Dying', this album barely received any distribution nor promotion, either, and only found it's way into die-hard fans' hands.

During the sessions for 'One Last Laugh', bassist Jimmy Fernandez was diagnosed with a fatal brain tumor, and he passed away soon thereafter. Saddened and uncertain, vocalist/guitarist Robin Proper-Sheppard and drummer Ron Austin opted to put the band to rest.

Proper-Sheppard has made a name for himself since with his group Sophia, who I've yet to hear, as well as a label (Flower Shop Recordings). Austin has left the music business entirely (though he did perform as a guest drummer for The Cure's 'This Is A Lie' in 1996).

Nonetheless, the group's 2 epic records are testament to the power and intensity of what was once the God Machine. 'One Last Laugh' is now quite rare and is fetching large amounts when found.
Posted by Goatsden at 9:08 PM No comments: