Just received this bit of info, and this trailer. It seems that I have some kindred spirits in my mission (life is far too short to drink crap mainstream/corporate beer)! This film is being shown in 440 theaters across the United States...I look forward to seeing it!


More clips can be found here.
Posted by Goatsden at 9:54 PM No comments:

various artists - "Made In Iceland" CD 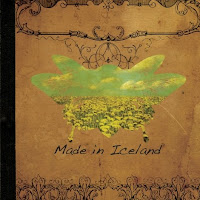 Anyone who knows me, knows of my appreciation and support for Iceland's art and commerce (Skyr, anyone? Yum. Brennivin? Nah, thanks.). Anyhow, this sampler CD was a sort of promo to bring some of the small country's amazingly creative (and thriving) arts scene onto the international stage. I'm dissecting each track for you, dear reader. I hope you are encouraged to look into something here. This is a swell comp and you should give it a chance, boyeee (or grrl).

Steed Lord - "Who U Wit?" - This trashy Euro-club banger will change the mind of anyone who stereotypes Icelandic music as 'fairy-pop' (due to Bjork and Sigur Ros' high profiles). This is a dual female-male vocal cut that smacks of parties and wild nights, with it's elements of r&b and techno. It's dirty and sexy, and oh-so late night. For fans of Peaches, electroclash, etc.

Seabear - "Libraries" - I've liked these guys/girls for a while. Love the name, pretty and soft-spoken ambient pop that should find favor with fans of Mum or maybe Sigur Ros' less expansive songs. This is a beautiful bit of mood-swirl, with simple and childlike melodies and sweet harmonies.

Emiliana Torrini - "Me And Armini" - Emiliana's pixie-ish folk-pop is pretty and mature, reminding me of a female version of Mugison. It rocks, but in a laid-back kinda way. Just gorgeous.

Bang Gang - "The World Is Gray" - Bardi Johansson's pop sounds are an Icelandic staple, it seems. This is pleasant but unremarkable.

Hjaltalin - "Traffic Music" - A new Reykjavik-born group whose debut release is being produced by members of Mum. 'Traffic Music' is sparkly and upbeat pop, with brass and a frenzied jazz/swingy sort of vibe. Definitely unique and harmonious.

Ólöf Arnalds - "Klara" - Not to be confused with the better known electronic musician Olafur Arnalds, Olof is a female multi-instrumentalist who creates sparse folk, with a tuneful but exotic voice. Think Joanna Newsom and you'll be in a similar place.

Borko - "Shoo Ba Ba" - Borko's been around for some time, and this avante-beatbox tune is melodic and ramshackle like some of Mum's toytown tunes. Little bits of voice samples, simple musicbox melodics, xylophone, etc. The guitar part brings almost a prog-rock element. Nice stuff.

Valgeir Sigurðsson - "Focal Point" - Valgeir's production has graced albums by both Bjork and Bonnie 'Prince' Billy, among many others. On this solo piece, he combines electronic rhythms and filmic strings - a perfect soundtrack to, well, something that's alive and full of wonder!

Ólafur Arnalds - "3055" - I'm already a fan of Olafur's perfectly-orchestrated electronic symphonies. This track, from 'Eulogy For Evolution', is a minimal piano and string composition - stunning and classy, with a sweetly sad disposition. My favorite new Icelandic discovery of recent times.

Benny Crespos Gang - "12223" - Here's some heavy, screaming rock wildness, not quite metal and not quite indie, but somewhere in-between. Thick riffs, glammy vocals, and ideal for packing a sweaty, drunken club in downtown Reykjavik or something.

Sigur Ros - "Inni Mer Syngur Vitleysingur" - No description necessary. One of the better songs on their recent album, and a triumphant song packed with joy, energy, and hope. And it's nicely bombastic. Gotta love this.

Reykjavik! - "Aeji, Plis" - Balls-out spiky garage punkiness from this acclaimed group - sung in English. Nicely tense guitars. If they were English, they'd be a media sensation.

Mugison - "Mugiboogie" - What's an Icelandic compilation without Mugison? He is an institution of sorts. An eclectic songwriter who has humor by the shovelful, can rock out as well as anyone in Iceland (or beyond), can do really good folk/acoustic music, has done instrumental soundtracks, and generally messes around with any sound he can. He can shake your ass or touch your heart. Don't believe me? Just ask Mike Patton, who signed him to Ipecac in the US.

Sign - "The Hope" - Epic, big-time sensitive-yet-heavy rockers, Sign have the commercial radio-rock sound down well enough. They add a different element to this set, though are far from interesting to these jaded ears.

(Iceland Music Export)
Posted by Goatsden at 1:23 AM No comments: 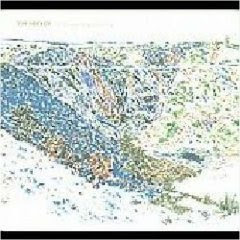 Montreal-based electronic composer Hecker is a veteran sound artist who dabbles in a variety of styles and installation/commission pieces, but his recordings under his own name are his primary focus, and thankfully so. 'An Imaginary Country' is a lovely and ambient set of sounds that pulse and shift like ethereal spirits engaging in colorful flights around the Earth's polar regions. This is ambient, but it's not audio wallpaper in the least. Hecker's immersive atmospheres are warm and human, with little slivers of melody evident. 'Sea Of Pulses' brings in some dubby bass undercurrents to accent the shimmering drones, grounding the piece nicely, and bringing a warmer side to the fore. Very effective. 'The Inner Shore' follows seamlessly, functioning as a kind of cooldown/chillout point to it's predecessor. 'Pond Life' ushers in some more dissonant, static noise elements, whereas 'Borderlands' could almost be seen as deep-sea classical music, featuring some digitally effected piano sounds - all blurry and funhouse-like. 'Currents Of Electrostasy' is more placid and even contemplative. Overall, 'An Imaginary Country' paints a timeless and captivating picture of nature as seen through a cracked digital eye. (Kranky)

Tim Hecker's website
Posted by Goatsden at 3:19 PM No comments: