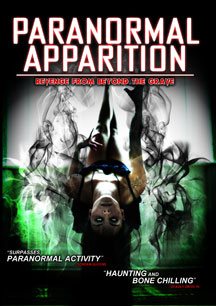 This micro-indie film is compared to "Paranormal Activity" on the packaging, which isn't really very apt or accurate. No surprise there, eh? This is a fairly generic, quickie movie that doesn't have much to offer the crowded "haunted house" genre. The story follows a typical broken family and their transplant into a ritzy Beverly Hills mansion that's been tainted by the blood of a vicious murder.

The daughter (here played by the lovely Lulu Brand -- obviously a pseudonym) is most susceptible to the influence of the paranormal, and she is the protagonist here. The special effects are purely of the silly digital variety, and there is practically no tension here whatsoever. The acting is average, but the story itself seems so played-out and generic, there's nothing here left to the imagination. Couple with that the fact that there's no nudity at all, and very little blood, and this is safely a throwaway cash-in attempt, riding the coattails of better-known (and creatively superior) films.

World Wide Multi Media
Posted by Goatsden at 10:37 AM No comments: 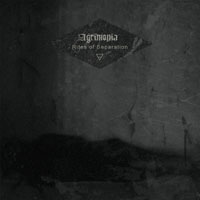 The third album (and first for Southern Lord) from this Gothenburg-based quintet is a scalding, monumental assault of diverse metal stylings. At 60 minutes and 5 tracks, this band pushes the envelope with drawn-out and developing tracks that hint at several heavy sub-genres --melding them into something altogether menacing and seductive.

The opener, "Talion", is 11-minutes of dense psychedelic sludge metal with thick riffs and shrill, demon-like vocals. "Hunted" is another mid-tempo monster, with epic tribal rhythms and spacious guitars building after a melodic piano-led intro. "While Life Lies" is a beast of post-black metal, with huge, thunderous riffs and rhythms. The closer, "Awaiting", is a subtle summation, complete with nearly ambient interludes alongside the voracious and vicious metallic assault.

Most certainly, Agrimonia have a wide and varied sonic palette to draw from, and their brand of heathen black/death/psyche/sludge metal is uniformly superb from any standpoint. Played this one multiple times. Amen Agrimonia.

Agrimonia site
Posted by Goatsden at 12:04 PM No comments: 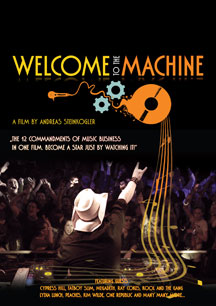 This feature-length documentary focuses on the music business, and it follows the trials of an upstart indie pop/dance band, along the way briefly interviewing a number of well-known acts, from the Bloodhound Gang to Lordi to the Album Leaf to AFI to Xiu Xiu. Director Steinkogler, who is based in Austria, naturally focuses on industry professionals in and around Austria and Germany, so the "name" musicians take a back seat.

Steinkogler's "12 Commandments" of making it in the business are pretty well common-sense, and he makes a case that there isn't a singular method to success in the business, but that it's also quite difficult to find an audience in our age of multi-media sensory overload. Honest and entertaining (though a bit long-winded), "Welcome To The Machine" is a well-done "behind the scenes" look at the workings of the music industry.

Welcome To The Machinebook
Posted by Goatsden at 10:38 AM No comments: 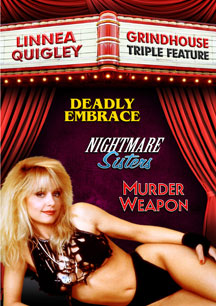 First off, this isn't what's normally termed "grindhouse" -- it's more like eighties-era exploitation, of the type shown on late-night TV. That aside, legendary scream queen Quigley stars in these three trashy, sexy, horror-edged films. Expect plenty of eighties stereotypes here, and some of this footage looks to be sourced from VHS or laserdisc, but it's all more than watchable.

First up, "Nightmare Sisters" is probably the most memorable film. It's the tale of three nerdy girls who come into possession of a demonic crystal ball that transforms them into sex-starved vixens. Their party (with three nerdy guys) becomes, well, a bloodbath. There's plenty of topless action from Quigley and co-stars Michelle Bauer and Brinke Stevens, including a steamy triple-girl bath. Good, solid, trashy fun!

"Deadly Embrace" is pretty forgettable, and borders on murder-mystery. Stunning cougar wife Ty Randolph seduces her studly gardener (played woodenly by Ken Abraham, who spends more time grooming his hair than he does acting). Abraham's unwitting girlfriend (cue Quigley's character) gets involved, and things get hairy. Again, some steamy sex scenes ensue. but the faltering plot (straight from a cheesy romance novel) and poor acting leave this one D.O.A..

Finally, "Murder Weapon" is a confused and hackneyed murder thriller featuring a pair of girls (both daughters of murderous mobsters, no less) who leave a mental hospital only to hold a massive party with all of their old boyfriends. Sounds like a good idea, right? Well, the party gets a bit out of hand, and boyfriends start ending up dead. Some reasonably bloody gore is here, and there are plenty of yummy romps with Quigley and her co-star, the shapely Karen Russell.

Quigley fans will need this inexpensive collection, and fans of sexy horror with a B-movie twist will, without a doubt, be pleased.