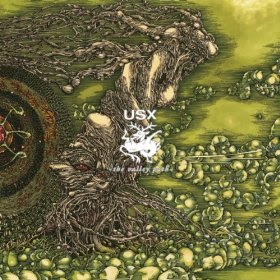 South Carolina's U.S. Christmas (here as USX) are at the height of their powers, it seems. Their last release, 2010's "Run Thick In The Night", was a masterpiece of spaced-out Americana-meets-post-rock. And this follow-up EP/album is a monumental slab, as well. It's a single 39-minute track that begins with a simple mantric riff. As the song progresses, listeners are treated to ambient landscapes, drifty space rock, Neil Young-style rockers, mighty, thunderous post-metal thump and mountain-jam stomp.

Recurring melodic themes, and the moody violins of Meghan Mulhearn conspire to make this a singular audio journey. Sure, with the multiple personalities on display here, "The Valley Path" could have been divided into a number of index points, but the reasoning here stands...it's all one trip. It has it's highs and lows, it's ups and downs, but it's all here, concluding with a nighttime grasshopper/locust serenade. Absolutely a monster of an album. Highest marks -- "The Valley Path" is an experience not to be missed. (Neurot Recordings) 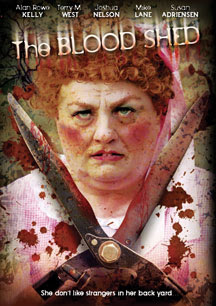 Some choice review quotes on the back of the package from Rue Morgue and Fangoria do not a movie make. My question is..what's the point in re-making a classic film, if you have little or nothing to add? My point of contention with "The Blood Shed" is that it's essentially a lower budget clone of "The Texas Chainsaw Massacre 2", sans the shock value and nightmarish moods. .

Inbred cannibal hillbillies host a house of horrors, and their unsuspecting caged prey are their neighbors! Well, the "family" isn't so shocking, nor are they convincing. The gore effects are worthy, if not spectacular nor over-the-top, but everything else here screams "third gen rip-off" to me. Director Alan Rowe Kelly is the highlight, easily, portraying Beeftina Bullion -- the Shirley Temple-acting "daughter" of the family. Truly bizarre (especially since Kelly is a 6'2" male)! Kelly is great, but the rest of this film isn't. (Southpaw Pictures via MVD VIsual)

Alan Rowe Kellyspace
Posted by Goatsden at 8:17 PM No comments:

Malevolent Creation - "Death From Down Under" DVD 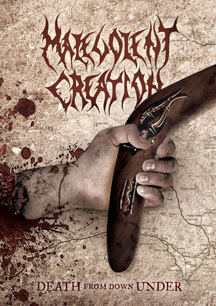 American death metal recorded live with 4 cameras in Sydney, Australia. It's a raw, unadorned production, capturing the band at their blurry, riffy, grunty best. Highlights include the fearsome speed/death of "Blood Brothers" and the well-oiled machine that is "Man's Demise". "Fine Art Of Murder" is another churning, gutteral assault.

Over the course of 60 minutes, you get tons of hair-tossing, guitar-thrashing, speed/death metal madness from a band that's been around for almost 25 years. Definitely a treat for converted fans, but this band knows their craft well enough to convince me, too. Bravo, boys! (Arctic Music Group) 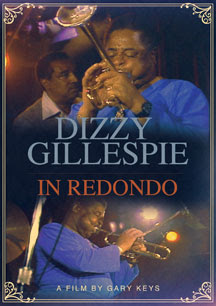 Filmed for TV in 1986, noted jazz filmmaker Gary Keys here presents a charming and well-shot 5-track, 60-minute set from trumpet legend DIzzy Gillespie. It's centerpiece is clearly Gillespie, whose good spirit and charisma lead his band thru such classics as "Be Bop", "Kush", or "Dizzy's Made Up Blues".

The VHS-sourced origins are evident, but as a document of a legend, this one's more than worthy for serious fans. (MVD Visual)
Posted by Goatsden at 11:53 AM No comments: 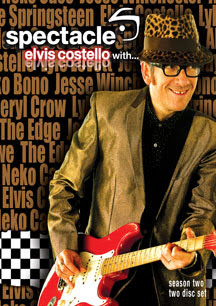 7 episodes of Elvis Costello's live interview and performance program, whereas the legendary singer/songwriter sits down and chats with musical stars, and often joins in with them on-stage for some fun and exclusive performances.

This second season includes such names as Bono and The Edge of U2, Neko Case, Jesse Winchester, Richard Thompson, Lyle Lovett, and 2 episodes of conversation and music with Bruce Springsteen.

Costello knows his stuff, and his insight and enthusiasm is palpable and literate. He's a music host for music lovers, and this is a wonderful program full of great (and often intimate) performances like U2's "Stuck In A Moment", RIchard Thompson's "Shoot Out The Lights", Costello and Ron Sexsmith's "Everyday I Write The Book", and John Prine's "Lake Marie". Americana fans take note...this is a treasure trove worthy of repeat viewings. (MVD Visual)
Posted by Goatsden at 11:32 AM No comments:

Kate Bush - "A Life Of Surprises - The Story So Far" 2xDVD 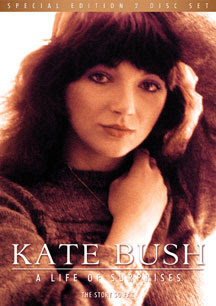 Having been only peripherally aware of Kate Bush, this examination of the work of the visionary English artist and songwriter was a fine education for me. In fact, now I know where Tori Amos, Joanna Newsom, and Bjork nicked some of their signature moves! Hah!

This newly-packaged set is, in fact, two earlier unauthorized Kate Bush documentaries, simply re-titled. So take that as you will.

The first disc, previously released as "Kate Bush - Under Review", is a lengthy and detailed bio, complete with plenty of video clips and interviews with journalists and biographers. There are critical appraisals of all of Kate Bush's major albums, from "Wuthering Heights" in 1978 to her 2005 "Aerial" album. "Under Review" provides a wealth of info and history, and with the generous portion of visual and audio clips, a good illustration of the artists' music and styles. Quite enjoyable.

The second disc, previously known as "Hounds Of Love - Under Review", fares almost as well. It begins with a simplified bio and history up until Bush's definitive "Hounds Of Love" album, which is then exhaustively examined, track-by-track, by some of the same journalists and writers as the first disc. Again, plenty of sound snippets and clips from promotional videos are presented, making this one a wholly worthy addition to any Kate Bush fan's collection.

A solid set, and "A Life Of Surprises" has encouraged me to check out some of this extraordinary artist's marvelous music. (Pride DVD via MVD Visual)

Kate Bush official site
Posted by Goatsden at 9:37 AM No comments: 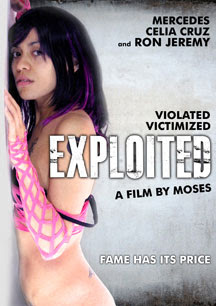 Needless to say, things don't go well for Mercedes, and she bottoms out. As in, face down. In more ways than one.

"Exploited" looks good, and is well-enough acted. In fact, except for the silly black censor bars placed on certain sexual situations, this rather exploitative film fares well, and even ties things up pleasantly at the finish, as Mercedes "cleans up" and finds her inner confidence and balance. Overall, an enjoyable if slighly flawed film. (Independent Entertainment via MVD VIsual)


Exploited official page
Posted by Goatsden at 9:13 AM No comments: