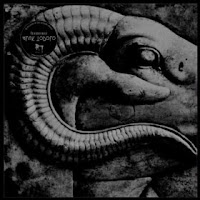 This is a limited (500 copies) vinyl re-release of a 2009 CD that was also limited, so grab a copy soon if this kind of antisocial noise is up your alley. Finsternis hail from France, and inhabit a conceptual gray area between doom, drone, noise, and black metal that elevates them far and above what the terms "metal" or "noise" may imply. The opener here (and actually the whole of Side A) introduces the group with a plodding, simplistic, even monotonous drum rhythm that gives the track a creepy, automated "zombie" feel. A dubby, almost Krautrock bassline, and guitar feedback gradually build on the crawling aspects, and are unmistakably bleak and trance-inducing.

The first part of Side B, "Totalite", is a rumbling mass of single-minded drums, lo-fi rumbling noise, and distant guitar feedback. Effective, and wholly evocative of a ritual performance. No surprise, then, that Aluk Todolo, which means "the way of ancestors", refers to an ancient religion in Indonesia, reflecting the group's interest in matters spiritual and hidden. "Troisieme Contact" is a clot of stately drumming and monotone feedback. Think early SWANS meets early Skullflower and you'd not be too far off the mark. The finale, "Quatrieme Contact", is basically part of the same track, and continues the deep, psychedelic pummel and drone of it's predecessor. Strong, bold, and unclassifiable darkness abounds here, and it's a release that begs for multiple listenings to fully grasp the scope and depth of the abyss. (Public Guilt)

Roswell Six - "Terra Incognita - A Line In The Sand" CD 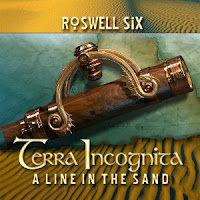 A curious project spearheaded by author Kevin J. Anderson, who has chosen to accompany & illustrate his series of novels with heavy progressive-rock soundtracks. This installment features all music by multi-instrumentalist Henning Pauly, and a variety of guest vocalists from bands like Kansas, Saga, Dream Theater, Shadow's Mignon, and plenty more I'm altogether unfamiliar with. The music is a bluesy (witness "The Crown", with spectacular vocals by the dynamic Sass Jordan), metallic in spots ("My Father's Son"), and alternately symphonic in places. This is large-scale prog-rock that works more as a theatrical experience. It's large, bombastic ("Loyalty" is as sappy as Styx), and truly an epic rock experience, though the slickness and overproduction lean more to the commercial side of the fence. (Progrock Records) 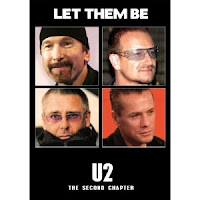 Compiling 2 originally-separately-released DVD releases, this unauthorized boxset proves to be indispensable for serious U2 devotees. Beginning with the individual DVD release "Achtung Baby - A Classic Album Under Review", this set heads into examining U2's rather spectacular comeback from critical derision back in 1991, and the album that spawned the unmistakable jewel in U2's crown, the single "One". "Achtung Baby" reinvented the Irish legends and placed them back at the top of the rock heap, and this DVD wisely refers to the band's inspirations at that time -- Bowie's Berlin trilogy with mutual friend Brian Eno, the German experimental 'Krautrock' scene of the 60s/70s, and the Manchester dance/rock melding of the 90s. Oddly (and noticeably, for this scribe) absent is any reference to U2's industrial inspirations...where's KMFDM or Einsturzende Neubauten or Insekt? Regardless, "Achtung" is rightly one of U2's pinnacles, and individual tracks are examined by a panel of expert journalists. It's an enlightening look at an album that, as each year passes, becomes even more remarkable. It's even convinced me to fire up my tattered copy of the CD.

Second in this set is a DVD entitled "The Rebirth Of Cool - U2 In The Third Millennium". This 68-minute documentary looks closer at the band's last couple of albums, and shows Bono and company's comeback after the admittedly subpar "Pop" album. Starting with 2000's "All That You Can't Leave Behind", which led off with the triumphant return to form that is "Beautiful Day", U2's legacy was rekindled, and the line of smash singles bore witness to just that. The other album to receive attention here, "How To Dismantle An Atomic Bomb", is similarly praised as a typically strong entry in the band's (almost) impeccable back catalog.

As with all of Chrome Dreams' releases, this unauthorized disc includes remarks and commentary from a host of journalists and collaborators, but never the band themselves, though there are several TV interviews with Bono, The Edge, and Larry Mullen that are included alongside plenty of live and promo footage. It's a solid work here, and one that has inspired me to revisit the band's later-period releases. U2 remain one of the world's most popular bands, and despite widespread commercial success, they emerge with integrity intact. They are as relevant and idealistic now as they ever were, and that is a testament to them as much as any accolades I can think of. (Chrome Dreams via MVD Visual)
Posted by Goatsden at 10:26 PM No comments: