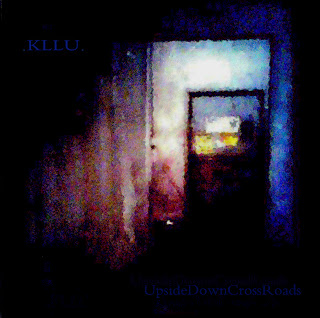 This downtempo ambient/dark dub release comes from members of Chicago grindcore/dub act Drug Honkey. And though it's a much more subtle direction from these guys, it remains equally as engrossing. Beginning with the ominous horror dub-hop of "Approach", this album would do well as an alternate score to the compelling FX TV series "American Horror Story".

"Dead, Like Me", is a more laid-back affair, like if The Orb made sounds for a haunted house. "Keep Us Forever" is a sly, foggy dub tune with plenty of otherworldly reverb going on, whereas the blackened bass-hop of "Beliefs In Hate" features Eraldo Bernocchi (of Sigillum S, SIMM, and Bill Laswell collaborator). The all-too brief (31-minutes) album closes with the sinister "Impossible Dark", which is 8 minutes of atmospheric terror. Perfect.

Points of reference? How about Coil, Scorn, the early soundscapes of classic Skinny Puppy, or Lustmord. A superlative release in every way, and I hope it makes it to CD or vinyl soon. (self-released)

Posted by Goatsden at 4:24 PM No comments: