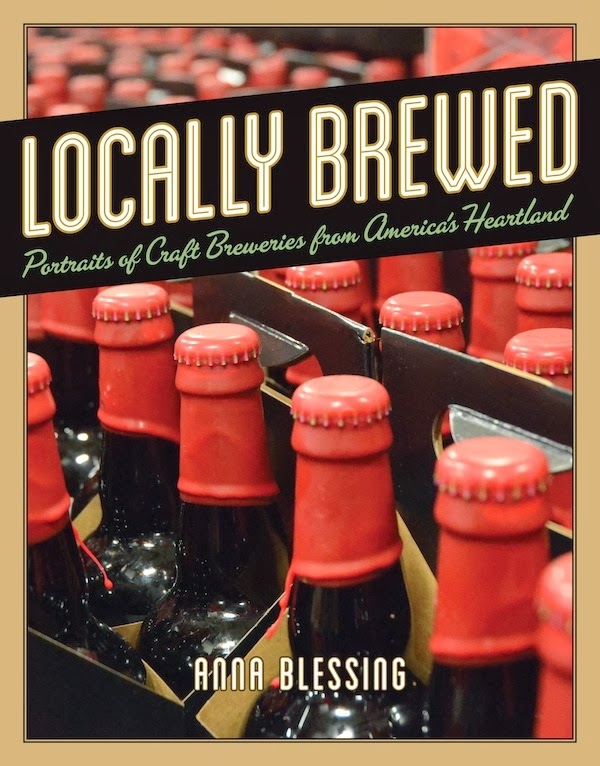 Taking a different sort of angle on the craft brewing world, "Locally Brewed" hones in on a cross-section of 20 unique and individual Midwestern America's craft brewers --- some widely known and respected (Founders, Bell's, Three Floyds, Great Lakes), and others unknown to me as of this writing (Short's, Greenbush, Steel Toe, Moody Tongue).

Whereas other books on craft beer focus more on the dry history of the scene, "Locally Brewed" looks at the more personal side. We get some history, in the form of getting to know the owners and brewmasters themselves via photos and interviews. Granted, the text is rather brief overall, making this a quick read, but that isn't a bad thing at all. There are shit-tons of photos, shedding light on some of the breweries (and those behind the scenes) that some of us may never get to see in person.

Most fascinating to me, are the "brewers' playlists", and seeing what might well be playing on the CD players or iPods at these breweries. Folks like Three Floyds or  Surly are die-hard fans of heavy metal -- death, stoner, or black metal are all represented -- for example. Others, like Short's Brewing, lean more towards indie and alt.country rock. Others reflect classic r&b or old-school rock. Either way, it's a fascinating and more personality-oriented look at what makes some of these beer artisans tick.

"Locally Brewed" is an excellent book for craft beer fans, novice and expert alike, and shines a light on the individuals who are making our tasty brews here in the American Midwest. Prost!
Posted by Goatsden at 10:35 AM No comments: 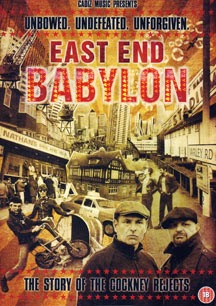 Tracing the history of England's influential punk thugs, the Cockney Rejects, this exceptionally well-produced documentary interviews all the appropriate suspects, and features tons of archival footage. It's a treasure trove for fans of the band that pretty well started the "oi!" scene, for better or worse.

Balancing punk rock DIY aesthetics and street-brawling, football-flag-waving hooliganism, the Cockney Rejects were a raw and polarizing force in the original punk rock scene, inviting (against their own beliefs) right-wing affiliations.

Told by band members (namely part-time pro boxer and founding guitarist Mick Geggus), their story is one of many brawls and battles (with the police as well as other football fans). Their reformation in the early 2000s (which continues to this day) shows them riding the classic wave punk revival bandwagon, and still steadfastly supporting their heroes (the West Ham United football club).

It's all a fascinating and informative look at a band that deserves a bit more respect in the punk scene, if for nothing else, their longevity and tenacity in the face of such adversity.