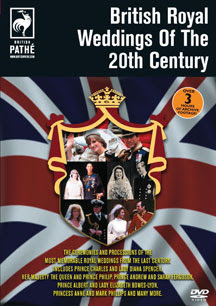 Quick cash-grab compilation of public domain footage of 19 royal weddings over the last century, from 1919 to the 1986 union of Prince Andrew and Miss Sarah Ferguson. If newsreel footage of throngs of English people pulsing to catch a glimpse of a royal bride or groom sounds like a fascinating way to spend 3 hours, be my guest. And while it may be of some convenience to have this historical footage compiled onto one disc, "British Royal Weddings" is of limited, marginal interest to any but the most ardent and dedicated Anglophile. (Cherry Red/Strike Force Entertainment)
Posted by Goatsden at 8:56 AM No comments: 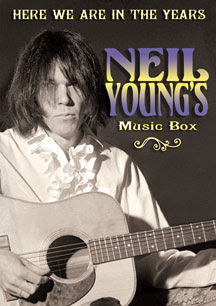 A 2-hour unauthorized analysis of Young's musical influences, this one isn't so much a bio of the Canadian rock renaissance man as it is a look at what the man himself was listening to at various stages in his long and storied career. There's no interviews with Neil himself, only a series of journalists, writers, and historians who examine (with critical eyes and ears) the various facets and periods of Young's music.

Beginning with the early rock and roll and rhythm-and-blues (Little Richard, Jerry Lee Lewis, Elvis, Chuck Berry), the disc travels into folk (Dylan, Ian and Sylvia) to punk (Sex Pistols) to electronics (Kraftwerk, Devo) and "grunge" (Pearl Jam, Nirvana). "Here We Are..." is an interesting behind-the-scenes look at an influential and ever-evolving artist who has always followed his own muse. Young is a musical treasure, and this examination of what inspired him is a must for any serious fan. (Chrome Dreams via MVD Visual) 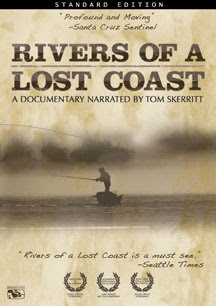 A moving and provocative documentary here, examining the rise of West Coast fly fishing in the 40s and 50s, and the maverick steelhead and salmon fishermen who started a sporting revolution. As subsequent droughts and industrial progress decimated the once-fertile Russian River in the 70s, many of the fishing legends came to realize the need for conservation and ecological restoration, and since then, many have become tireless defenders of the river's bountiful fish populations.

Fly fisherman, actor, and activist Tom Skerritt narrates this well-done, and well-illustrated history of fly fishing, and the wild and wooly characters that made it what it was. There are tons of candid interviews, tons of historical videos and photos, and some amazing stories that you won't soon forget.

Even from a non-fisherman's point of view, this is a riveting and intelligent history lesson, and a very worthy watch.

Rivers Of A Lost Coast official site
Posted by Goatsden at 8:51 PM No comments: 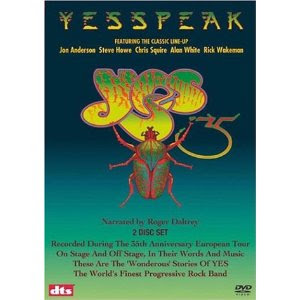 Narrated (often with overzealous enthusiasm) by rock legend Roger Daltrey himself, this nearly 3-hour, double-disc set documents the 35th anniversary tour of English prog-rock dinosaurs Yes. Members Jon Anderson, Steve Howe, Alan White, Rick Wakeman, and Chris Squire are captured via a wealth of candid interviews, live clips, and behind-the-scenes footage. As well as looking at the band's tour, we are treated to a well-illustrated history of the band, presented by the members themselves. And even though I've never been a fan, per se, of Yes, this is without a doubt one of the most comprehensive and definitive rock bios I've ever seen. Anyone with even a passing interest in Yes' history should pick this one up, pronto. (MVD Visual)

Yes official site
Posted by Goatsden at 7:30 PM No comments:

Rick Wakeman - "Made In Cuba" DVD 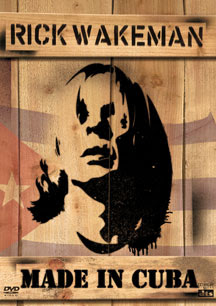 Performing a major rock concert in Havana, Cuba, is a rare and special occasion indeed. Keyboard legend Wakeman (from prog-rock deities Yes) enlisted his English Rock Ensemble for a huge and flashy show back in 2005, captured here for Cuban TV.

Appearing on stage clad in huge sequined cape, Wakeman and band proceed to dive into the grand prog-rock of "Journey To The Centre Of The Earth", which drags itself out for over 20 minutes. When tenor vocalist Ashley Holt joins in, it's an all-out assault on good taste. The group's overly-indulgent soloing and drawn-out noodling doesn't let up. And the Tolkien-esque fantasy subject matter just makes it all that much more laughable. Sure, Wakeman is a skilled keyboard player, but his sense of restraint is non-existent, and he obviously adores showing off his nimble fingering techniques, often at the expense of the songs themselves. This one was just plain silly. I couldn't get through it all. (MVD Visual)
Posted by Goatsden at 7:23 PM No comments: 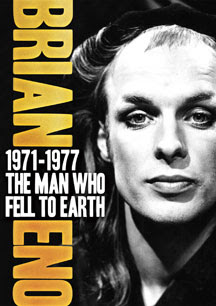 An informative and enlightening discussion and assessment of Eno's time in Roxy Music, and his subsequent solo career, "The Man Who Fell To Earth" is another unlicensed, unofficial documentary from Sexy Intellectual. But this one works well, bringing together the usual array of journalists and collaborators to analyze Eno's career and musical works.

Robert Rich, Jon Hassell, Roedelius, David Toop, and Robert Christgau all appear to discuss Eno's pioneering sounds and influence, so credibility isn't an issue. Also examined are Eno's short-lived Obscure Music label, and the lineage of his best-known contribution to modern art, "ambient" music, tracing the inspirations back to Erik Satie, John Cage, LaMonte Young, and others. As well, Eno's work with Bowie, Cluster and Harmonia are examined, with some fascinating anecdotes from those who were there.

In all, a very well-done documentary, only missing a companion disc with a look at Eno's later years. Maybe that one's in the works?

Finally, I need to give props to the artist(s) who created the animations and films to accompany all the Eno sound samples here. The visuals were appropriate and well-attuned to the sounds. Great work! (Sexy Intellectual)

Eno site (more official)
Posted by Goatsden at 10:35 AM No comments: 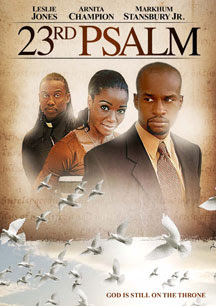 A curious urban indie murder drama that's well-done, if not for the boatload of christian baggage it forces in from every angle. But despite the overwhelming theological content, "23rd Psalm" is still an entertaining and complex film, even for a heathen like me. Hah!

Solid acting, and with a nicely twisty script, this one maintained my interest. Markhum Stansbury Jr. stars as John Smith, a detective who battles his own alcoholism and faith in an attempt to resolve the murder of a supposedly reborn prostitute (played by the fetching Arnita Champion). Sure, the preachiness and Biblical prose are overt and heavy-handed, but director Odom paints a fairly contemporary and realistic portrait of the complex personalities that make up our society. Not bad. (Vendetta Filmworks)
Posted by Goatsden at 4:52 PM No comments: