Grinderman 2 on the horizon! 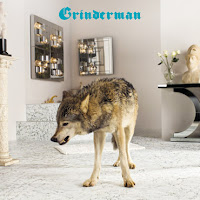 Ah, here's a tempting nugget of mean-spirited promotion. Nick Cave and company's second Grinderman LP, "Grinderman 2", is to be unleashed on the world on September 13th. Here's my favorite of the 3 brief video trailers released, this 'wolf' clip directed by John Hillcoat ('The Proposition', 'The Road'). Yeah!


Grinderman site
Posted by Goatsden at 9:56 PM No comments: 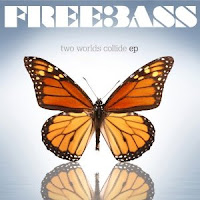 Peter Hook, former bassist for legendary Manchester bands Joy Division and New Order, has rejuvenated himself after the dissolution of New Order a few years ago. His new projects show a healthy reflection and reverence for his classic work. All but gone (thankfully) are the club dance tracks that New Order became known for in their twilight years. "You Don't Know This About Me" is a highlight, and features former Charlatans UK vocalist Tim Burgess, and is a welcome return to the stylish indie-rock roots of Hook and his Manchester mates. It's really a lovely song and compares favorably with the best of Hook's past works. Pete Wylie fronts "The Milky Way Is Our Playground", which isn't quite as effective, with some cringeworthy lyrics. "Dark Starr" is a lengthy piece of wacked sound-poetry with Howard Marks, and Hook himself fronts the dancy and New Order-like "Live Tomorrow You Go Down". Certainly a tentative EP, but a fine start for Hook's next phase, whatever it may be. (Hacienda Records/24 Hour Service Station) 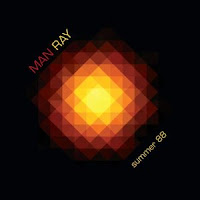 Man Ray is Peter Hook's new side project revisiting the acid house days, relevant as his old label (Factory) and friend's club (Tony Wilson's notorious Hacienda) were important centerpieces of this international scene back in, oh, say 1988. These 4 cuts are low-key retro throwbacks to the disco sound of acid house - minimal rhythms, some sirens and whistles, and simple electronic melodies. The two tracks, "We're On It" and "Ways Of Making Music" are presented with 2 mixes each, and they pulse along with primitive Roland drum machines and sequences pleasantly enough. Thing is, this music is basically a novelty now. There's little of "substance" (ha, pun there) on "Summer 88". Really, it's more of a minor diversion for clubgoers and serious New Order fans. (Hacienda Records/24 Hour Service Station)
Posted by Goatsden at 5:48 PM No comments: 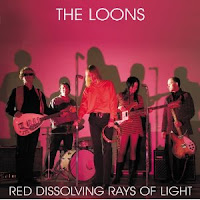 From San Diego comes this band of amped-up garage rockers who also dip their strings into mod retro power-pop territory. Loons have been around for 15 years now, and this, their 3rd album, recallls as much the Stooges and MC5 as Arthur Lee's Love or the Kinks. It's a terminally-cool and hip rock and roll sound, back to basics with melodic vocals, chiming Roger Guinn-style guitars (especially on tracks like "The Losers Win"), and freaky organ work. There are similarities with kindred spirits like the Brian Jonestown Massacre, as both acts liberally borrow the look and sound from before their time and illustrate the timelessness of the 60s rock era. But that's obscuring the fact that the Loons write some catchy singalong tunes. "Summer's End" has lively backing vocals and an upbeat vibe. "Diamonds, Garbage & Gold" is another anthemic standout. Surely a high point of the band's live shows.

I like that Loons aren't afraid to be "pop". But in their case, the "pop" is neither manufactured or artificial. Loons concoct a natural, organic, and human form of music that favorably crosses strong songwriting with an air of regal garage rock recklessness (and attitude). Loons' warm and classic sounds should find favor with a wide cross-section of listeners, and "Red Dissolving Rays Of Light" is full of balmy Summer sunshine to these jaded ears. (Bomp! Records)

"Inspired By Iceland" is a new website that beautifully shows off the natural wonder of Iceland, with some superb live cams and travel testimonials (admittedly, it's a hip "come to Iceland" advertisement for tourists). Nonetheless, the site hosts a ton of top-notch music videos, filmed live in Reykjavik on July 1. Included are performances from Goatsden favorites Amiina, Steindor Andersen & Hilmar Orn Hilmarsson, Seabear, Damien Rice, Glen Hansard, and Spiritualized. All of their shows can be viewed in outstanding quality free from the "Inspired By Iceland" site here:

Spiritualized from Inspired By Iceland on Vimeo.