When a rising celebrity dies young, the repercussions can be felt for a long while. This short 60-minute documentary outlines the events leading up to the fateful night that 23-year old actor River Phoenix died in 1993. It's a well-done program, and although such recreations/dramatizations usually seem a bit overbaked to me, in this case they're not particularly harmful to the discussions and stories included here.

Featuring interviews with many of Phoenix's friends and associates, and enhanced by plenty of photos and rare video footage, "Final 24" offers a sympathetic glimpse into the troubled life of an icon who aspired to do much more than just act. His musical passion is seen as he befriended Red Hot Chili Peppers bassist Flea, and was even set to perform onstage with Flea (as well as Gibby Haynes, Al Jourgensen, and Johnny Depp) the very night he died after ingesting a massive speedball.

River Phoenix represented the idealism of a new generation, and his passing left the world a lesser place. And although this "Final 24" series is perhaps a mite morbid and sensationalistic, it's certainly a curious program worthy of some attention.
(MVD Visual)

A devoted Phoenix fansite
Posted by Goatsden at 6:05 PM No comments:

At 44 years of age, Motown legend Marvin Gaye had already lived a life full of majestic highs and tragic lows. His murder at the hands of his controlling father was in 1984 was the end of a ride that saw Marvin reach international stardom and subsequently fall from grace due to issues with drugs and family strife. He was one of music's beloved icons, with a string of early soul hits that transcended the genre and reached into pop and mainstream success.

This 60-minute dramatization-documentary includes interviews with several of Gaye's family members and friends, and traces the path that Marvin took when he became increasingly paranoid (from his cocaine habit) and tangled with his troubled father. "Final 24" is respectful, and chooses to examine only the facts and not speculate on other issues in Gaye's life. It's an enlightening and not-too-sensationalistic examination of the events that led up to one of music's most influential icons' last moments. (MVD Visual)

An informative Marvin Gaye website
Posted by Goatsden at 5:57 PM No comments: 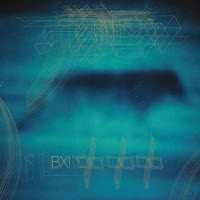 A surprise (and surprisingly good) set of 4 tunes, 3 of which feature vocals by Cult frontman Ian Astbury. Opening with the raw "Teeth And Claws", BXI showcases Boris' stoner-rock leanings well, and the added vocals by Astbury take it to an almost-radio-ready zone. The molasses-thick Melvins-like "We Are Witches" is heavier, and makes the later-period Cult material sound that much more anemic. This is a refreshing new sound experiment for Astbury, and the deep, grinding guitars and percussive thud of Boris provide a great backdrop. The cover of the seminal 1985 Cult hit "Rain" is faithful enough, with ethereal female vocals in place of Astbury, but it works well. The final track, "Magickal Child", is a slower ballad of sorts, but with Boris' chunky riffs and massive drums, it's epic. Good stuff, especially for Cult fans who've been turned off by that band's later material. Boris fans may see BXI as being too commercial, but I think it works well. I await the full-length from these international collaborators! (Southern Lord)

The Cult
Posted by Goatsden at 11:50 PM No comments: