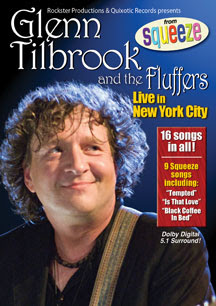 Not being familiar with veteran London act Squeeze, I didn't know what to expect here. But this live recording from vocalist and guitarist Tilbrook and band immediately convinced me. The opener, "Annie Get Your Gun", evidences Tilbrook's considerable guitar skills and soulful stage presence.

Filmed in front of a small and appreciative audience, and shot professionally with multiple cameras, "Live In New York City" amply exhibits Tilbrook and company's power-pop mastery. There are 16 tracks here, 9 of which are classic Squeeze songs. Tilbrook's enigmatic and likable stage presence makes every song here a celebratory and pleasingly loud (and highly melodic) experience.

For any fan of Squeeze, or even anyone into world-class power pop with hooks and charisma, this one is a winner. (MVD Visual)

Squeeze official site
Posted by Goatsden at 4:07 PM No comments:

Bonnie "Prince" Billy - "There Is No God" video 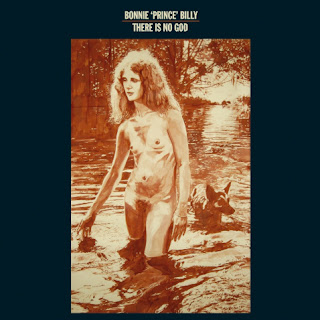 Will Oldham, aka Bonnie "Prince" Billy, has been as active as ever. First, there's a new 4-song EP with Louisville's psychedelic rock act Phantom Family Halo, titled "The Mindeater", out on Sophomore Lounge Records.

Also, Bonnie has recently released a new single with the Cairo Gang titled "Island Brothers" (on Drag City) as a benefit for Haiti. Another single, this one with Matt Sweeney, titled "Must Be Blind" (also on Drag City).

Well, there's yet another new Bonnie 10" single on the horizon, and it's called "There Is No God" (again, on Drag City), and it's a benefit for the Gulf Coast's "Save Our Gulf" project.

A video has been released, and it's, well, something to behold. Enjoy!