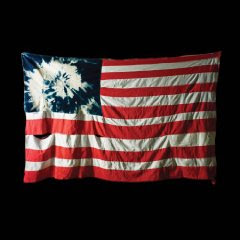 Initially seen as a psychedelic 'freak folk' kinda act, and gaining numerous accolades through their previous alliance with M. Gira's esteemed Young God Records, Akron/Family return with a deep, warm, and altogether joyous celebration of sound, vision, and worldliness on the multi-leveled, diverse, and truly wonderful 'Set 'Em Wild'. The guys of AF are, without a doubt, immense fans and consumers of music in all of it's shapes and permutations. Just give a listen to the funky 'Everyone Is Guilty', which goes from James Brown to Hendrix and back, while adding a laid-back summery vibe near the end. It may sound schizophrenic, but somehow it works. Witness the island charms of the accessible 'River', which recalls a lazy, sunny porch scene down South, by way of Jamaica. 'Creatures' brings a dub rhythm to the table, though it's still in essence a classic rock track that screams of long hair and sandals. 'Gravelly Mountains Of The Moon' embraces both gospel and free jazz, while 'MBF' shows their affinity for screeching noise. 'Sun Will Shine (Warmth Of The Sun)' is a throwback to their earlier rural folk, while 'Last Year', which closes the album, is a simple, but effective sing-along for the working class. Basically, the band's 'everything-but-the-kitchen-sink' approach is their greatest trait, and there are enough catchy, lovely pop-songs submerged here that it's almost ridiculous. Sure to be a classic one day, Akron/Family flashes a multi-faceted brilliance consistently. A must-hear. (Dead Oceans)

Posted by Goatsden at 6:14 PM No comments: 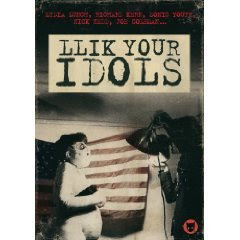 This documentary of the late 80's-early 90's New York movement now known as the 'Cinema Of Transgression' examines the reactionary/nihilist film/art/music scenes that intersected at this revolutionary time. Interviews with scenesters like Nick Zedd, Richard Kern, Lydia Lunch, Thurston Moore, Richard Hell, Jarboe, Joe Coleman, Russell Simmins, and others lend an air of credibility to the proceedings, as folks like Zedd, Kern, and Lunch were responsible for some of the most shocking and (some would say) tasteless films of our generation. The violence, gore, and sexual depravity of this period is examined and reflected upon by actors and film-makers alike, and although some can be arguably be assessed as little more than Z-grade trash cinema (or fetishistic titillation), there were some important inspirations and aspirations there. In fact, it can be noted that some of this underground cinema has infiltrated modern pop culture, with everything from fashion spreads, photography, and horror films taking cues from some of these still-hard-hitting films. Bosio does a fine job illustrating what made this "scene" tick, with plenty of excerpts and clips. The bonus bits include 2 of Zedd's films, 'Police State' (which is a horrifyingly extreme and pointed look at police brutality, starring himself as the victim), and 'War Is Menstrual Envy' (a weird and almost moving look at, eh, a burn victim, Annie Sprinkle, and Kembra Pfahler in various compromising positions). Well worth a look if this sounds like your cup of tea leaves. (MVD Visual)
Posted by Goatsden at 9:17 PM No comments: