Ah, it's another re-packaged mess from UK label Chrome Dreams. This time, it's a double-disc set of Iggy Pop documentaries. The 72-minute CD, titled "The Classic Interviews", includes 8 radio and TV interviews, from 1977 and Iggy's "Lust For Life" period (one interview also includes friend and collaborator David Bowie) through to a 2005 "Remembering The Stooges" interview. There's some great info here, including the famous 1977 interview in which Iggy explains his take on "Punk Rock", as utilized by the famous Mogwai song of the same name. This disc is evidence that as Iggy ages, his wisdom and well-spoken nature becomes much more apparent. The man is simply a genius.

The DVD is actually a clever re-packaging of an earlier DVD ("The Sacred Triangle:  Bowie, Iggy, & Lou") that focuses on the collaborations and interactions in the 70s-80s between Iggy, Bowie, and Lou Reed. The fact that even the packaging addresses the DVD as "Iggy Pop: The Documentary DVD" is shameful and deceitful. That is not to say it isn't a well-done documentary, but to not acknowledge the truthful contents is mercenary.

Iggy Pop is supreme, and there's some good stuff on "The Document", to be sure. Just be aware of what you're buying.

Iggy Pop dot com
Posted by Goatsden at 11:56 AM No comments: 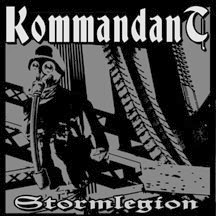 Kommandant's 2008 debut album is here reissued, and it's a 13-song set of blurry black metal created by a group from Chicago that consists of "anonymous" members of other bands, including Nachtmystium and Sarcophagus. It's really pretty solid work, with precise drumming and guitars, and the usual distorted witchy vocals.

My only issue here is the production, in which the drums sound a wee tinny and dry. Otherwise, as a debut offering, "Stormlegion" is a solid work of fearsome, if unremarkable, black metal madness. 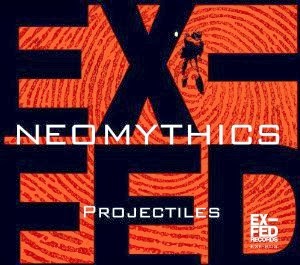 The second album from San Francisco-based duo Neomythics, "Projectiles" is a sly and slick rock experience. From the proto-new-wave opening title track, the moody "Your Life" makes a good case for smart pop stardom. "Countdown" is a nearly industrial/post-punk number, whereas "Phased Out" is prime "alternative rock". I could go on about these guys' diverse sounds, and truth be told, they do it all quite well.

From outright pop-rock to smart indie sounds, Neomythics are a band with all the chops. Enjoyable!