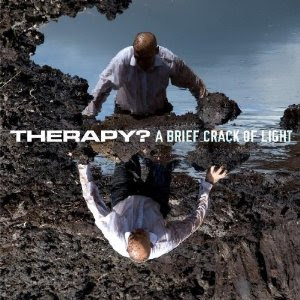 I'd almost forgotten this Irish alternative-punk-grunge band from the 90s, only to learn they've never officially retired, only retreat after their years of MTV airplay and rock stardom. "A Brief Crack Of Light" takes listeners back to the band's earlier sound, all noisy guitars, chunky drums, and Andy Cairns' distinctive vocals. (Blast Records)

Therapy? band site
Posted by Goatsden at 9:34 AM No comments: 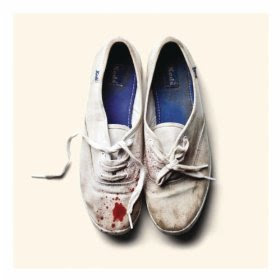 This Brooklyn duo's amped-up noise guitar/machine madness is like Atari Teenage Riot meets Lush, with brash drum machines and fuzzy guitar everywhere, and sweet girl vocals of Alexis Krauss on top. The pop of "Born To Lose" is a highlight, as is the lovely "Leader Of The Pack". (Mom + Pop) 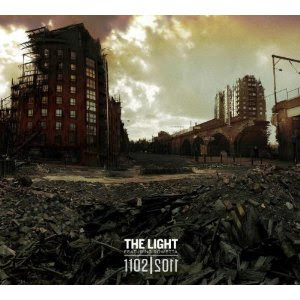 In the wake of New Order's fallout and subsequent break-up, co-founder Peter Hook has been busy revisiting his earlier roots as bassist for legendary post-punk innovators Joy Division.

This 10-track album features several Joy Division classics, re-interpreted by Hook and band, including female vocalist Rowetta, who transforms "Atmosphere" into a soaring angelic symphony with an almost operatic tone. "Pictures In My Mind" is an unfinished Joy Division demo, now "finished" by Hook, and this is a more raw punk-oriented piece that remains faithful to the Joy Division legend. Other cuts, like "New Dawn Fades" or "Insight", also include vocals by Rowetta. Appended to the album are instrumental versions of all the songs, as if to appease classic fans who may not appreciate the updated vocal stylings. Solid work, and though it may not open up a new audience to the classic music of Joy Division, "1102/2011" is a solid retrospective of the band's work. (Hacienda Records)

Peter Hook official site
Posted by Goatsden at 9:25 AM No comments: 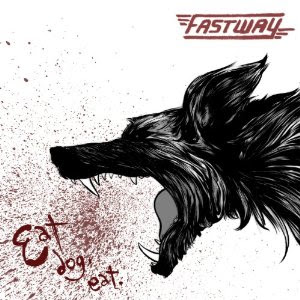 Fastway is the band of Fast Eddie Clarke (best known as the early guitarist for metal/punk legends Motorhead), and this ever-revolving project is a much more mainstream metal showcase for Clarke's fierce guitarwork. Vocalist Toby Jepson (formerly with Little Angels) has the classic "Hollywood Strip" vibe, and this album doesn't stray from that classic rock template. But, fortunately, the star of the show is easily Clarke, whose smoking riffs give some necessary bluesy swagger to the set. "Eat Dog Eat" doesn't bring anything new to the table, but fans of classic bar rock & roll/metal will certainly appreciate the band's tried-and-proven sound. (MVD Audio)

Fastway site
Posted by Goatsden at 9:23 AM No comments: 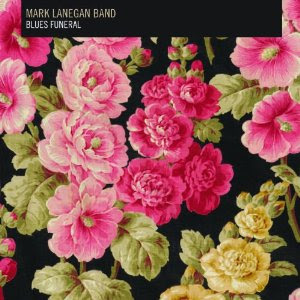 After his brilliant work with UK electro-blues group the Soulsavers, Lanegan returns with a similar direction on his own, throwing down some dark-edged sounds (as the title reflects) in his own whiskey-soaked, inimitable way. Songs about drinking, hard-living, redemption, and cheating death are the order of the day. Standouts include "St. Louis Elegy" and "Riot In My House", which features one Joshua Homme. (4AD Records)

Mark Lanegan official site
Posted by Goatsden at 9:18 AM No comments: 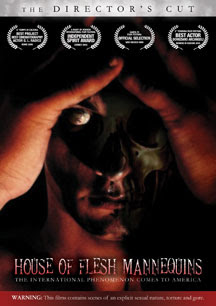 This Italian/American horror/thriller shows a definite nod to the classics of directors like Dario Argento, as it's less about brutish blood and gore and more about what's going on in the heads of the characters. Veteran actor Domiziano Arcangeli stars as Sebastian, a lonely and reclusive artist who reluctantly meets his stunning and alluring neighbor, Sarah Roeg (played by the amazing Irena Hoffman). She soon takes an unusual interest in him and his odd lifestyle and photography.

We're gradually led into Sebastian's nightmare world, which involves dream-like sequences of depraved sexuality and vicious murder/torture. It's never fully clear what is real or imagined, but we witness the beautiful Sarah falling for Sebastian, while his tortured demons lead them both deeper into the nightmare. It's a sort of love story, but one that's far from ideal. Packed with plenty of well-done gore, sexual situations and tons of nudity (mostly male, unfortunately), this one's a challenge in spots, but the solid acting, script, and visuals make it a well-done film for fans of giallo or hallucinogenic psychological thrillers. (MVD Visual)
Posted by Goatsden at 9:13 AM No comments: 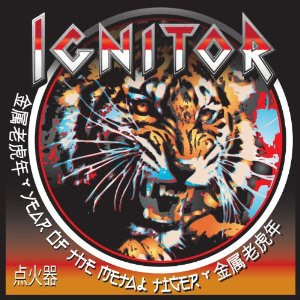 From Texas comes this classic metal band with their 4th studio album, and it's a throwback to the days of greats like Judas Priest or Iron Maiden. Sure, tracks like "Heavy Metal Holocaust" are silly and juvenile (especially lyrically), but they are also well-played and tight musically, with screaming leads and good production. Fans of classic heavy metal as it used to be will be delighted with this band's multi-pronged attack. (MVD Audio)

Meat Puppets - "Out My Way" CD 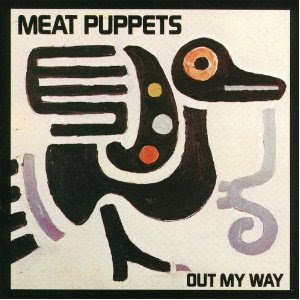 Originally a 1986 EP, this reissue adds 7 mostly unreleased tracks, making for a more substantial 52-minute album. Coming from the diverse, but punk-affiliated SST label, no doubt these boys confused many a listener. Having much more in common with country and folk than punk, per se, "Out My Way" is full of chiming indie pop tunes. Covers of "Good Golly Miss Molly", "I Just Want To Make Love To You", and "Burn The Honky Tonk Down" show that the brothers Kirkwood and friends were drawing inspiration from such disparate sources as early rock and roll, blues, and country -- all filtered through the Puppets' sun-baked Arizona psychedelic mindset. "Out My Way" may have been little more than a stop-gap release in its day, but it holds up remarkably well now. (MVD Audio)

Meat Puppets site
Posted by Goatsden at 9:51 AM No comments: 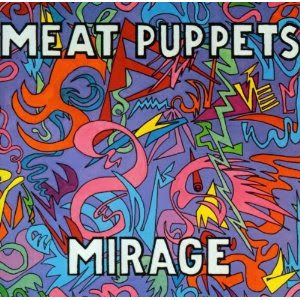 The band's 5th album, originally from 1987, is here reissued with an additional 5 previously unreleased tracks appended. On "Mirage", the band's unique amalgam of post-punk, bluegrass, classic rock, and psychedelia congealed into a highly listenable, and distinctive whole. Consisting solely of brothers Curt and Cris Kirkwood with drummer Derrick Bostrom, "Mirage" contains certifiable classics like "The Wind And The Rain", or and the rollicking Western hoedown of "Get On Down", which garnered some MTV airplay back in the day. "Beauty" showcases the Curt's prowess on guitar, with lightning-fast licks that, if electrified, could double as thrash metal. "A Hundred Miles" is a calliope of chiming guitars amidst the sing-a-long pop-song structure. A strong album, and one that still sounds relatively fresh, save for the drum machine pulsing through most of the tracks. (MVD Audio)

Meat Puppets site
Posted by Goatsden at 9:49 AM No comments: 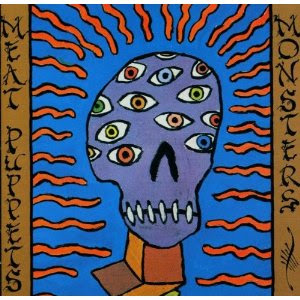 The band's 1989 LP was to be their final for SST Records, and it begins with the stomping heavy rock of "Attacked By Monsters". More electric and "rock" than previous Meat Puppets offerings, this album shows another leap by the band, further upping the ante with better harmonies, and an arguably more "mainstream" sound. But rather than "selling out" (as some accused them of, especially as they were to soon signing to major label London Records), this seems, in retrospect, to be more a gradual and natural move towards more accessible songwriting.

"The Void" is another swaggering boogie-rock monsterpiece that reminds a little of a slightly psychedelic ZZ Top, believe it or not, as does the blazing "Flight Of The Fire Weasel". But there's still plenty of meandering, freaky guitar fireworks otherwise, a specialty that the brothers Kirkwood are renowned for. As it stands, "Monster" is a solid effort, and holds up well, even over 20 years later. (MVD Audio)

Meat Puppets site
Posted by Goatsden at 9:47 AM No comments: 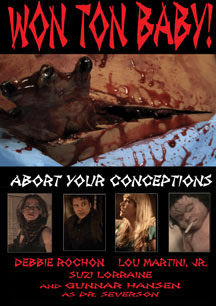 With nods to horror classics "Basket Case" and "Child's Play", this indie grindhouse shocker stars the delectable Debbie Rochon as "Madame Won Ton", a former madame and Chinese restauranteur who, in the 70s, bedded a drugged-up Elvis. Her resulting pregnancy produced a parasitic twin embedded in her freaky blonde daughter (played by co-creator Suzi Lorraine). Confused yet? When "Baby Won Ton" finally emerges (thanks to a grisly surgery), he's a murderous mini-Elvis with an Asian accent and a prehensile umbilical cord.

Credit must go to the puppeteers and effects team, as the "Baby" is weird but well-done, and the gore effects are heavy and designed for maximum gross-out effect. Take the scene where "Baby" masturbates (with his umbilical cord) to a diarrhea chugging video. Great atmospheres here, too, harkening back to the prime 70s-era of seedy urban grindhouse cinema. A fun and memorably humorous horror shocker here. (R Squared Films)
Posted by Goatsden at 9:40 AM No comments: