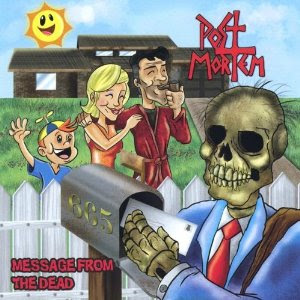 Hailing from Boston, this classic and early death/gore/punk metal band returns anew with this 11-song release (plus bonus unlisted tracks). But as new as this material may be, vocalist and founder John McCarthy passed away during the recording, so several cuts are present with guest vocalists respectfully finishing up in his absence. Despite this discontinuity, the album works well as a whole.

Tracks like "Human Pinata" slow it down to almost doom-metal levels, but still with throat-scratching vocals. "Pray Before You Die" echoes this sentiment...a churning metallic riff with more than a nod to classic punk ala Black Flag. "Field Trip" rages with a thrash-punk tempo, like if Megadeth covered Minor Threat. This is old-school crossover that just isn't heard much anymore, and a shame that is, as "Message From The Dead" is a killer album.

Post Mortem's punk-metal was never too well-known, but their legacy lives on, and here's to hoping this posthumous release garners them some well-deserved notoriety. (Taboo Productions)

This split 7" features a pair of underground Canadian metal/grind bands who can shred well, thank you very much. Soil Of Ignorance's side is a series of bursting, gutteral grindcore blasts that remind me of classic, early Napalm Death. Cool retro noise for metalheads. Wadge, on the other side, are more crusty speed/thrash metal. Their "Maim To Please" starts things out right, with lightning-speed guitars and spastic drumming. "Sir Gimply Biscuits Of Gibletshire III" shows the group's sillier side. "Topsy's Curse" is a violent minute or so. A lot of fun, for the 10 minutes you get. (Give Praise)

Soil Of Ignorancespace
Posted by Goatsden at 6:56 AM No comments: 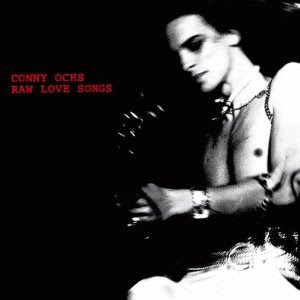 Debut solo release from a German singer/songwriter who recently toured and collaborated with doom/stoner metal legend Wino, "Raw Love Songs" is a rich and sonorous collection of just what the title implies. "Stampede, Stampede" is a lovely acapella opener, leading into the moving "Lily Of The Valley", which channels Jeff Buckley. "Angels And Demons" reminds of both Buckley and Nick Cave, being full of tortured dark and raw emotion. "Good House" could almost be H.I.M. minus the glitter. The almost-blues of "Waiting For The Monster" are also effective. "Raw Love Songs" is quintessentially a dark acoustic folk album, and a good one at that. (Exile On Mainstream Records)

Conny Ochs site
Posted by Goatsden at 9:21 PM No comments:

Abigail Williams - "In The Absence Of Light" album 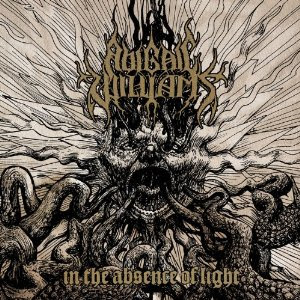 "In The Absence Of Light" is Abigail Williams' second album, and though members continue to come and go, the band's well-crafted symphonic black metal brings elements of classic metal to the (sacrificial) table. "Final Destiny Of The Gods" is a barn (or is it church?)-burner, and an amped-up standout, with a blurred attack of blast-beats and almost prog-rock melodics. "In Death Comes The Great Silence" is a doomy but melodic blur of black metal sorrow, as well. Solid album. (Candlelight Records)

Abigail Williamspace
Posted by Goatsden at 9:01 AM No comments: 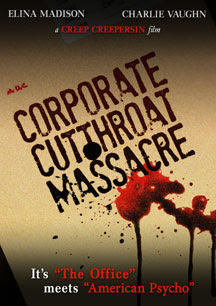 Another micro-indie from prolific musician/filmmaker Creepersin, this one fares only slightly better than his tortuous domestic paranoia flick, "He". Starring Elina Madison as the uber-hateful corporate boss, this tale takes place in an office where work pressure and personal lives are at odds in a major fashion. There are the requisite inter-office dalliances, internal politics, and backstabbing as usual, but when a number of grisly murders occur one evening, the staff plays a cat and mouse game, with the vengeful (and rightfully detested) boss at the center.

All things considered, "TCCM" isn't a good film. The acting is quite over-the-top, the gore fairly tame, and the sexual situations pretty unnecessary. There isn't a single character to get behind, so the murders seems, well, apt. There are plenty of other horror flicks to admire, but this isn't one of them. (MVD Visual) 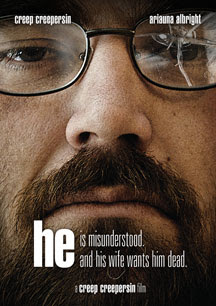 I dunno where this Creep Creepersin guy comes from, but I'd never heard of him until I received multiple films and CDs. Prolific indeed! Anyway, "He" is a small indie film centered around a pathetic and paranoid man who looks like Kevin Smith (portrayed by Creepersin himself) who suspects his nagging wife is plotting his demise. This cleavage-heavy wife (played by Ariauna Albright) is clearly unimpressed by her meek and obnoxious husband (and rightfully so). My issue is that the characters are little more than simplistic stereotypes, with no depth or complexity. I didn't like the husband any more than the wife, so the question of his paranoia was moot. Not to reveal any spoilers, but I wished she'd off "Him" sooner, rather than later. Not a good film. (MVD Visual)

"Willie And The Poor Boys" DVD 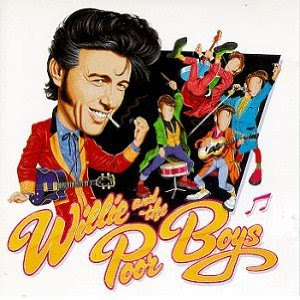 This 30-minute documentary-slash-concert film was assembled by Rolling Stone Bill Wyman and friends, who convened in 1984 to record a benefit album for Multiple Sclerosis research. Documenting the good-time sessions that featured names like fellow Rolling Stone Charlie Watts, Jimmy Page, and Ringo Starr, among many others, "Willie And The Poor Boys" copped a classic 50's rock & roll and rhythm and blues theme. Basically a concert film, with a little added backstage banter and goofing around, this is a fun curiosity for serious Rolling Stones or classic rock fans. (MVD Visual)
Posted by Goatsden at 9:29 AM No comments: