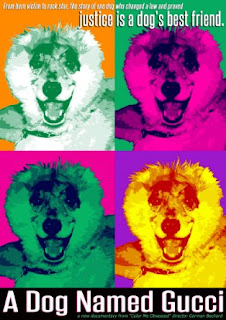 Dog who made a difference

Now, this is a moving, touching, and beautiful documentary. Initially based around the life of Gucci, a precocious 10-week old puppy who was intentionally set on fire in 1994, this film shows just how animal cruelty laws have been radically changed across the US by grass-roots efforts and those who care. Gucci lived to be 15 years old and received proper medical care and a loving forever home, and his plight inspired Alabama to enact new and stronger animal cruelty laws.

The cases behind other maimed, tortured, or murdered dogs are also examined here, alongside interviews with their caretakers and animal rights activists. It’s a harrowing film, and not one for the ultra-squeamish, of course, but it does bring a positive message ultimately, as since the cases here have come to trial, every state in the US now considers animal cruelty to be a felony, rather than a misdemeanor. That’s a big win for those of us who cherish our animal friends and housemates.

Director Berchard received the 2015 ASPCA Media Excellence Award, and rightfully so. “A Dog Named Gucci” shows that every individual who stands up for animal rights can indeed make a difference. And although there are still thousands of cases of animal abuse every year that go virtually unnoticed and unpunished, there are plenty of us who do stand up and fight for the rights of our Earthly brethren — canine, feline, or otherwise.

A Dog Named Gucci website
Posted by Goatsden at 11:21 AM No comments: 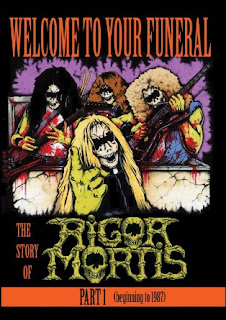 This documentary, produced with the direct involvement of the surviving Rigor Mortis members as a tribute to their fallen guitar legend Mike Scaccia (later famous for being Ministry’s mid-to-late period guitarist), covers the inception of this influential Texan speed metal outfit until 1987, when they signed to Capitol Records. It’s a solid and reverential collection of rare footage, both live and behind the scenes, with tons of interviews with friends and band members telling all sorts of sordid tales of the band’s legendary drunken brawls, parties, and hellbent live shows that fused brutal death and speed metal with a horror/gore slant.

Narrated by Philip H. Anselmo (yes, he of Pantera and Down fame and infamy), this is a thoroughly entertaining and intimate portrait of one of Texas’ best loved (and hated) bands. Speed and gore metal fans who are familiar with this band need to check this one out, and even those curious as to the genesis of a band who’ve since influenced a shit-ton of metal bands, would do well to see this one. It’s not overly slick or packed with digital graphics, but it’s a great document and a fitting tribute to a real-life guitar hero.

MVD Visual
Posted by Goatsden at 11:06 AM No comments: 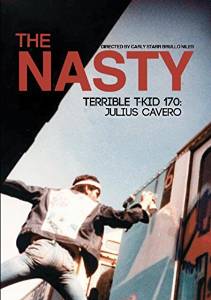 A quick (49-minute) documentary on the life and times of infamous NYC graffiti artist Cavero (aka Terrible T-KID 170), this rough and tumble collection of old, hand-shot footage and recent interviews (with Cavero himself, namely, alongside some of his peers and fans) isn’t much to look at, and may only be of limited interest, but it’s certainly a must-see for fans of renegade street art.