To Kill A Petty Bourgeoisie - "The Man With The Shovel Is The Man I'm Going To Marry" (director: Tristan Allen)

A lovely, dark little official video for this track from the duo's last release, though new to me. Their new CD, "Marlone", is due this month from Kranky, which I look forward to...Meantime, check this out. 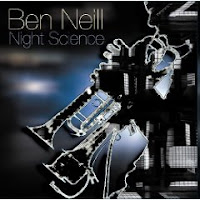 Ben Neill's trademark creation, the "mutantrumpet", takes center stage here, on this predominantly electronic release. Initially studying with folks like La Monte Young and working with John Cage, Neill, since the 90's, has skirted the edges of both jazz and electronic music, inhabiting a realm somewhere in-between. "Night Science" utilizes plenty of dub/step beats and sequences, with Neill's late night trumpetings taking the smooth club sounds into a more subtle, almost romantic, and decidedly nocturnal arena. On cuts like "Hearthrob", it's a floating, almost ambient techno journey with strings and distant vocal samplings. Otherworldly, to be sure. but pleasant. "Night Science" is soft, lilting, and lovely trip to a night-time world of electro-jazz -- not too "out-there", but unique nonetheless. (Thirsty Ear)


Ben Neill site
Posted by Goatsden at 7:05 PM No comments:

My Own Grave - "Necrology" CD 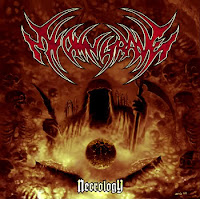 I had to scour the label's website in order to figure out WHO the hell this CD was by! Seriously, these awful, stereotypical death metal fonts are well overdone, aren't they? Anyhow, that aside, this is a Swedish death metal horde that manages to kick some serious ass. Innovators they aren't, but the band's Swedish-meets-American death metal is everything you could hope for -- the vomited vocals, hyperspeed riffage and drummage, and a pinpoint-perfect production that leaves space for each instrument, and gives "Necrology" a crisp, clean, and deliciously thunderous whomp. "Exhumed To Be Buried", for example, is wicked, intense, and dense, but clear. Well-done, guys! (Pulverised Records)

My Own Gravesite
Posted by Goatsden at 9:26 AM No comments:

The Few Against Many - "Sot" CD 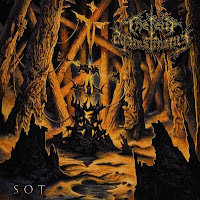 Hmm. This is a Swedish act (comprised of members of Scar Symmetry, Dark Tranquillity, and Katatonia, among others) who mine the territories between classic thrash, death, and maybe a little gothic metal (at least with the little underlying keyboard melodies). To their credit, it's a crisp and thumping release, with lightning solos, almost prog/symphonic electronics (though sometimes it's pretty cheesy), and cookie monster vocals. "Blod" gallops along convincingly enough, and their genre-blending is refreshing, amidst a sea of soundalikes. Good metal, but not quite great yet, though the potential is there. I'm just not blown away or convinced over the course of a full-length. (Pulverised Records)

Few Against Manyspace
Posted by Goatsden at 9:16 AM No comments: 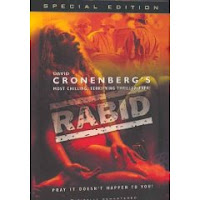 This early (1977) Cronenberg film follows a similar path to his other films of this era (most strikingly, "Shivers", and perhaps even his very early "Crimes Of The Future"). But on it's own merits, "Rabid" has a lot to say, especially in light of the pandemic fears of today. "28 Days Later" may also owe a substantial amount to Cronenberg's early paranoiac/disease horror like this.
Anyway, all that aside, the sweet and lovely Rose (played by a luscious, young Marilyn Chambers in one of her sole "mainstream" roles - hah) is given experimental plastic surgery at a fringe hospital (Keloid Clinic? Come on, now). Well, she becomes a host/vector for an undocumented virus/disease that makes those infected "rabid", with a lust for flesh. Perhaps with the plethora of zombie flicks around, this may seem rather elementary and even quaint. However, Cronenberg injects enough science into his horror, this sometimes seems more serious than it may actually be. It's certainly not one of his finer works, but holds up reasonably well. Enjoyable, but non-die hards should investigate the chilling "Videodrome" or "The Brood" for more inventive id-oriented science horror.

Posted by Goatsden at 8:45 PM No comments: 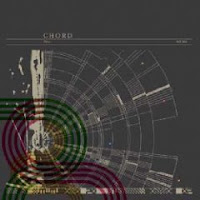 Combining members of Chicago rock and experimental groups like Pelican, Anatole, X-Bax, and Unfortunaut, this "not-supergroup" formed itself several years back, but this is their debut release, and it's an impressive one, to say the least. Chord's forte, and their strength, is that they concentrate their sound on that of the sustained, singular chord. Thus the name. The second track, "Gmaj (13)" is likely my favorite, possessing all the power, drama, and tension of a powerful rock track, without going as far as to BE rock. Quite a feat. "Chord" is a minimalist guitar/noise drone collection that has enough ambience, as well as rough edges, to be a superlative and transcendent listen. Inspired by stuff like Tony Conrad and Glenn Branca's tonal compositions, Chord's 54-minute album flows and drifts with plenty of texture and mood, never staying static for long. Sounds gradually build, crescendo, and fall like the tides. You won't hear any melody here, nor is there a detectable rhythm at all. In fact, the final track dispenses with the subtlety with no apologies, spewing forth a scalding barrage of brooding feedback. Stunning! This is pure sound, and "Flora" successfully creates an atmospheric travelogue, full of subtlety and depth. I loved this one, and will be playing it often. (Neurot Recordings)

Here's a little something weird and somehow fascinating...actual toy (or collectible) bobbleheads of legendary, incendiary punk rock stars! Hah! Parental discretion is advised, kiddies!
Posted by Goatsden at 9:29 AM No comments: 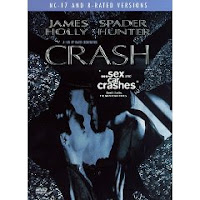 One can refer to Freud himself, who postulated that "sex and death are inexorably linked". An old French metaphor considers orgasm itself as "la petite mort", or "the little death". This 1996 film by lauded director Cronenberg, based on a controversial and legendary short story by science fiction legend J.G. Ballard, explores this relationship with intelligence and cold, steely, monochromatic non-emotion. Translating this tale to the big screen was unlikely, and considered improbable -- even impossible -- but Cronenberg is no stranger to controversial and difficult filmmaking (witness his translation of William S. Burroughs' surreal/drug hallucination "Naked Lunch").
In this tale, James Spader portrays James Ballard (ha), a film director who is slowly lured into a small fetish group who fantasize and recreate disfiguring auto-accidents, and famous fatalities -- for sexual release. Sometimes it's at a premium cost, though, with limbs and lives to pay for their "fun". The psychopathology of this whole concept seems to point at the behavioral mutation only possible in modern society. The fetishization of technology has bled into a sexual behavior, the thrill of metal meeting flesh. "Feel the crashing steel, feel the steering wheel", so proclaimed influential early electronic classic "Warm Leatherette", by future Mute Records headmaster Daniel Miller's one-off project, The Normal, which was certainly inspired by this story. Indeed.
At the time, Cronenberg's "Crash" was (barely) given an R rating (actually it was given the kiss-of-death NC-17), due to some seriously mature themes, and it got quite a bit of slack for it's sheer gall and near-pornographic content (most of which is implied rather than depicted, though, honestly) . It's definitely a polarizing film, and not one that can be written off easily. Perhaps it's not one of Cronenberg's finest works (where to begin? So many...), but this movie certainly stands up to repeat viewings and continues to put forth some disturbing, and still-relevant, questions. 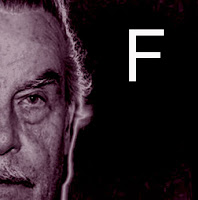 Phillip Klingler and fellow sound artist Geary Roe II collaborate here on a highly-abstracted 78-minute set of dense textures and fairly dark sound manipulations. Sequenced by PBK from a series of live improvisations, "F" is a proposed soundtrack to the mind of Hans Fritzl, the (now-imprisoned) Austrian beast who kidnapped, imprisoned, and raped his daughter for 24 years. Not that this is some kind of morbid set of "industrial" music stereotypes, though. Not knowing the gory details/thematic intentions, the "F" CD is mostly ambient noise -- not a lot of jarring sounds, but mostly deeply collaged compositions, likely from manipulated electronics and circuit-bending. The CD itself has precious little info, in fact practically making this an anonymous release. I found it a pleasant bit of background listening, perfect for reading National Geographic to, believe it or not. (Somnimage / Power Silence)

This one's on my 'will-see' list...Bret Easton Ellis tale, some good names...

Posted by Goatsden at 8:11 AM No comments: