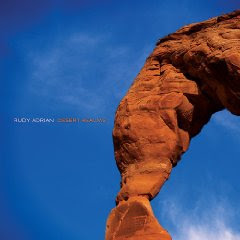 Inspired by the vast, expansive landscapes of the American Southwest (specifically Arches And Canyons National Parks in Utah), New Zealand-based ambient/electronic composer Adrian has crafted a serene and stately set of audio soundtracks. The opening tracks depict exactly as they imply - 'Saguaro Silhouette', 'Pathway', or 'Circling Hawk' are all richly evocative travelogues of a natural eden. 'Subterranean River' echoes the ebb and flow (and stillness) of the submerged world, whereas 'Cloudburst' brings the life-affirming rains. Adrian's sonorous strings and reverberations are accented in spots by Nick Prosser's Baroque flute, which brings a primitive sense of humanity to the pristine environments. 'Desert Realms' is exactly what the title implies - a set of beautiful, magnificent, and primal soundscapes with a hint of mystery and shadow - ideal for unwinding with or for creating a unique mood to your surroundings. Wonderful work and worth multiple listens. (Lotuspike)
Posted by Goatsden at 3:31 PM 1 comment:

A toast to the new chief! 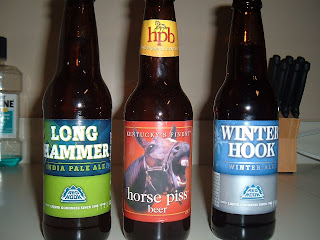 Ah, it's time to celebrate the election of a new president with a more progressive, positive, and worldly-conscious outlook. How about some new beer to salute the new administration? Aw, hell yeeeeah. This month we have some fine drinkables from some brewing companies close to my heart - Louisville, Kentucky's fine Bluegrass Brewing Company (BBC), which has some amazing food and beers at it's restaurants/brewpubs, and Redhook in scenic Washington state, where I once had a nice drink in the company of some fine friends (hello DF and CE)!

Keep in mind that the votes run from 1 (being absolute swill) to 5 (top-shelf, worthy of a king/queen's inbibery). In the immortal words of Brion Gysin, we're 'here to go'.

Mmm. A clean and golden beer with a wonderfully rich aroma. First taste is hearty and hoppy - exactly what you'd expect (and demand) from a true IPA. Classic, strong, and Long Hammer hits the spot.

Not to be be confused with the unremarkable Wisconsin-based beer of the same 'Horse Piss' name, BBC's entry pours a faint urine yellow - appropriately enough, with almost no nose. Smells like a mainstream beer, and tastes very plain and watery. This is a lager without much personality. But at least there's no pretense here - what you get is exactly what you'd expect from the name. Methinks the consistently top-notch BBC Brewery is pulling one over with this novelty brew.

This one pours a rich amber, with limited froth. Taste is hoppy but with an added spice accent - mild but detectable. A very enjoyable ale, sturdy and full-bodied.

Redhook Brewing site
Posted by Goatsden at 3:09 PM No comments: 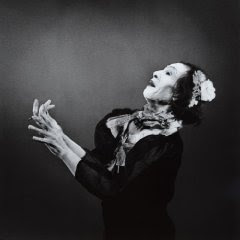 Antony Hegarty's rise to fame has come sharply, as influential folks like David Tibet (of Current 93), Lou Reed, and Bjork have recognized his genius and talent, either by touring or recording with him. 'The Crying Light' is the third full-length release by Antony and the Johnsons, and it's once again a rich and inspiring collection of gorgeous torch songs with piano, strings, and light instrumentation - all centered around Antony's unique and distinctive falsetto. 'The Crying Light' isn't a light listen, though. The album seems to be a sorrowful lament, with an eye on a more beautiful future -- or, to put it another way, loneliness finding solace in mother nature, or maybe reflections on death, even. In any case, 'One Dove' is particularly effective, with Antony's almost-blues vocals reflecting introspectively into the abyss. 'Kiss My Name' is more rapturous, evoking a (perhaps posthumous) celebration of a life filled with love. 'The Crying Light' as a whole is a passionate depiction of an individual filled with demons and regret, all the while making peace with everything and everyone. An amazing and subtle yet dramatic recording with heart, and that's as much of a recommendation as you should need. (Secretly Canadian)
Posted by Goatsden at 4:49 PM No comments: