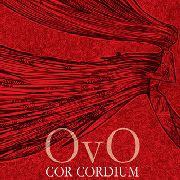 Italy's OvO are a guitar/drums duo creating freaky primitive no-wave noise/rock. Flecks of black metal, noise, and punk figure somewhere in the mix, but these folks gene-splice it all into a disturbing new creature. "The Owls Are Not What They Look Like" is a creepy noise bit, with feedback and bent guitar strings erupting into shrill (almost humorous) verbal gobbledigook from front lady Stefania Pendretti. Other tracks are agonized mixes of weird noise and gutteral belchings. Odd, unique, and not for the faint of heart.
(Supernatural Cat) 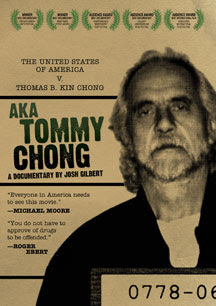 This is a fascinating documentary on the 2003 imprisonment of actor and comedian Tommy Chong for "distributing drug paraphernalia (bongs) through the internet". With a lot of astute and well-researched information, director Gilbert makes a startling case that the entire debacle was basically a "career move" by a certain rising politician, and a ham-fisted attempt by the government to discredit a countercultural icon.

Besides spending substantial time examining Chong's scapegoating by the Justice Department, this is a superb biographical document of Chong's long and surprisingly impressive resume (little did I know he was a guitarist in Motown group the Vancouvers way back when).

As it includes cameos and interviews with Chong's longtime comedic partner Cheech Marin, as well as friends and allies like Bill Maher, Eric Schlosser ("Fast Food Nation"), Jay Leno, Peter Coyote, Lou Adler, and George Thorogood, this one brilliantly depicts Chong as a loving husband and family man, and a highly intelligent personality who should be treasured rather than vilified. Shame on those dirty politicians. Cheers to Gilbert and Chong for this endearing and enjoyable document. (MVD Visual)

Posted by Goatsden at 8:54 PM No comments: 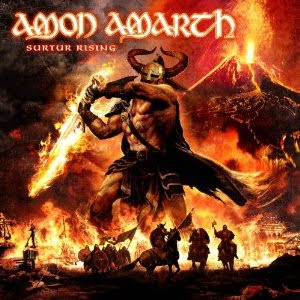 The most likely template for Dethklok (the fictitious animated band from Adult Swim's "Metalocalypse"), these Swedish warriors unleash their 8th studio album, and it leaps out of the starting gate with the potent and galloping metal of "War Of The Gods". A harbinger of good things? In this case, yes.

Amon Amarth's respected Viking metal is produced magnificently, with every bass, lead, and rhythm guitar riff being clear and intense. The seething, gurgled vocals of Johan Hegg are scalding, and the drumming? Couldn't sound better. Crisp highs, deep lows. It all adds up to a seriously world-class metal album.

The band's Tolkien-inspired song-tales of Norse mythology and epic battles are melodic and proficient, all the while remaining as complex as Meshuggah or as brutal as any death metal. It's like death metal with melody, thrash metal with songwriting, or black metal with muscles. This is the music of Odin, of Thor and the gods of Asgard. "Surtur Rising" is, from start to finish, one of the best metal albums I've heard this year. (Metal Blade)

Amon Amarth site
Posted by Goatsden at 10:27 AM No comments: