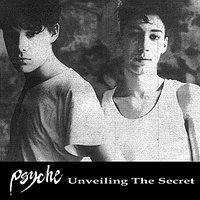 Edmonton electro duo Psyche’s sophomore album, this one originally from 1986, is a decided progression from their harsher horror-tinged debut. From the onset, the opening cut, “Thundershowers”, shows a slicker, more elegant electro-pop direction. Vocalist Darrin Huss’s melodic pipes are up front, while brother Stephen’s analogue keyboard programming fills the rest of the space admirably with a dark, filmic edge.

“Caught In The Act” is a more mischievous, malevolent spirit. “The Darkside” showcases Stephen’s skill at cinematic instrumentals, before the legendary “Prisoner To Desire” reveals itself with a beautifully smooth yet melancholic dance-club angle. “The Saint Became A Lush” is another classic, with a foreboding horror edge, yet still remaining somehow stylish and classy. The whole album dates very well, and the remaster sounds great.

Extra tracks are plentiful here, too, making this the definitive version of this classic electro-pop album. Highlights include the dark, shadowy “The Crawler” and the electro-thrash of “Screaming’ Machine”. “Waiting For The Stranger” is another heavier electro-stomper with a bend towards Psyche’s earlier blood-and-guts horror sound. Listeners to this reissue also get extra remixes of “Unveiling The Secret” and “Unveiling The Secret”, both of which extend the tracks into clubland, plus some previously unreleased cuts. A superb release that deserves much attention to fans of both dark electro-pop and proto-industrial dance sounds. Psyche were there, and “Unveiling The Secret” is proof positive that they were ahead of the game even 30 years ago!

Posted by Goatsden at 2:09 PM No comments: 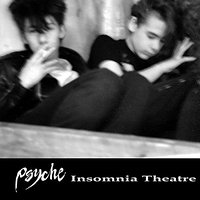 This is the definitive version of the vastly under-appreciated 1985 debut from Edmonton electro duo Psyche. Fronted by the charismatic vox of Darrin Huss and backed by clear, cinematic synth soundtrack vibes by brother Stephen Huss, Psyche was equally as inspired by Suicide, Soft Cell, Fad Gadget, and John Carpenter’s soundtracks. In short, it’s a horror-shock electro vibe here, perfectly suited to fans of those artists or peers like early Skinny Puppy.

Beginning with the classic "The Brain Collapses", and continuing through greats like "Wink Of An Eye” and the midnight drive-in verses of "Maggots", this album, even after 30 years, brings some magnificent analogue electronic grooves.  "Eating Violins" is an instrumental track showing Stephen Huss's skill crafting film-quality electronica with an ear for both dark ambience and melody. It's a brilliant and memorable cut, for sure. The aggressive “Children Carry Knives” is another highlight, somehow reminding me of the group’s affinity for another Canadian horror great, David Cronenberg. The straightjacketed electro shock of "Wrench", the demo of the pop-leaning "Why Should I?", and the tongue in cheek late night horror of  "Mr Eyeball Ooze" also round out the disc’s lengthy set of memorable and unique electro.

This expanded remastered re-release includes the full original vinyl LP’s 8 cuts, plus 11 other tracks, including plenty of previously unreleased gems unearthed from the band’s vault. In short, it’s a treasure trove of classic electronics from a group that deserves much more notice. 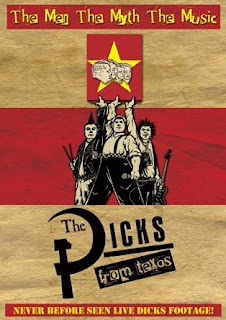 This 70-minute documentary examines the legendary Texan punk band, the Dicks, who remain woefully obscure today, despite influencing everyone from Ian MacKaye to Henry Rollins (both of whom appear here, by the way). Director Marabito includes interviews with nearly all members (even archived ones with members and associates since deceased), including the charismatic frontman Gary Floyd, whose sexually ambiguous and unashamedly homosexual persona were quite a 1-2 punch alongside his outspoken and confrontational political and social satire.

“The Dicks From Texas” isn’t a super-slick or necessarily clean film, with some footage being rough and VHS-based. But that’s forgivable, given that most of this stuff is from the early 80s. There are some great stories here, from a time when being “punk” or different often meant harassment from the mainstream. The Dicks live on today with the occasional reunion show, and this film is a loving tribute to one of the weirder (and that’s saying a lot) underground acts spawned in the lone star state.