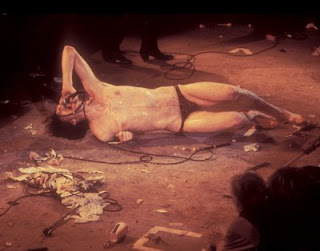 When I was just finding myself amongst the rogue/punk/skater kids at my high school, a friend gave me a copy of 'Bad Music For Bad People' by the Cramps. Having only experienced some of the better-known punk and college radio/alternative acts of the era, this wild collision of unhinged rockabilly with a fixation on trashy Americana, B-horror movies, and kinky sexual references ('What's Inside A Girl?', Can Your Pussy Do The Dog', 'Hot Pearl Snatch') immediately appealed.

Frontman Lux Interior's out-of-control onstage madness was instantly cool. Here was a band who did what they wanted, and worked far outside the confines of any scene. They roped in the punks (who apparently recognized the primitive renegade spirit of Lux, wife Poison Ivy, and the rest of the band), and the goths (the graveyard appeal of Lux himself was obvious enough). I followed the band through their major label days (even seeing them all over MTV at some point with their 'hit' 'Bikini Girls With Machine Guns').

It's even strange (though not surprising) to see the whole 'psychobilly' scene evolving out of what I perceive to be a Cramps obsession. Yes, if not for the wonderful, trashy, darkly humorous B-movie weirdness of the Cramps, I doubt that scene could even exist. They were the first, and, to me, the only name that mattered. The Cramps were legends, and true rock icons, and will remain so forever more as they continue to inspire bands and artists both young and old.

On February 4, 2009, Lux Interior (aka Erick Purkhiser) passed away of a pre-existing heart condition. He was 62 (though his actual age has been debated). May he rest in peace.

Posted by Goatsden at 8:04 PM No comments: 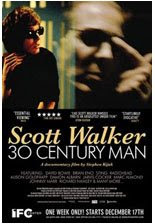 Ohio-born singer/songwriter/composer Scott Walker's rise in the 60's was brief and bright. With his band, the Walker Brothers, Walker (born Scott Engel) became a pop sensation. His success in England and Europe was massive, and he was known as the guy every girl wanted to be with, and the guy every other guy wanted to be. But he threw his pop stardom away as quickly as it came. He followed his true muse and recorded several LPs of odd, dark, and poetic songs that seemed to follow nobody else in particular (though he was known for his covers of French sleaze-chanson singer Jacques Brel). As his critically-acclaimed albums sank on the charts, he went into seclusion. For years. His myth grew, and he returned with a renewed vision, to cult acclaim and mild to lukewarm success. After another series of years away from the limelight, he returned in the 90's with the cryptic and avante-garde-leaning album 'Tilt', and thereafter with the even more arcane 'The Drift', which used raw meat for percussion, as well as full orchestras.
This feature-length documentary traces Walker's career, from his earliest days as a teen star to his 2006 recordings, where a still-youthful Walker directs his sound into unique and often confounding artistic directions, all the while wrapping his silky baritone around strange and eerily beautiful musical backdrops. Director Kijak includes, for the first time ever, studio footage of Walker recording, and extensive interviews with the man (and others, including executive producer Bowie, as well as Brian Eno, Radiohead, Gavin Friday, Jarvis Cocker, Johnny Marr, Damon Albarn, Sting (??), Marc Almond, writers, collaborators, and fans). Editing by Grant Gee is clever and arresting, and this is the definitive look at the man's career for the past 40+ years. It's a testament to the sheer genius (and possibly madness) behind the very down-to-Earth, yet enigmatic and mysteriously reclusive composer. A beauty, to be sure. 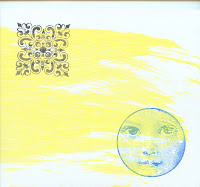 Being a fan of (and corresponding with, briefly) venerable experimental music/cassette-culture staples Crawling With Tarts back in the early 90's, I was delighted to receive this new work by CWT's Michael Gendreau. First, the unique and individually hand-made packaging (hand-painted digipack, rubber stamped) was instantly appealing to my tactile senses. And the music/sound within? It's two extended pieces - both based on field recordings made at Les Voutes in Paris, France in 2004.
The first variation, 'Voutes', is a raw vibration recording of the arch-shaped vaults under the rue Tolbiac in Paris. It's a lonely sort of sound, sort of hollow and spacious, like little spinning ceramic wheels rolling around in a back room, with the discernible rumble of vehicles overhead. Curious and slightly mysterious in it's abstraction, this piece is somehow relaxing, rather than unsettling or nervous.
The second piece is a live manipulation of the previous recording, with added live feeds and mixing. This one is somehow larger, deeper, and more cavernous. It's a heavier and more sonorous invocation of the same spirit. Exceptional, individual, and provocative soundwork that conveys, if nothing else, that there are worlds within the worlds around us. (Cohort Records)

Michael Gendreau website
Posted by Goatsden at 9:07 PM No comments: 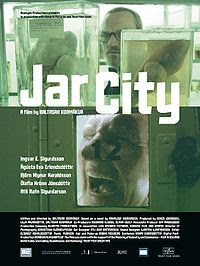 An overall satisfying forensic murder-mystery with plenty of twists from 2006, 'Myrin' features Ingvar Eggert Sigurdsson in the lead role as a troubled veteran investigator who is forced to go back decades to unravel the gruesome bludgeoning of a suspected rapist. Solid writing and acting, accurate English subtitles, and the wonderfully gray and isolated climates of the Icelandic countrysides (filmed in Keflavik and Reykjavik) make for an interesting and seldom-seen gem of a film. Worth a watch if you can find it.

Posted by Goatsden at 6:21 PM No comments: