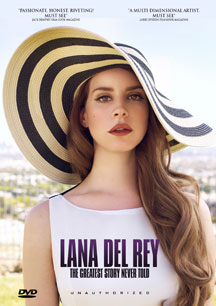 Guilty pleasure admission time. I really liked Lana Del Rey's "Born To Die" album. But this unauthorized documentary seemed shady from the start. Pop phenom Del Rey (aka Lizzie Grant) has only had one full album release, and already she has her "life story" committed to release? And it's not even a very interesting tale.

"The Greatest Story" could easily be subtitled "The Greatest Swindle", as this entire DVD clocks in at a skimpy 32 minutes. Most of it is taken from a couple of European interviews (both of which are apparently taken from youtube), in which Del Rey is given time to explain her motivations, directions, and inspirations. There's just not much there to explain or reveal, though.

Avoid this dishonest, opportunistic release. Only the most die-hard of Lana Del Rey fans will want any part of this shallow and lackluster release.

Posted by Goatsden at 9:47 AM No comments: 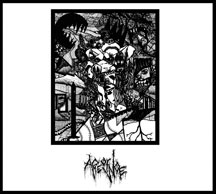 Sweden seems to be the home of the best metal these days, with the likes of my own favorites, Watain and Meshuggah hailing from that very destination. Age Of Woe's debut doesn't reach that watermark level of metal brutality nor complexity, but "Inhumanform" is a solid work of downtuned "d-beat" mayhem, nonetheless. And they're from Sweden.

"King Of Thieves" is a rollicking metallic joyride to hell, while "Black Rain" is a sorrowful, doom-laced piece. "At First Light" is a speed-laced, fuzzed-out rocker that channels both classic metal and hardcore. The rest of this 38-minute album follows closely behind. Maybe it's not so unique, but Age Of Woe certainly have the momentum and potential to join their aforementioned brethren.

Age Of Woe site
Posted by Goatsden at 9:07 AM No comments: 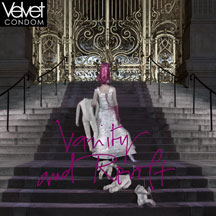 The name "Velvet Condom" is meant to evoke something smooth, but safe and plastic, and that more than fits here. This French-via-Berlin duo has released several albums since their formation in 2005, and this new one includes 80 minutes of what the band call "dirty pop" or "weird wave". I'd add "robot pop" as another possible description, as these tracks are minimal electronic pop tunes that harken back to the early new-wave days.

There are a multitude of sly synth grooves, not overly dance-worthy, but definitely of a gritty big-city Euro decadence. Imagine early Soft Cell combined with early Cure, as in "Trash Vaudeville", or the shoegazey Jesus & Mary Chain-styled "Separ-Hate". "Vanity And Revolt" is a very retro-inspired take on post-punk, maintaining a strict melodic slant within the cold and often gray feel of the songs. Solid work, especially for fans of classic wave.

Velvet Condom site
Posted by Goatsden at 8:40 AM No comments: 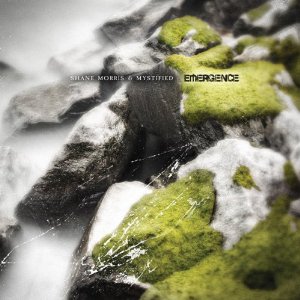 The second release in a trilogy of sonic soundtracks to the dawn of life on Earth, Morris and Mystified (aka Thomas Park) here craft "Emergence" around the appearance of mammals on the Earth. It's a lovely and mysterious primordial ambience that showcases the duo's skill at creating vast, organic-sounding environments.

Beginning with "From The Primordial Night", this album conjures magical images of a world teeming with wonder and life. "To The Icy Peaks" is a mysterious, fleeting, and haunting drift, whereas "Feet On The Ancient Forest Floor" sparkles with life on what sounds like a rainforest. Insects, drips of rain, unidentified creatures, wind, and distant rumblings -- all stunning worlds within a singular soundscape.

A large part of "Emergence" was composed with organic instrumentation (woodwinds, trombone, and acoustic percussion figure prominently), and this "third world" vibe is proof-positive that Morris and Park are masters at discovering ancient spirits encased in sound. 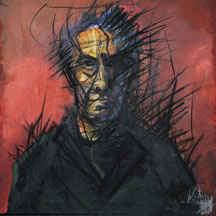 After several years providing musical support as a member of Sol Invictus, and assisting on recordings by Current 93 and Death In June, Ian Read and his Fire + Ice project have become staples of what is sometimes known as the "apocalyptic folk" scene. In truth, Fire + Ice isn't necessarily "apocalyptic" (although there are deep mysteries and concerns being voiced), nor "folk" (although acoustic guitars are present). Fire + Ice's music is rooted in old European folk, though, and is heavily inspired by runes, Norse and Germanic mythology, and pagan culture.

"Fractured Man", Read's 6th album as Fire + Ice, is a superb set of powerful and understated tunes. The title track opens, and is an atmospheric piece with harmonium and violin by Unto Ashes. "Caratacus" is a short interlude based around Douglas P's instantly recognizable guitar, while "Nimm", sung entirely in German, is a catchy, even sweetly dark nursery rhyme-style song. The odd pop of "Mr. Wednesday" would work well on the "Wicker Man" soundtrack, but that can also be said for the minimalist "Aelfsiden", which is a darkly beautiful lament.

For fans longing for the glory days of Current 93's incredible "Swastikas For Noddy" era (which Ian Read was part of), or the early works of Sol Invictus (likewise, with Read's participation), Fire + Ice pick up the slack. Lovely work, with plenty of nuance, strength, and passion. Excellent!

Posted by Goatsden at 8:24 AM No comments: 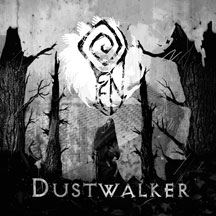 I'm sure that "tried & true" traditional black metal still has it's audience, but increasingly, bands are looking to move beyond this now-stereotyped, even over-done style. British act Fen are one of those groups who transcend the genre, while remaining rooted in it.

"Dustwalker" begins with the darkly atmospheric black metal of "Consequence". The second track, however, "Hands Of Dust", enters an entirely different arena, with moody, droning guitars alongside the feral black metal vocals. It seems Fen are straddling and blurring the lines dividing traditional black metal and what's been termed "post-rock". "Spectre" is even more tuneful, sounding like an old English folk song ala Syd Barrett. The track branches out into a spacious, post-Pink Floyd cosmic trip, even. "Wolf Sun" brings it back into a more heavy rock-based realm, returning with the blackened vocals and a straightforward guitar-and-drums orientation. The 13-minute closer, "Walking The Crowpath", meanders from Nephilim-style darkness to progressive melodic rock, and tends to get bogged down in it's own miasma.

Nonetheless,"Dustwalker" is a strong album and definitely a fresh direction.