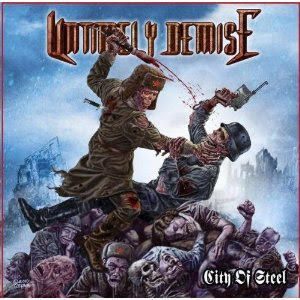 This Saskawawan metal band has all the classic thrash elements down well, and "City Of Steel" is their full-length debut. Produced by former King Diamond/Megadeth axeman Glen Drover, "City Of Steel" is a driving set of energetic and evil tunes that recall both the excesses and economy of Megadeth as well as the Accused (with the shrill, bilious vocals). Not a bad mix, if you ask me! "Hunting Evil" is ripe with wild guitar solos, whereas the title track is a potent and speedy assault of riff and rhythm. "Unmaker" begins as a melodic ballad at first, before erupting into a fury of anthemic metal mayhem. Superb work, and at only 32 minutes, a concise trip into a mad metal world. (Sonic Unyon Metal) 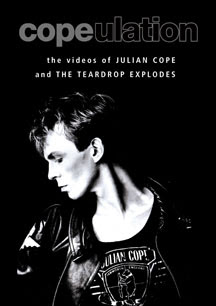 A nice and historical compilation of Cope's promotional videos, dating back to his days fronting Liverpool-based post-punk band The Teardrop Explodes, though sadly this only takes us up to 1990 or so. Where are the later Cope videos? Ah, the perils of licensing. Regardless, this is a worthy timepiece.

I first heard of Cope through MTV and his enigmatic "World Shut Your Mouth" video, which is thankfully included here. From that slice of new-wave rock, and from the rest of the more pop-friendly tracks here, there's little evidence of Cope's later (and current) fascination with avante garde psychedelic musics and Krautrock. "Copeulation"'s 14 tracks of 80's-era videos are well-worth a shot for Cope fans, but those on the fence may want to ignore these often dated visuals and silly poses. (Cherry Red/Universal)

Julian Cope's superb Head Heritage site
Posted by Goatsden at 10:30 AM No comments: 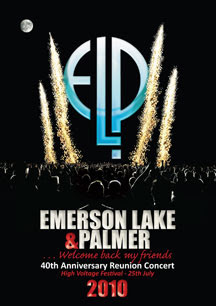 Chronicling the group's 2010 appearance at London's High Voltage Festival, this well-shot, multi-cam concert shows the legendary band's prog-rock indulgences well. Frankly, I was bored. Not being familiar with these guys' flashy and theatrical rock, I found that these guys have the musicianship in abundance, no doubt about it. But the extended solos and noodly nonsense lost me quickly. ELP aren't quite heavy, and their pretentious rock seemed forced and detached here. Not a fan. (Concert One via MVD Visual)
Posted by Goatsden at 10:20 AM No comments: 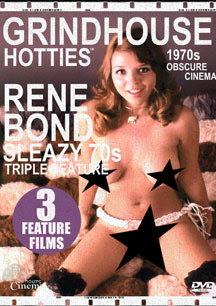 "City Woman" and "Show And Tell Hotel" follow, and both are fairly forgettable and pedestrian sets of vignettes. Sure, there's some pretty hardcore action here, but honestly, these were a chore to sit through. No, thanks. (After Hours Cinema)
Posted by Goatsden at 10:13 AM No comments: 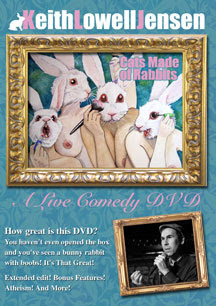 Stand-up comedian Jensen is billed as an "atheist comedian", which, although accurate, doesn't properly do justice to his stage act nor personality. In truth, his skewering goes much further, and has more universal appeal than that categorization might imply. On this well-done hour performance, the likeable Jensen touches on such universal subjects as pregnancy and parenthood, homophobia, marijuana legalization, being white, and taxidermy in the South. I had some moments of laughter, and plenty of smiles. Good stuff, but don't let the "atheist" tag fool you, as Lowell Jensen has much more to offer than just that. (Apprehensive Films) 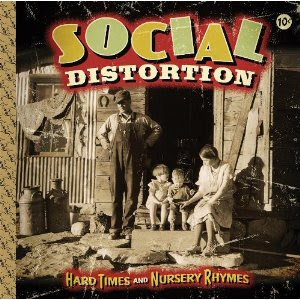 If I ever meet Mike Ness, I will shake his hand respectfully. The man is an American institution. Rising from the second wave (or is it first?) of west coast punk in the late 70's, he's been a survivor from the start, conquering substance abuse, a splintering scene, fallen band members, and cut-throat major labels, only to find himself 30 years later as energized and vital as ever. With his (their) first album in 7 years, Social D don't so much change things, as hone their craft to an even sharper focus. Their trademark hybrid of old rockabilly and punk, with hints of old country and folk are unmistakable and singular.

The driving instrumental "Road Zombie" opens, and prepares the listener for what it to come...great, catchy, and heavy tunes about the hard life, but with a reverent love of life that's contagious. "California (Hustle And Flow)" is a bluesy rocker with a gospel backbone, staying true to Ness' past while simultaneously being as radio-ready as anything he's ever done. But the 9 tracks that follow are no slouches, either. "Writing On The Wall" will stick in your head for hours, for example, as will "Still Alive", which sums it all up and closes things out perfectly.

Ness pours his heart and soul into his songs, never forsaking the energy nor melody. Everything here is world class roots-punk. If you've ever liked Social Distortion before, this is a must-have. Highest marks. (Epitaph Records)

Social Distortion site
Posted by Goatsden at 8:31 PM No comments: