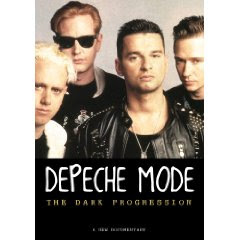 Reviewing these unauthorized documentaries is kinda tough. After all, they themselves are critical reviews. This particular one examines the origins and rise of England's masters of dark electronic pop/rock, from their days as the teeny new wavers of 'Speak & Spell' to the international rock superstardom of 'Violator' and 'Songs Of Faith And Devotion'. This one's nice in that it features interviews with peers like Gary Numan, OMD, and Thomas Dolby, as well as producers Gareth Jones, Dave Bascombe, and the usual critics and biographers. There's plenty of clips from Depeche's classic videos, and brief interviews with the band to round things off. Quite enjoyable for fans, as there's some nice little trivia included here. My only real gripe? The fact that the assessments only go on through 'Faith & Devotion' (that was 16 years ago, folks!) with no time given to the band's later years. So this one's probably a rehash/re-edit of an earlier release. Ah well. It's still a worthy addition to any serious fan's collection. Newbies? Head towards one of the group's fine 'best of' collections first. This is one strictly for the hardcore. (Chrome Dreams/Sexy Intellectual via MVD Visual)
Posted by Goatsden at 5:58 PM No comments: 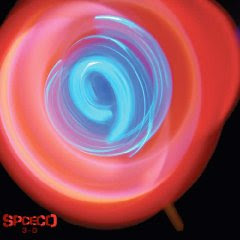 The first non-Collide release from American indie label Noiseplus, this cryptically-named release is, in fact, an alias of Dean Garcia of Curve. With vocalist (and daughter) Rose Berlin in tow, he's tapped into the heart of swirly, epic shoegaze with this splendid 13-song album. Relying less on electronic rhythms than his other recent works, SPC ECO (pronounced 'Space Echo') is by far his most pleasing release in years. 'Shine On Down' takes the template set by My Bloody Valentine and the Cocteau Twins and brings that noise-melody sound screaming/murmuring into the new century. Berlin's lost little girl vox are often obscured in the dense din of Garcia's programming and textured, layered guitars, but they add an ethereal feel to the songs, as in 'Telling You', which begins with a driving bassline and leaves just enough breathing space for her vocals to shine. In fact, SPC ECO is the closest Garcia's been to Curve in some time, and in some aspects, this is the culmination of his various projects. The production is superb -- deep, dense, and thumping in all the right places. Berlin's voice 'oohs and aahs' in a most sensuous way, and the songs flow beautifully. Sure, it's nothing to expand the shoegaze sound (it's pretty well peaked), but '3-D' is a seriously gorgeous listen for anyone who longs for the days of Slowdive or MBV (or Curve). 'You're Alright' is a more driving, rock-angled track, with Garcia's big guitars and stronger, more forward vocals from Rose. Two remixes close out this fine disc, one by Tim Holmes and another by Alan Moulder, which add a more clubby aspect to the tracks. Holmes' mix of 'Telling You' echoes Curve more than anything else here, in fact, and Moulder (who's known for his work with bands like The Jesus And Mary Chain) keeps a more swirly, droney vibe on his mix. A superlative release for those with an inkling for pretty noise. (Noiseplus)