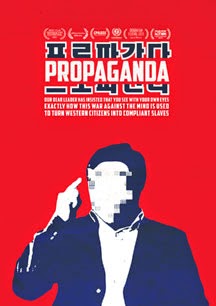 Now, this is a challenging film on several levels. Billing itself as a forbidden video, smuggled out of North Korea and disseminated on the internet, it's actually nothing of the sort. Clever marketing aside, it was revealed to be the work of New Zealander Slavko Martinov. "Propaganda" is a curious and highly critical look at the politics and propaganda of the West (particularly the United States and England), from an outsider's point of view.

Packed with literally thousands of slices of news footage and photos, this compelling documentary is about as scathing an attack on America's corrupt,  capitalist, sensationalist, corporate, and greed-driven ways as anything I've ever seen. And the bizarre aspect is, it's all fact. I don't disagree with this film, but it is tough to admit that we are all basically slaves to the rich corporate interests that fund and fuel our entire political system -- the same system that keeps us placated with awful television, toxic food, and a need to keep us from revolting and creating a new, more democratic society. Martinov doesn't dally around with subtlety, as this film is full of disturbing images that are certainly not for the timid or impressionable. "Propaganda" may be tough for most of us to stomach, but I don't doubt it should be mandatory viewing for most Americans who are content with thinking we are truly "free".

Conspiracy theorists will find much here to align themselves with, especially those who haven't chosen a particular "side" of politics. As far as Martinov is concerned, the Bush regime is the same as the Clinton or Obama regimes. Different faces for the same bloated and manipulative entities.

Saying I "enjoyed" "Propaganda" is only halfway true. Don't expect to be coddled here, it's a journey to be made only by those "ready" for such a confrontational look at ourselves in the so-called "democratic Western world".

Posted by Goatsden at 1:16 PM No comments: 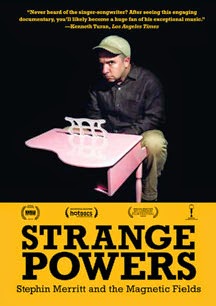 Having been recording for prominent indie labels for nearly 25 years now, Stephin Merritt has somehow fallen beneath my own radar. And that's a shame, as this documentary shows a conflicted by extremely talented artist who's capable of producing some world-class indie pop sounds without much regard for commercial potential. His primary project, The Magnetic Fields, has created an extensive back catalogue of post-punk, synth pop, and indie rock that has found favor with peers and a small but devoted fan base. That's not to mention his other projects like the 6ths, Future Bible Heroes, or the Gothic Archies.

In this feature-length documentary, director O'Hara was granted access to Merritt's personal life and includes many intimate moments, onstage and off. As well, his longtime musical partner Claudia Gonson is featured throughout, among other bandmates, outside musicians, and fans. It's more of a "behind the scenes" documentary, rather than a historical one, but that's just fine. Merritt may seem aloof and deadpan (even morose and disagreeable) at times, but it's his music that does the speaking, and Merritt's music is intelligent, emotive, and intensely personal, connecting with people around the world who may feel lost, heartbroken, or disaffected.

For proven fans, "Strange Powers" will be a revelation. To the unfamiliar, it's a great lesson and entertaining film about an artist on the fringes who deserves more recognition. 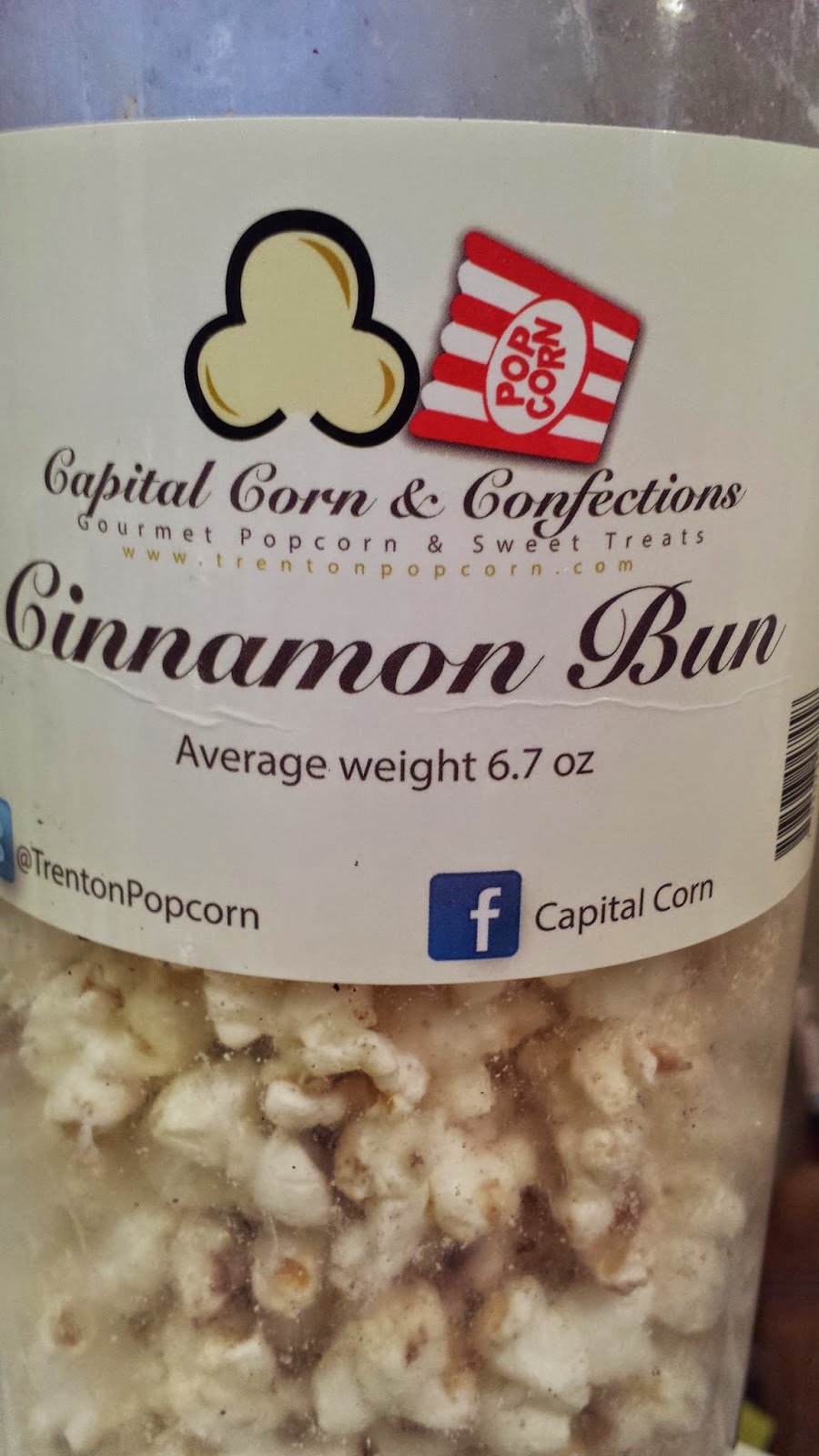 We received Capital Corn & Confections' delightful Cinnamon Bun popcorn as a nice promotional surprise this August. Housed in a 6.7 oz. clear plastic container, this gourmet popcorn was hastily opened to reveal a fluffy and sweet popcorn with a cinnamon-sugary glaze that did taste just as a good, warm cinnamon roll would.

I was particularly impressed with how the popcorn remained crispy and fresh-tasting, despite being coated with plenty of confectioners glaze, which would seemingly make the kernels go limp and soggy. Kudos to Capital Corn for making a sweet (and relatively healthy) treat that parents would feel more comfortable giving the kids. As one caveat, I'm not sure how natural or processed the sweet cinnamon glaze is, as there were no details on content or ingredients, unfortunately, so I have to hope that it's a wholesome and home-made mix.

Being as how it seems Capital Corn is a very small (and mostly local New Jersey, thus far) startup, it's refreshing to see them branching out, sending popcorn to faraway Indiana. With a little more word-of-mouth, I can easily see them making inroads with independent grocers, especially if they can verify or promote the natural ingredients contained within their delicious popcorn treats. From the website, I see they craft some other exotic (and undoubtably tasty) popcorn varieties. They do offer mail-order from their website, so give them a click and see for yourself!