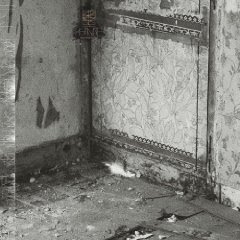 This powerhouse project includes the participation of several out-there music veterans, and the resultant sounds are at once oppressive, visceral, and excruciatingly (and deliberately) slow. Formed by avante guitarist James Plotkin, demonic-voiced madman Alan Dubin (OLD), Stephen O'Malley (Sunn O))), Burning Witch), and drummer Tim Wyskida, Khanate is an experiment in extremes. It's the sound of the charnels -- bleak, churning noise and agonized wailings, all set to a bowel-emptying slow-burn tempo. This is not rock, nor is it truly noise, but something more insidious, more dangerous, and, dare I say, more invigorating. This could be a more proper soundtrack to all those 'Saw' movies, if the film producers would dispense with the crappy industrial rock/nu-metal for a moment. "Clean My Heart" is the Melvins if they were being fried on a giant skillet, and the 33-minute closer, "Every God Damn Thing" is oddly minimalist, almost like a sparse ambient free jazz, if not for Dubin's hairsplitting shouts and Cookie-Monster bleats. Maximum discomfort, and some rather alarming music. This one's tailor-made for those of you who don't like, umm, traditionalism in your music! Hah! (Hydra Head)
Posted by Goatsden at 8:57 PM No comments: 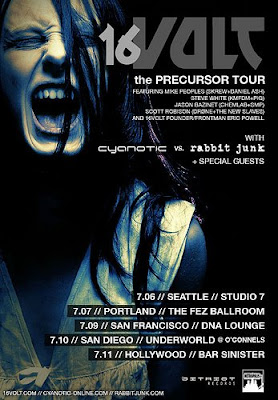 I've had a long history with Eric Powell and his venerable industrial/machine rock band 16Volt. While doing my own independent music zine, Godsend, back in the early 90's during the heyday of the Wax Trax! scene, I received a demotape from Nevada with three songs. I was instantly hooked with the strong songwriting, intense electronic programming and brutal aggression, and kept in touch with Eric for a while, giving his demotape an overwhelmingly good review and doing my best to promote it, even doing one of his earliest interviews.

Not long after that, he signed 16Volt onto fledgeling Re-Constriction Records, the new industrial imprint on Cargo US. From there, Eric released a number of increasingly heavy and precise albums of top-shelf electronic rock. Releases like 'Skin' and the blistering 'LetDownCrush' became influences and favorites of thousands (including some celebrity/musician fans), despite a sad and unjust lack of promotion.

I, personally, had the chance to finally see the band live back in 1999, as they opened for KMFDM. A brief meeting with Eric was cordial and friendly, and we discussed hanging out after the show a bit, though other factors led to that never quite happening. Regardless, it's great to see one of my favorite genre musicians continuing his progression, making some of the catchiest, most infectious head-snapping sounds around.

Now, for several reasons you can read about on his page, Eric is making most of his deep and amazing back catalogue of music available for FREE download. He's taking donations, but it's not necessary. Read about it here:

Suffice to say, if you like stuff like Nine Inch Nails, Ministry, Skinny Puppy, Rob Zombie, etc., do yourself a favor and have a listen. Thanks for all your music through the years, Eric.

16Volt website
Posted by Goatsden at 11:43 AM No comments:

Placebo - "Battle For The Sun" CD 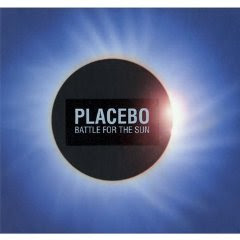 Placebo's place in the pantheon of dark indie rock circles has been thoroughly cemented. They've played with admirer David Bowie, been featured in the glam-rock docu-drama "Velvet Goldmine", had UK hit singles, and found a comfortable fan base of disaffected, tortured souls. This long-awaited follow-up to their fine "Meds" album of 2006 should please most fans, though nay-sayers will quickly turn a deaf ear. Vocalist Brian Molko's trademark nasal, androgynous delivery is instantly recognizable, and his angst-filled, sometimes self-destructive lyrics will strike some as contrived, pretentious, and possibly whiny. I like it, personally, as I think Placebo have found a unique voice in rock, speaking to the people who live around the edges of popular culture, from junkies and freaks to anyone who's had their heart broken or lost everything. The music is skirts the lines between 80's synthpop (listen to 'Bright Lights'), 90's indie rock (think Pixies and Nirvana), and a hint of electronica along the edges. "Battle For The Sun" is a solid album, full of self-questioning lyrics and moody music. The title track brings in climactic strings for an orchestral kick, and the harder-hitting 'For What It's Worth' will rock in the group's live show. But it's just not a step forwards for the band, and seems less 'dangerous' than past efforts. It's not their landmark album, and there's no instant classics, but I'll be giving it a few more spins to let it all soak in. (Vagrant)

Placebo site
Posted by Goatsden at 9:00 AM No comments: 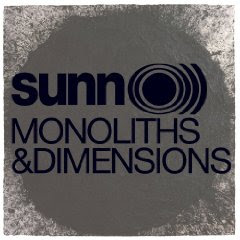 Hailing from Seattle, this prolific duo (Stephen O'Malley and Greg Anderson) has undoubtably been one of the most well-regarded acts the area has produced in many a year. Sunn O))) specialize in a special gray area that skirts the lines between ultra-heavy doom metal and avante-garde noise/drone. You think Black Sabbath were slow? These guys truly CRAWL, with long, drawn-out, down-tuned bass chords and a variety of spooky effects that could be the soundtrack to someone's mental breakdown. This album, the group's seventh (if you don't count their numerous singles/EPs/collaborations) ups the ante with plenty of guests and some larger cinematic moments. The 17+ minute opener here, "Agharha", incorporates narration from Mayhem's Attila Csihar, creating a texturally rich soundscape complete with horns and grinding strings -- impressively intense and otherworldly. "Big Church" incorporates a Viennese woman's choir for eerie effect (think a classic Hammer horror film, maybe). "Hunting And Gathering (Cydonia)" is almost like a symphonic black metal minus the drums, and again features Csihar's masterfully evil vocals among the blackened guitar grind and, get this, brass! The closer, the 16-minute "Alice" is almost a crescendo of slow, brooding strength, told through fuzzed-out, sustained power chords and horns. It ends on an almost hopeful, even jazzy note. 'Monoliths And Dimensions" is as apt a title as you're gonna get. This is real. I love it. (Southern Lord)
Posted by Goatsden at 12:52 PM No comments: