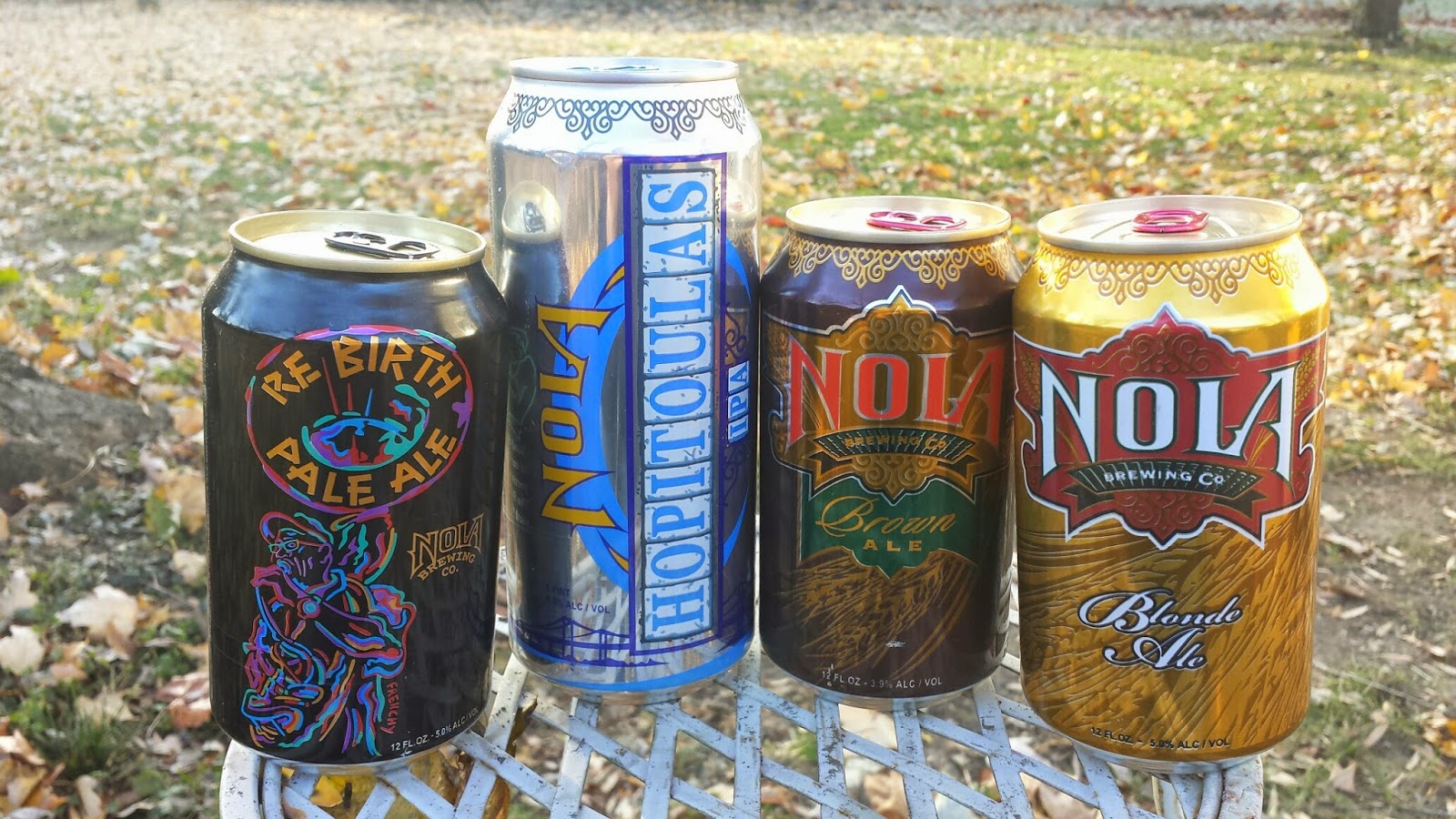 New Orleans Lager and Ale Brewing Company (NOLA) started up in 2008, surely to help jump-start the craft brew scene in Louisiana (which, in my opinion, was sort of lacking). Since then, they’ve established themselves as premier purveyors of quality brews, and although their distribution footprint is only in a few Southern states, I was able to sample some of their brews thanx to a friend visiting New Orleans. Here’s my rundown:

Appearance: Pours a semi-clear golden amber, with a nice head of off-white bubbles. Lace is negligible.

Taste: Heavy-handed on the hops — citrus and tropical fruit come through here loud and clear, with a lingering bitterness. I do detect a pleasant malty backbone, but this is first and foremost about the hops. Call this one a session IPA and it would be a big hit. Solid!

Appearance: Semi-cloudy amber, with some slight sediment. Maybe an older can? Big, thick head of bone-white carbonation, and a solid tree-line of lace.

Not a bad IPA, just not a great one.

Appearance: Pours from the can a muddy, murky brownish amber, with a fair head of fine off-white bubbles. Lace seems spotty and light.

Aroma: Nose is a dirty, earthy mix of malts — a tad sweet with a tinge of citrus underneath. I get some roasty chocolate malts, and some sweetness.

Taste: Light and almost lacking. I get a slight nuttiness and roasty element on the palate, but the light body is deceiving. There’s enough taste here to remain drinkable and sessionable. This one is faithful to the classic English brown ale style, and pretty decent.

Appearance: Pours from the can a cloudy golden with substantial head of off-white bubbles. Thin wisp of lace.

Aroma: A little caramel, a little toasty grain, and a hint of citrus hops falling behind. Pretty solid.

Taste: Mild and malty, but balanced nonetheless. A very engaging session ale here, though it certainly won’t impress hop-heads or most beer nerds. I can imagine this being quite refreshing on a hot summer day. Overall, not a complicated brew, but certainly an enjoyable one.

Posted by Goatsden at 1:32 AM No comments: