"In A Dream" (director: Jeremiah Zagar)

This upcoming documentary film looks quite good - bold, moving, and inspiring. And you want a musical tie-in? How about the fact that it includes music by Explosions In The Sky and Efterklang? Enough said. Thx to cbe@ for the tip!

Posted by Goatsden at 7:59 PM No comments: 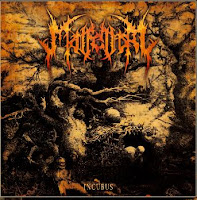 "Down With Me" explodes from the gates with a bang, or is it with a blast (beat)? Regardless, this project of Aborym's M. Fabban is a mighty surge of black metal unholiness. Production is crisp and allows the space (ha) for all the instruments to have their say, even if it is all fast, frenzied, troll-under-the-bridge aggression. I hear some echoes of classic metal in "Mysterious Mystical Majesty", and the bold, galloping rhythms remind me of a "Lord Of The Rings" scenario. Which is appropriate, given the mindset of this scene as a whole. "Void Of Voids" slows things down a tad, but the respite is brief and fleeting, as the title track is a spastic blur of malevolence. The closer, "Antisaturno (Thunapsu)" is a dark ambient proto-industrial sound collage -- a nice touch to seal things up. Malfeitor brings everything you could ask for in modern black metal, and although they aren't bringing much new to the table, it DOES sound a great deal better than their forefathers did, and who's to say they don't mean it just as much? (Agonia Records) 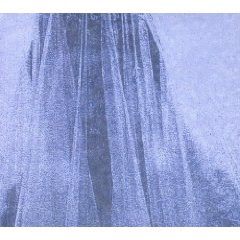 His first Kranky release in (gasp) almost 5 years? Davis has evolved much in his "absence". Indeed, "Mutually Arising" is a set of 2 extended tracks, both with similar trajectories, but altogether different endpoints. "Cosmic Mudra" is nearly 29 minutes of buzzing, carefully-layered drone. To an untrained, or impatient ear, this could be construed as single-note nonsense, but upon closer "deep listening", this drone is a combination of sounds that gently twist and envelop itself again, like an ouroboros circle. The drones become intense at around the 18 minute mark, and it's really quite an overwhelming experience. "Hall Of Pure Bliss" runs at 22 minutes, and it's a more spacious, lilting, almost ambient journey, It really doesn't get much more minimalist than this, thank you John Cage. But Davis' ear is on a spiritual angle here, as evidenced by his titles. Is this meditational music? You betcha. Imagine opium dens and alternate planes of consciousness, then imagine the soundtrack. This is that. (Kranky)