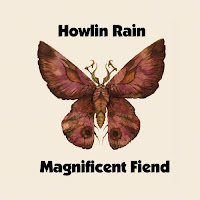 Ethan Miller's other band, Comets On Fire, is pretty well-known in freaky folksy psychedelic circles for their overdriven lysergic space rock. But rather than mine one classic rock avenue, Miller chooses to branch out a bit with his other group, Howlin Rain. Here, he gets to tighten up and write straightforward organic (some would say hydroponic, even) rock hits, inspired more by late-60's/early 70's-style stoner rock. You know, the kind they used to make before everything went 'metal' or 'punk'. Tight and bluesy, 'Magnificent Fiend' brings to mind a bright Summer day, with the top down, rollin' (pun intended) around town with nothin' better to do. 'Lord Have Mercy' is so groovy it would make the Black Crowes jealous. Yes, this is the real thing. Longhair rock isn't dead, it just went back underground. Howlin Rain are bringing it back up! (Birdman/American)
Posted by Goatsden at 9:46 AM No comments: 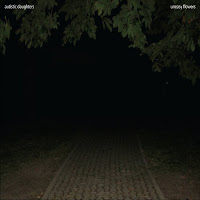 Drifty and sparse, yet melodic indie rock kinda sounds from New Zealand guitarist/vocalist Dean Roberts and his band. 'Uneasy Flowers' blurs the lines between your standard guitar/bass/drums/vocal kinda setup and more bare-bones minimalist construction, much like the wonderful Low and their mellow, shimmering moodiness. Similarly, Roberts' vocals and lyrics are somber and soft-spoken, yet more prominent and focused than in his past work. 'Uneasy Flowers' is a thematic album, with all tracks linked together lyrically. The subject is a character called Rehana, whose path is traced and described as a nomadic and ragged figure with a sort of tragic outlook. Looking for something a little on the sad and lonely side? Autistic Daughters provides the soundtrack, with a nicely subtle air and plenty of rich, gauzy textures. (Kranky)
Posted by Goatsden at 4:26 PM No comments: 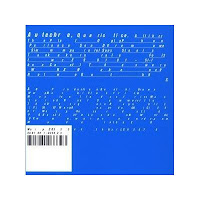 There's plenty of electronic-based acts that attempt to 'humanize' their machines, to coax real emotion from their gadgetry. Well, influential British duo Autechre are not of this mindset, whatsoever. For 15 years now, Rob Brown and Sean Booth have subverted and pushed the limits of (what some would call) 'techno' music into far-out abstractions, damaged beats, and alien soundscapes. Now, after confounding their audiences with the impenetrable algorithmic programming and skittering beats of their 2005 LP 'Untilted', they return to more, umm, listenable forms of electronica on the 20-track 'Quaristice'. From proto-ambient pieces (the desolate yet lovely--and almost melodic-- 'Notwo') to industrial-like cutups ('Fol3') to blippy, mutant hip-hop ( 'fwzE' ), they cover a lot of ground on this 73-minute monsterpiece. In fact, most of these pieces are relatively short, and all seem to be individual sketches of textures put into sound format. Autechre create and inhabit entirely foreign worlds within their machinery, and this imaginative and quirky blend of styles and disorienting moods is both fun and evocative. (Warp)
Posted by Goatsden at 1:10 PM No comments:

Paul Thomas Anderson - "There Will Be Blood" 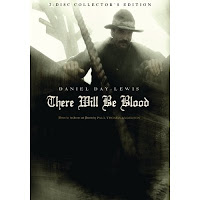 So we watched 'There Will Be Blood' at last. An award-winning period thriller from director Paul Thomas Anderson (from a novel by Upton Sinclair), this cast the charismatic Daniel Day-Lewis as Daniel Plainview, a tough oil prospector in the early 20th century, and Paul Dano as Eli Sunday, a small-town preacher who, like Plainview, sees himself a leader and spokesperson for the community. These two square off as Plainview's company rolls into town, seemingly to bring a much-needed cash infusion to the remote region. Without getting too involved, let it be said that these two encounter some pretty harsh times, and yes, there is blood. It's not a gory bloodbath, though. This beautifully-shot film (I think it may have been up for some kind of cinematography award) examines the effects of greed on supposed 'good' people's souls. It's as intense a film as you'll see anytime soon, well-scripted, well-acted, and completely worth your time. It's a long one (158 minutes), so find a comfy seat, as you may well be at the edge of it for much of this movie. Soundtrack by Radiohead's Jonny Greenwood, and appropriately subtle and packed with tension. Powerhouse!
Posted by Goatsden at 8:00 PM No comments: 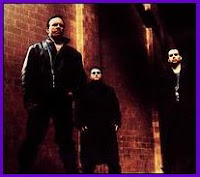 I didn't ever know Chris Moriarty (who passed away March 22), but I was a huge fan of his work with respected industrial/noise act Controlled Bleeding (as well as satellite groups Skin Chamber and Body Clock). Group leader Paul Lemos, along with Moriarty and third CB member Joe Papa, played a Wax Trax! Records showcase, as I recall, in New York (their home), way back in 1989. Some of this material is their more beat-oriented, "commercial" industrial dance period, which Lemos now regrets, but really, it was pretty solid work in the same vein as Front Line Assembly or Revolting Cocks. About half of this show was also the group's more ambient, funereal music, featuring the mournful vocals of Papa. So it certainly wasn't a 'sellout', by any means. Anyhow, this show was recorded by a friend with a tape recorder, and thus the sound is not exactly CD-worthy, but still a nice document of a time long passed. And a tribute to a fallen comrade. Controlled Bleeding

Posted by Goatsden at 7:35 PM No comments: