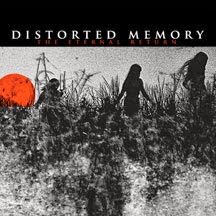 "Throwing Stones" is as close to an anthem as this band get, combining smooth club sequences with cold, evil vocals. "Back Away" is retro-industrial that's smoothed over with clubby disco sounds. "Becoming Winter" is another standout, with throbbing mid-tempo analogue beats alongside Pillipow's cut-glass vocals.

Disciples Of The Watch
Posted by Goatsden at 1:36 PM No comments: 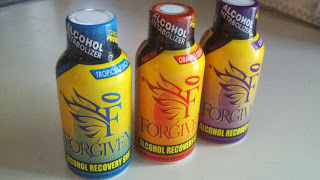 So, given that I have been writing about alcoholic products (namely, craft beer) for years now, it's a given that I would sometimes be offered unusual and related products for my evaluation (and promotion). This is something different, entirely.

Advertised as an "alcohol recovery shot", and "alcohol metabolizer", Forgiven is a vitamin-rich, fruit-flavored shot to assist in what most of us term as "hangovers". Sure, there have been numerous claims in the past, usually from "snake oil"-type salesmen, to remedy the awful next-day sickness often associated with excessive consumption of alcholic beverages. Truth is, there isn't any true "cure", aside from not drinking so much in the first place!

So, that said, I did approach Forgiven with plenty of trepidation. And, to be truthful, Forgiven doesn't CURE hangovers. It's basically a super-rich (and sweet) shot packed with tons of vitamins B1 (10,000%!), B3, B5, and B6 (2000%!), plus a generous dose of Zinc. In effect, this mix does assist the body in the quicker metabolization of the alcohol, thus getting it out of the system quicker. So it may not all be "snake oil".

So, the question everybody REALLY wants to know. Does it work? Using myself as a guinea pig, I tried the several varieties of Forgiven in liquid shot form. First, I tried the "Tropical Punch" flavor, with an aroma like weird herbal "fruit". Poured a dark brown, like Jagermeister. Tasted alright, though it was very syrupy-sweet. I didn't take notes as to how much I had to drink beforehand, but the effects were minimal. Maybe I was more conscious of my condition, but nothing really happened. Strike one.

A different night, and after several good beers, I popped the "Orange Dream" -- tasting like a super-sweet orange sherbet. Not bad, but, again, a very weird taste. I did, this time, immediately feel a slight alleviation of my previously-existing headache. I'm still a skeptic, and aware that the mere power of suggestion is quite powerful, too, but this time maybe the Forgiven helped?

Finally, I tried the Grape version, this time after a night of several IPAs and some whiskey shots. I can't say I felt too bad the next morning, anyway, but I did pop the shot in the morning, and had nothing but a slight, dull, distant headache lingering, and absolutely no nausea or loss of appetite.

My final conclusion? Forgiven isn't a miracle cure, by any means. It does, however, help a bit with the ill after-effects of alcohol consumption. I wouldn't, personally, trust in the stuff too much, and I definitely wouldn't do it often, but as a quick "pick-me-up", it's worth a try, at least.

Forgiven website
Posted by Goatsden at 1:32 PM No comments: 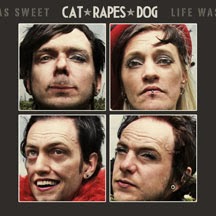 Sweden's kings of sleazy biker-rock-tinged electro have returned after a hiatus of 14 years. The 9 new songs here clock in at only 35 minutes, and I get a much more clubby, disco sound that I've heard in the past. Nonetheless, the same tongue-in-cheek humor and offensiveness are intact, as evidenced by the opening single, the solid EBM-groovy "God Hates Christians".

"Through A Glass Darkly" pumps up the dance vibes, with female vocals from Annelie Bertilsson (aka "Dannie Dudemeister"). The new-wavey "River Of Pain" is a fun diversion, while "Head Around" harkens back the the band's earlier, harsher  EBM-electro days. "A Thousand Years" closes out the album, unfortunately, on a pretty forgettable note. Overall, it's good to see CRD return, and "Life Was Sweet" fairly sums up their career, from harder electro to more synth-poppy disco cuts. Long-time fans will not be disappointed, and those looking for retro-electro with teeth will also be satiated.

Cat Rapes Dog site
Posted by Goatsden at 8:17 AM No comments: