Time Being - “A Place To Belong” CD 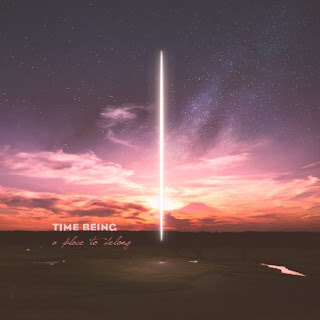 The second album from micro-ambient composers Phillip Wilkerson and Jourdan Laik begins with the icy digital drone tones of “The Wind Has Called”. “Every Memory” is a more ethereal trip into the clouds at daybreak, and “From Where We Are” brings a piano element alongside the fragile drones. If any album release were tailor-made for the wee hours, or for the waking dream state, this is it. Wilkerson and Laik’s gentle and unobtrusive ambiences are both soothing and narcotic.

“Farther Worlds” is an awakening of sorts, with big ominous bass drones amongst the shimmery tones. “Here Is Life” is more typically ambient, with a shifting juxtaposition of darker elements with lighter, lilting fields of cinematic sound, and the finale, “An Infinite Home”, reminds of a superb Eno piece, a seamless and refined statement in minimalist ambiance.

A beautiful release of gentle and evocative sound.

Posted by Goatsden at 7:02 AM No comments:

“In The House Of Flies” DVD (director: Gabriel Carrer) 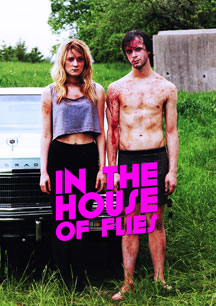 This micro-indie abduction horror/thriller is notable mostly for the voice acting of one Henry Rollins, who performs as “The Voice” — an unseen abductor who traps a young couple and confines them to a dark basement while he performs cruel tricks and mind-games on them. The pacing here is very slow, and there’s a lot of forgettable scenes and dialogue that really don’t do much to help.

To their own credit, main stars Lindsay Smith and Ryan Koteck (the teen lovers faced with starvation and torture) are quite believable in their roles as victims. The claustrophobic setting is effective enough, but the film’s lack of action nor depth makes for a  pretty tedious movie overall. And although this comes close to an outright horror film, the lack of much real gore or viscera is a definite detractor, too. It’s like “In The House Of Flies” holds itself back from the level of a “Saw” or other torture horror films by going a cleaner, milder route. And it just doesn’t quite work.

Ultimately, “In The House Of Flies” is unfulfilling and forgettable, and with that, I can’t justifiably recommend it.

Posted by Goatsden at 3:41 PM No comments: