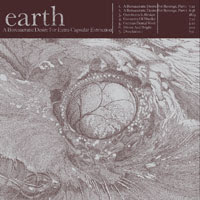 Among Olympia, Washington's most innovative and influential acts, Earth are immense. A major inspiration on one Kurt Cobain (who, incidentally, appears here), this is a reissued collection of early work from 1990, making this the earliest recorded Earth material. In contrast to the band's more recent atmospheric work, this is low-and-slow drone/doom metal. Think an instrumental Melvins, and you'd be in the same family. "Ouroboros Is Broken" is 18 minutes of throbbing, ebbing riff and Alesis drum machine -- like Godflesh all strung out, and in slow motion. 'Geometry Of Murder" is doom-grunge of the first order, while "Divine And Bright" has some mumbled vocals from Cobain. But that's just window dressing, as they say. The focus here is on the huge ten-ton riffage and alternating drone and pummel. "A Bureaucratic Desire" is Earth at their most monumental and gigantic. (Southern Lord)

Earth site
Posted by Goatsden at 12:28 AM No comments: 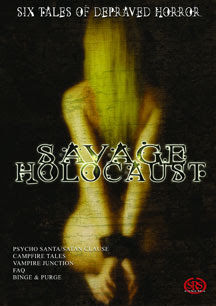 "Psycho Santa" (director: Peter Keir) - A horrendous backwoods Santa stalks his prey in broad daylight, and in full costume...and it doesn't even look like December! A little bit o' titties, some bad acting, almost no story...pass.

"Satan Claus" (director: Massamiliano Cerchi) - Cheapie slasher with painful sub-par over-acting. Santa here is a NY serial killer in costume, with plenty of sappy one-liners. Was this shot during a power outage? Why is the NYPD a dinky one-room with about 5 employees? I dunno, but this one's pretty well garbage.

"Campfire Tales" (directors: William Cooke & Paul Talbot) - This one's a series of
mostly-derivative 80's serial killer/slasher tales, notable for an appearance by Gunnar Hansen (the original Leatherface). Dumb teens and flat acting, mostly, but plenty of gore. My favorite piece is called "Overtoke", and is a sort of cautionary tale of weird-weed...fun in a seriously gooey way.

"FAQ" (director: Carlos Attanes) - An oppressive Orwellian future, in Paris, where human contact is verboten. Nono is a subversive citizen who chooses to interact with nature, women, and underground groups who seek to preserve the sounds of nature (of course, outside the law). The powerful Sisterhood attempts to silence him, or do they? Kinda confusing, kinda visionary, barely tolerable.