"Folks Are Talking: Oral Histories From The 1970s Gathered by Garret Mathews" 2xCD 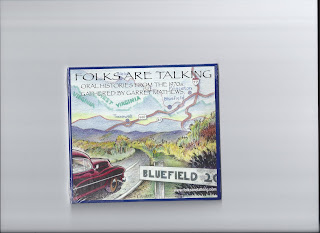 Longtime Evansville (Indiana) Courier columnist Mathews here collects a wealth of his experiences and interviews while traversing the backroads of his Appalachian home in Bluefield, West Virginia. Compiled from 1972 to 1987, Mathews narrates his stories over 2.5 hours and 2 full compact discs.

As an account of old-time Appalachian culture, Mathews succeeds, bringing the sometimes larger-than-life characters he covers (back) to life. He accents the tales with hints of bluegrass music, making his coal miners, snake charmers, backyard storytellers, moonshiners, gravediggers, prisoners, horse traders, cock fighters, and other working class mountain people seem as real (and alive) as you or me. It's an impressive set of pure Americana, illustrating the rich and vibrant culture and hard-living lifestyles of the era.

Mathews himself sums it up better than I can, saying, "These men and women are from a bygone era and most are long dead. I wanted to record our time together as a way of keeping their stories alive". Amen. For anyone interested in a true American way of life, before the era of iPods and Facebook, "Folks Are Talking" is a timepiece and history lesson rolled all in one. Bravo!

Interview with Garret Mathews, Evansville Courier columnist from 1987-2011, and creator of the "Folks Are Talking" project.

1. Why did you opt to release these stories in audio form? Were they previously available in one of your books?

"In 1979 and 1983 -- when I wrote for the Bluefield, W. Va., Daily Telegraph -- I published FOLKS 1 and FOLKS 2 that were collections of feature stories on men and women I interviewed in southern West Virginia and southwest Virginia. I selected a few of those tales for the CD project, but most of the recording was not included in the books. I chose to do audio because I had never done a recording before and thought it would be both fun and interesting. I wanted to add music to increase the depth of the project. I wanted to leave a historical record -- copies have been furnished to libraries in the two-state area as well as to Appalachian scholars from across the country -- and thought audio was the best way to go. My mailing list is extensive with more than 350 outlets. These men and women are from a bygone era and most are long dead. I wanted to record our time together as a way of keeping their stories alive. What they shared with me, I want to share with future generations."

2. What is your perceived audience for these tales and remembrances?

"I felt young people would be more likely to listen to CDs than read a book. The project will be a success if a goodly number of schoolkids hear this material and are inspired to learn more about Appalachian history."

3. Do you think these stories illustrate a particular time period in American history, or are they more timeless?

""Folks Are Talking" definitely illustrates a particular time period (the 1970s). Most of the men and women I wrote about (early United Mine Workers, coal handloaders, former sawmill workers) aren't around to tell their stories. They need a conduit to the modern day and I welcome that role.
The double CD costs $17 plus $3 shipping and handling. Checks should be made out to Garret Mathews. The address is 7954 Elna Kay Drive, Evansville, Indiana 47715."

For samples and ordering info: Folks Are Talking website
Posted by Goatsden at 5:49 PM No comments: 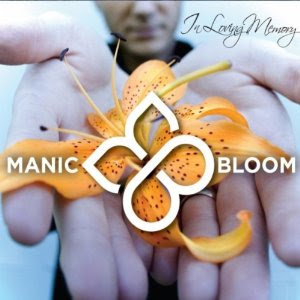 Nashville act Manic Bloom's second release is an 8-song set of melodic rock tunes that punch with an edge, yet manage to stay clean, ear-friendly, and song-based. Opening with the instrumental electronic moods of "La Naissance", these boys ratchet up the energy on the single-worthy "Never Back Down".

Fans of stuff like 30 Seconds To Mars, Kill Hannah, or Muse (especially on the proggy "Toynbee") will likely find something to enjoy in Manic Bloom, as the band's sparkling melodies and cohesive, well-produced sound is both deep and still radio-friendly. "In Loving Memory" boasts of several potential hit songs, and given the right backing, I'd expect to hear these guys again quite soon. (Brinklebrand Records)
Posted by Goatsden at 5:46 PM No comments: 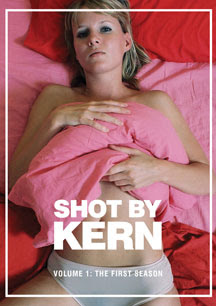 "Shot By Kern" is a collection of 20 short "webisodes", created by famous underground filmmaker Kern. His subjects? Women. In this series, Kern photographs natural women, most often nude (at least as much as they want to show), all the while interviewing them about their lives, attitudes, family, etc. And though prudes out there may disagree, this is not pornography. There's no sexual acts, just all types of "everygirls" giving us, the viewer, a somewhat voyeuristic look into their private lives. Call it exhibitionism, too, and Kern just happens to be the catalyst to capture it. These ladies want to be free, and Kern is their portal.

The beauty of Kern's work is that he bucks the trends, never showcasing artificial women. We get ladies of a variety of styles, from lesbians to aspiring Brazilian models to alternative/punk rock girls. Kern doesn't embellish or airbrush anything, and, if anything, that makes "his" girls so attractive. You might know one.

That said, the first episode is an extended visit with Sasha Grey herself. Of course, she's a wee bit more comfortable being photographed naked than most of the other girls, but she's a fascinating subject nonetheless.

In short, "Shot By Kern" is a very worthwhile, even unforgettable series of vignettes presenting women on their own terms, being themselves, and not "performing". It's a breath of fresh air in a world of artificiality and marketing. I am looking forward to volume two! (MVD Visual)

Richard Kern website
Posted by Goatsden at 5:43 PM No comments: 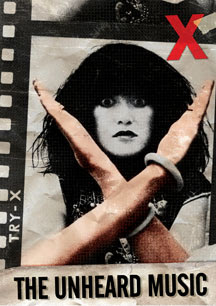 Originally released 25 years ago, this well-deserved reissue is a classic documentary of the legendary L.A. punk band X, recorded at during their prime, and featuring the participation of all members of the band, most notably both John Doe and Exene Cervenka.

Interspersing superb and intense live footage with interviews, behind-the-scenes images, and stock footage to illustrate the times, "The Unheard Music" examines a band at it's peak, and at odds with the music industry. Major record company executives are, entertainingly, also interviewed expressing their confusion at X and their supposed "lack of commercial appeal", while forgotten glam rock bands are mentioned as "the next big thing". Just hilarious! But best of all are the candid and honest conversations with Doe, Cervenka, Billy Zoom, and D.J. Bonebrake. There's plenty of prime live footage, as well, illustrating how very unusual and innovative X really were in melding their Americana/country-tinged rock with rockabilly and punk.

This movie often gets cited by those "in the know" as one of the great rock documentaries out there, and after seeing it, I'm not doubting the validity of that claim. And having not been too familiar with much of the band's catalogue (and history), this made me a fan. Bravo! (Angel City Media/MVD Visual)

X website
Posted by Goatsden at 5:40 PM No comments: 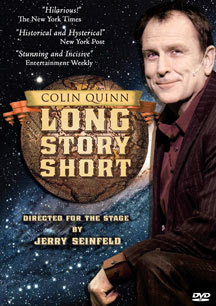 Veteran stand-up comedian Colin Quinn (of SNL and Comedy Central fame) here presents an audio-visual document of his Broadway show, and it's an insightful and entertaining blend of history and comedy, with stylish visual aids (and a well-done set) as support.

Directed by Quinn's friend Jerry Seinfeld and originally seen on HBO, this 75 minute show has Quinn detailing his own brief history of the world and the great empires, past and present. His brand of humor is laid-back and easily digested, as he relates the greatest and most innovative cultures of the world to today's world.

An enjoyable show, and worth a look for anyone into Quinn's everyman style of comedy. (MVD Visual)

Official website with trailer
Posted by Goatsden at 5:27 PM No comments: