Where The Wild Things Are 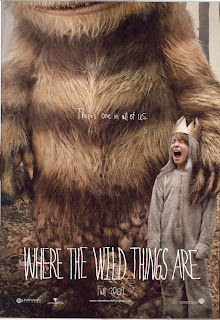 I loved this Maurice Sendak-penned book from a very young age, and I'm definitely not alone -- 'Where The Wild Things Are' is considered a children's literary classic. And director Spike Jonze has made some wonderful films/videos before ('Being John Malkovich', clips for Bjork, Pavement, Beastie Boys, Sonic Youth, Chemical Brothers, etc.). A good start, to be certain. To top it all off, in this trailer, The Arcade Fire's music ('Wake Up') is just heartwrenching. Count me in for this weird little adaptation - it may suck, or it may be something magical and beautiful. You be the judge.

Anyone reading this, wherever you are in the world...please take a moment to watch this clip, and visit:
Earth Hour 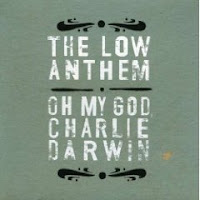 Seeing this multi-instrumentalist trio open for Irish songstress Lisa Hannigan recently was enough to convince me to pick this one up. Based in Rhode Island, The Low Anthem create brisk and timeless Americana -- melding turn-of-the-century working-class folk, hauntingly tender slow/sad gospel hymns, and raving lunatic blues -- all with startlingly sincere results. Their instrumentation (pump organs, harmonium, cellphones, zithers, Tibetan singing bowls as well as guitars and drums) to craft weathered vagabond stories and hopelessly romantic tales is refreshing and unusual. "Charlie Darwin" opens the set with a stirring falsetto courtesy of frontman Ben Knox Miller. 'To Ohio' is a kind of dead-ringer for Duluth's legendary 'slowcore' progenitors, Low (that's no bad thing). 'The Horizon Is A Beltway' is a rousing hoedown with gruff vocals that channel Tom Waits. In fact, 'Home I'll Never Be' even dares to cover a mighty Waits/Jack Kerouac composition, with surprisingly successful results. 'Ticket Taker' is stark, understated, and absolutely moving, whereas 'Champion Angel' is as anthemic and rocking as anything by Springsteen or the Arcade Fire. This genre-hopping and blending of moods could be disastrous in the hands of a lesser band, but the Low Anthem handle everything like true professionals. They are poised for great things. Hell, they are already there, as far as I'm concerned. It's just time everyone else noticed them. This album is already among my picks-of-the-year. (End Of The Road Records) 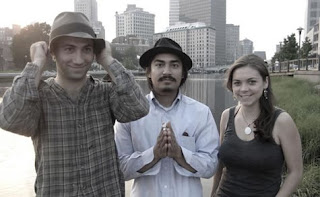 Posted by Goatsden at 6:30 PM No comments: 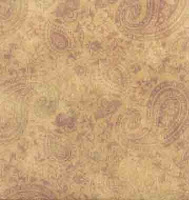 Another in the splendid split release series from Monticello, Indiana's Cohort Records, this one pairs a sound artist familiar to me with some relative obscurities, with mixed results. Famous veteran sound sculptor Dimuzio here collaborates with Bay Area improv drummer & electronic artist Custodio for a single 19-minute deep, ominous, and resonant drone, recorded live with electronic processing and spontaneous feedback, loops, and synths. The track, 'Air Way', feels much like falling into a deep, metallic cavern -- bleak and spacy, with plenty of reverb and unsettlingly cold textures. It is quite engrossing, and the full duration had passed me by without hardly noticing. The other track on 'Street Of Errs' comes from American noise artist Mark Wilson's Conure project. Recorded live at the Pussycat Lounge in New York City, the 27-minute 'Murray Street' is a thunderous, abrasive, and unforgiving feedback attack, with distortion and processing drowning out any of the street sounds that are the basis for this composition. This one's strictly for the more jaded noise-heads, as it's really pretty relentless. Still, it's enjoyable to hear some good old fashioned noise once in a while. (Cohort Records)

mp3 samples
Posted by Goatsden at 10:55 PM No comments: 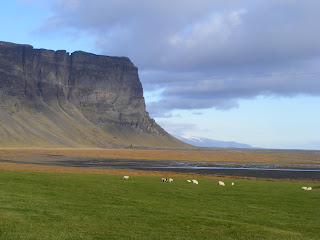 Back in June of 2008, a veritable 'who's who' of Icelandic pop and rock (namely, Bjork and Sigur Ros, plus Einar Orn's Ghostigital and Olöf Arnalds) converged upon Reykjavik to present a massive-scale free concert to raise awareness of looming industrial threats to Iceland's environment.
Together with other concerned citizens and activists, they created the Nattura website to make people aware of the environmentally destructive aluminum smelting factories that are already polluting their country, which has long been respected as being one of the cleanest and most naturally-harmonic cultures in the civilized world.

The sites continues to be available to address other environmental threats to one of the world's most unspoiled destinations. 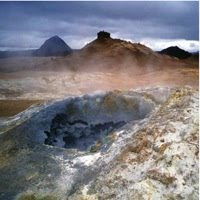 Bjork recorded a single ('Nattura'), with guest vocals by Radiohead's Thom Yorke, to further the cause (all sales went to the Nattura organization).
Now, a video feature has been released via iTunes (it's $9.99) that outlines Nattura's cause and the problems afoot in Iceland. A variety of artists, musicians, and citizens are featured, including both Bjork and Sigur Ros. A nearly-3-minute Quicktime trailer (it's absolutely stunning) can be viewed here:

As well, a Bjork has appeared on youtube in these UK news segments...

Posted by Goatsden at 9:51 PM No comments: