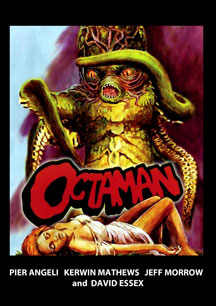 This 1971 drive-in horror/sci-fi certainly epitomizes the low-budget side of the genre as well as anything. "Octaman" is the tale of a research crew visiting Mexico who discover a new species of baby octopus, and subsequently find themselves tangling with the little beasties' mother -- a human-size octopus-human hybrid. The creature itself is a person in a silly rubber costume. Which is tons better than another SyFy channel CGI-fest, right?

It's an absolutely silly movie, still, but there is one tragic twist. This was the final film for the beautiful Italian star Pier Angeli, who overdosed on barbituates during filming at the age of 39. And, as a bit of trivia, the monster was the first film creation for future make-up and effects legend Rick Baker. Beyond that, it's a by-the-numbers sci-fi/horror crossover, definitely in a "radiation makes the mutation" theme.

Fans of classic, ultra-quickie C-grade cinema should check into this. Serious genre fans may want to steer clear.

Cheezy Flicks
Posted by Goatsden at 9:43 AM No comments: 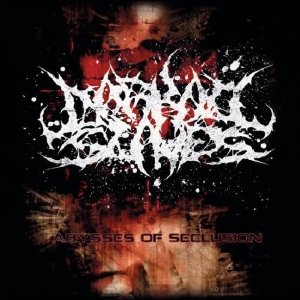 A short, limited-edition 3-song single from this new French blastbeat/death metal act, this all begins with the atmospheric "Intro". The frenzied "Mindless Damnation" follows, and is a raging assault of distortion, ferocious riffs, insane rhythms, and gutteral vocals. The title track brings a similar sound, with some unusually odd and complex structures (reminiscent a bit of Meshuggah) and another breakneck pace.

It's all produced very well, with clean highs and lows, and this is some really well-done technical death metal with a precise, almost mechanical assault that reminds a bit of Fear Factory, which works well. Highly enjoyable, but at only 10 minutes, all too short.