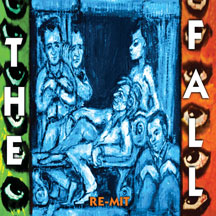 After more than 35 years and over 70 albums (30ish of them studio), the venerable Mark E. Smith and his merry band’s 2013 offering is a solid work of weird indie post-punk mayhem. Smith’s usual muffled, incomprehensible vocal ramblings are like those of a streetside drunk (albeit a very literate, well-read one). Witness the scruffy, stumbling “Kinder Of Spine”, which brings a loose and playful 50s-style groove alongside Smith’s larger-than-life persona.

“Noise” is a slice of electronic sound poetry, while “Hittite Man” brings a swaggering almost Birthday Party-esque madness. “Pre-MDMA Years” is more skittering electronic sound poetry, actually quite effective, while “No Respects rev.” is a swanky, upbeat pop tune. That is, until Smith chimes in with his gruff and growly vocals. “Irish” is a cool post-punk beat that’s faithful to the Fall’s history as indie rabble-rousers.

This is a solid, listenable, and often experimental Fall album (witness the computer game blips opening the otherwise appropriately-titled “Jam Song”), and among the better I’ve heard in some time. Strong work!

The Fall website
Posted by Goatsden at 8:23 PM No comments: Portlander Andrew Miles’ second album as DeeperNet continues the deep and dark electro grooves of his fine debut of a couple of years ago. Opening with the exotic “Aether” (which could almost be a trippy Coil outtake, and that is high praise), the album then pursues a more dubby trance groove with the pulsing “Fractal Dimension”.4

The rest of the album is a diverse set of quality electronic sounds, from the melodic “Fluid In Blue” (featuring the ethereal vocals of Zefora) to the upbeat synthpop of “Illuminated By Ultraviolet”. Other standouts include the percussive yet tender “Falling Through” (again featuring the soft vocals of Zefora) and the 10-minute finale, “Quantum Teleportation”, which flows in an astral trajectory with deep near-goa beats. A fine and more than enjoyable album by an artist who knows few boundaries. 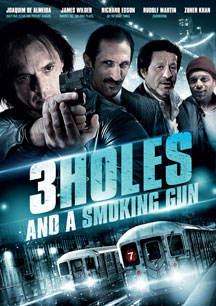 A complicated drama about a university student’s world class screenplay that inspires his once-successful instructor (a Hollywood screen writer himself) to go to extreme ends to attach himself to. Dark secrets are exposed in this smart but convoluted film. First time acting lead Zuher Khan does an admirable job as the student, while James Wilder is menacingly sly in his role as teacher-liar-extortionist. Aside from that, there’s little here to report or notice.

Pacing here is slow and dialogue-driven, but there remains something else missing here. The characters here inspire little empathy, and this micro budget indie, though not entirely unwatchable, is best left in the bins.

MVD Visual
Posted by Goatsden at 9:56 AM No comments: 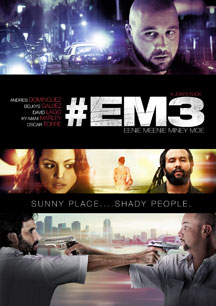 Raul (played well by the likable Andres Dominguez) is a Miami tow truck driver, but he quickly discovers that in this dirty city, he needs to find other means to make a living. So he gets involved in the crime scene, stealing cars and, in concert with his friends, selling the drugs he gets (from the dealers whose cars have been swiped and chopped) as a side business.

Things are going well. Raul has met a fine lady (the sweet and delectable Belkys Galvez), and he plans on making a life with her, before he discovers that this lifestyle has its downside.

That’s as close to a spoiler as you’ll get from me. I will say that this film is quite nicely paced and acted, with characters being believable, dialogue seeming natural, and the characters multi-dimensional. Director Yanes has a keen eye for cinematic flair, playing with light and sound (and even some subtle CGI).

“EM3” is a strong showing in the realm of crime thrillers, with a modern electronic-based soundtrack (including a couple of tracks by Miami bass madman and Skinny Puppy collaborator Otto Von Schirach). I enjoyed this one.

Posted by Goatsden at 1:34 PM No comments: