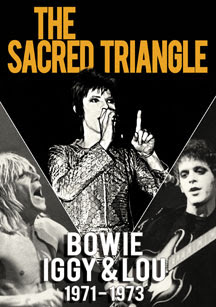 This full-length UK documentary examines in detail the early 70's collaborations between modern-day rock legends David Bowie, Iggy Pop, and Lou Reed. At the time, all 3 icons were on shaky ground. Bowie was considered a one-hit wonder, and both Reed and Iggy Pop were has-beens, surrounding themselves with drugs and other destructive behaviors. But their meeting in 1971 was a catalyst for some of rock's most iconic and important works.

Bowie, being a devoted fan of Lou Reed's days in the Velvet Underground, ended up producing Reed's successful post-VU solo album "Transformer", spawning radio staples like "Walk On The Wild Side". Likewise, Bowie mixed the proto-punk classic "Raw Power" for Iggy & The Stooges, which, though it failed to make an impact at the time, is now recognized as being one of the earliest "punk" records, and one of rock's most vibrant and unhinged recordings before or since. And beyond these ties, the influences of both Reed and Pop on Bowie himself were the impetus for the creation of Bowie's onstage character, Ziggy Stardust, which propelled him to superstar status. This creative symbiosis between the trio of visionary artists set the stage for the rock of the future, unbeknownst to them.

Including interviews with friends, journalists, and colleagues (and including the outspoken former wife of Bowie himself, Angie Bowie), "The Sacred Triangle" concisely (but thoroughly) ties together the threads between the artists. There are plenty of musical samplings, rare interviews and live footage, and photos to illustrate. I learned a few things, and quite enjoyed this informative program. (Sexy Intellectual via MVD Visual)
Posted by Goatsden at 2:23 PM No comments: 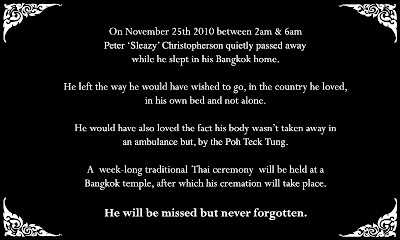 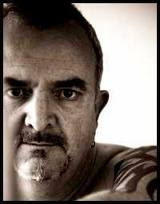 Sorrows for the passing of a musical icon. Peter "Sleazy" Christopherson passed away peacefully on November 25, 2010. His musical art as part of Throbbing Gristle, Psychic TV, and Coil burned brightly as a permanent inspiration on my life and music. His work in Coil (with fellow multi-plane spirit Jhonn Balance) remains some of the most potent and magickal sounds I've had the good fortune to experience, before or since. For more information, visit:

Official COIL site at brainwashed
Posted by Goatsden at 2:05 PM No comments: 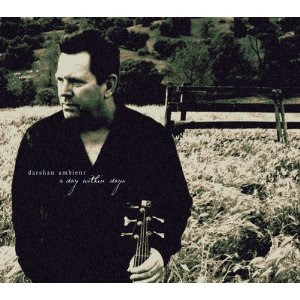 Veteran composer Michael Allison is Darshan Ambient, and this is his 9th album of pleasant and fleeting melodic electronic-based instrumental music. "A Day Within Days" is completely composed and performed by Allison, and it's an impressive collection of music that centers around melody and song, while retaining the moods and gauzy qualities of ambient music. It all sounds natural and approachable, especially on the shimmering "One Moon Shows In Every Pool". "A Deeper Blue" is a moving and serene piece, with piano leading the melodic charge. "The Long Rain" is a dramatic and lovely string-based composition that would fit well as part of a film score. The ending, "It's You", is a spacious, mature ambient pop song with Allison performing vocals, reminding me somehow of Peter Gabriel or David Sylvian, which isn't a bad thing. "A Day Within Days" is a refreshingly human album of tuneful electronic sounds that will warm even the chilliest winter's day. (Lotuspike)


Darshan Ambient site
Posted by Goatsden at 1:37 AM No comments: