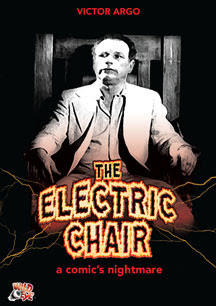 A little-known cult gem from 1985, this noir-inspired film is a gritty and metaphorical black-and-white amalgam of David Lynch's "Eraserhead" and a Lenny Bruce stand-up act, if that hybrid can be imagined. And it's sadly languished, unreleased, until now.

Dominated by the charismatic and magnetic personality of the late Victor Argo, "The Electric Chair" focuses on a shoe-store manager whose late-night comedy act in a dreamlike, surreal club is gripping and manic. His act is tragically unfunny, and, with the mysterious appearance of a real, working electric chair onstage, his act slowly morphs into a personal journey inside himself. At first, his act is devastatingly unpopular and even painful to watch, as he tells stagnant jokes with pointless punchlines. We, as an audience, eventually witness Argo's character finally find his place on the stage, with a growing audience -- and with more relevant material.

Argo steals the show here, and his powerful performance should be the stuff of legend. A fine art-house film with much more going on beneath the surface, "The Electric Chair" is a compelling and provocative watch. (Wild Eye Releasing via MVD Visual)
Posted by Goatsden at 11:04 PM No comments: 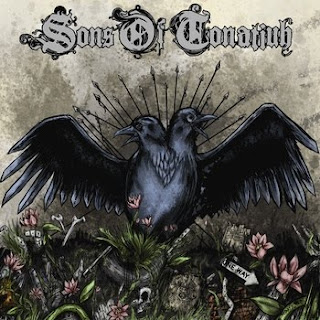 From Atlanta, Georgia comes this as-yet unsigned aggro-doom metal beast, and this is their fearsome full-length debut. It's a solid work, starting with the thick and sludgy "To The Throne", erupting forth with downtuned guitars, scalding vocals, and a pace that crawls in spots, but alternately amps it up with complex changes and breakneck tempos. SOT go even more evil with "Consumed", which hovers menacingly at first, only to spill out its guts punk-style with a speedy thrash assault. Not strictly a metal band, Sons Of Tonatiuh also channel noise/punk more than effectively, and graft it to a doomy, post-Sabbath sludge-riff bludgeon. Witness the sinister "Adam And Evil", or the scalding grooves of "Chain Up The Masses". SOT's forceful and furious attack leaves no survivors, and daringly combines several styles into a unique and vicious identity all their own. Dig it. (Sons Of Tonatiuh self-release)
Posted by Goatsden at 5:25 PM No comments: