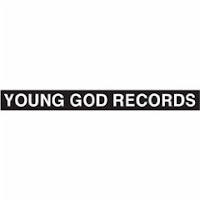 With the monumental SWANS reformation tour presently assaulting eardrums across the United States, frontman Michael Gira's label, Young God Records, has released a free downloadable 86-minute sampler of the label's history, including work from Gira as SWANS and Angels Of Light, plus work from Devendra Banhart, Larkin Grimm, James Blackshaw, and Akron/Family, among many others.

It's available from amazon in the USA for absolutely FREE. Fans in the UK have to pay, as do Germans (though amazon.de has a discounted rate it looks like).

The link should be here:
Young God Amazon Sampler
Posted by Goatsden at 1:13 AM No comments:

This Chiller TV network movie fares much better than I'd expected, though seldom does it rise above mediocre. The film begins with some deep-woods bear poachers who unexpectedly capture a rare Bigfoot, and, being mercenaries, it's soon arranged that they are to sell the creature to a rich rare animal collector. But before their deal transpires, they are arrested and incarcerated. And the Sasquatch escapes, running loose in the big city. Needless to say, some bloody deaths result. A small-time police force, with some peripheral characters, are only marginally interesting. The acting and script is competent, but again, rarely more than that. Some bloody special effects are well-done, and there are hints of breastage, but it's done tastefully, for the most part.

The cheese factor ratchets itself up a few notches when the sexy police secretary (and former stripper, go figure!) is forced to show off her knife/switchblade and kickboxing skills against the monster. This is precisely where I lost interest, and with another 30 minutes to go, that was the kiss of death.

On the other hand, I did enjoy how the legend of Sasquatch was well-researched, and the writers played up the survivalist tactics and ancient wisdom of this cryptozoological beast, based on recorded sightings and tales. As it stands, "Assault Of The Sasquatch" isn't an altogether terrible film, but would've fared better as a shorter film with better editing. Frankly, if this were on TV, I'd have to change the channel. (Synthetic Cinema via MVD Visual)

Here's a trailer, for some reason titled "Sasquatch Assault"...

Posted by Goatsden at 2:52 PM No comments: 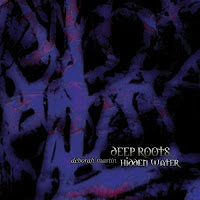 This is a remaster of an early work (1999) by ambient composer Martin, who wowed me this past year with her outstanding "Between Worlds" collaboration with Erik Wollo. And while "Deep Roots" isn't as convincing overall, it's still a strong album worthy of attention from fans of ambient and space music.

This one's more electronic in nature, and, with the opening cut, "Haunted By Water", it even approaches a classical structure. "One Sun" brings around some tribal drums for a more nuanced, natural approach, and this is Martin's strength -- wedding sparse electronic elements with organic, worldly textures. "The Strength Of Stones" is a certain highlight, and an effective and mysterious collision of sounds. With former King Crimson member Tony Levin's moody, snaking bassline, this track is a memorable and exotic slice of fourth-world atmosphere. Levin features throughout the album, and the tracks with his involvement also benefit from a more rounded and diverse sound palette. "Voices On The Rim" works well, too, being a Native American-inspired piece. The closer, "Across Sky", is a synth-strings flight of fancy, leaving the ground for a more airborne journey.

Whereas "Deep Roots, Hidden Water" isn't perfect, it is a lovely and refreshing backdrop for some reflective meditation and relaxation. (Spotted Peccary)

Deborah Martin Music
Posted by Goatsden at 9:52 AM No comments: