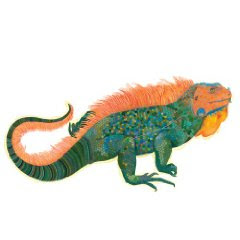 Simultaneously earthy, exotic, witchy, weird, whimsical, and boldly individual, beguiling mystical mountain folkstress Larkin Grimm's past is speckled with odd juxtapositions. She was raised communally in Tennessee and Georgia, was 'educated' at Yale, and left to pursue her own personal muse, which found her exploring locales as disparate as Alaska, Guatemala, and Thailand. It was in Olympia, Washington where she met a Cherokee shaman and gained a greater wisdom of the world, and thus her journey as a musician began. So the story goes. But that can be further read about elsewhere.
Origins aside, 'Parplar' is Larkin Grimm's first wide-profile release, and it shines with a distinctive voice that channels both earth-mother and murderous destroyer. It's a wise and bold set of world-inspired tunes that invoke the musical embodiment of Kali herself (witness the incantational protection mantra 'Durge' for evidence).
'They Were Wrong' begins the journey with a sensitive, earth-wise, and wide-eyed little girl's voice, albeit with a barely-submerged hint of desperate and revengeful spite. It's deep, dark, and lovely, and only hints at the possibilities that are to follow.
'Dominican Rum' is a catchy and upbeat Appalachian folk song, albeit laced with venomous ruminations and what could be seen as environmental commentary. 'Minou Minou' is a frantic bit of Indian-inspired weird-folk, and 'All The Pleasures' showcases her finger-picking proficiency well, with a down-home and ethereal vibe. Larkin Grimm's deep and dark lyrics aren't for the prudish, as she attacks the wrongs of man without remorse or fear, and her channelling of gaia's essence isn't hippie or Bonnaroo as much as it is timeless eco-warrior, liberator, and ancient soul. Larkin Grimm's is a voice that needs to be heard, more than ever in these times of environmental and social/cultural upheaval. (Young God)

Larkin Grimm site
Posted by Goatsden at 11:19 PM No comments: 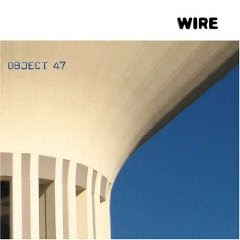 Being their 47th release over the past 30+ years, British punk/avante rock act Wire haven't lost sight of the fire, brevity, integrity, and sense of experimentation that made their early works like 'Pink Flag' or 'Chairs Missing' so essential (and influential). On 'Object 47', original members Colin Newman and Graham Lewis (joined by drummer Robert Grey) reconvene to produce a short (9 songs in 35 minutes) sharp shot of punchy songs that are both melodic and intelligent. The opener, 'One Of Us' is instantly likeable and catchy, and easily the most accessible cut here. 'Circumspect' is a bass-heavy mid-tempo slice of taut and angular post-punk, and 'Mekon Headman' is droney and heavy without fitting into any particular genre. 'Patient Flees' (great title) is woozy and almost lulling. Strong songwriting, clear (but not sterile) production, and impeccable presentation - absolutely top-notch in every way. Fans of the band's earlier proto-punk, proto-industrial works will no doubt find this one more than agreeable. The final track, 'All Fours', even enlists the considerable talents of Page Hamilton (Band Of Susans, Helmet) for 'feedback storm'. It's a powerful, driving, and fitting conclusion to the album. I look forward to more work from this venerable band and their myriad side projects. (Pink Flag)
Posted by Goatsden at 12:49 PM No comments: