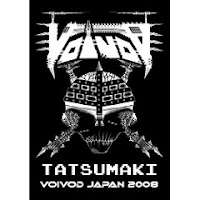 In the world of Canadian metal, Voivod are something of an enigma, and had carved a niche for themselves as one of the most forward-thinking heavy rock acts around through the 80's and early 90's. But when guitarist and founding guitarist Denis 'Piggy' D'Amour passed away of cancer in 2005, the band went into a tailspin, and members splintered. Fast forward a few years to 2008, and several original members reconvened with new guitarist Dan Mongrain (Martyr, Gorguts) for a tour, including this show in Japan as filmed by a TV crew. It's a surprisingly intense show, filmed with multiple cameras, and includes only songs from Voivod's legendary first 10 years. Classic progressive/metal/thrash songs like "Voivod", "Panorama", and "Nothingface" prove that these guys still have the chops, and the vision to transcend normal "thrash" or "metal". Complex arrangements, futuristic lyrics, and moments of 4-on-the-floor power integrate seamlessly with spacier elements, as in their closing cover of Syd Barrett-era Pink Floyd (the amazing psyche jam "Astronomy Domine"), which the band dedicates to their fallen brother, Piggy. A superb, engrossing, and enjoyable show from a band that's inspired many from both the metal and punk camps. A lengthy interview (actually gushing fan-letter in video form) with Dave Grohl is included as a bonus, as is a documentary, some additional recent live footage, a more. As inventive, progressive, metal goes, Voivod are still kings of the court, and this DVD aptly proves it. (MVD Visual)

Voivod site
Posted by Goatsden at 9:18 PM No comments: 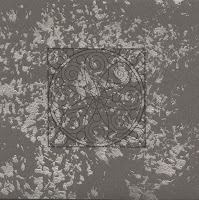 John Gore's work as Kirchenkampf probes the dark, unexplored regions of our world (and beyond), and does so with skill and cinematic flair. "Well Of Souls" is a travelogue into deep, subterranean dark spaces, with dense static, flickering drones, and expansive textures. The opener here, the 28-minute ambient track "Deep Dark", is a masterwork of isolationist ambient. The oppressive sounds are vast, overwhelming, and subtle, with hints of an unexplained leviathan looming in the distance. The 24-minutes of "Souls Transfixed" feels almost urban, like a drifty, distant rumble of late-night auto traffic, machines, and the rumble of activity on the horizon. Beautiful, and slightly sinister stuff. The final cut here, "Psyche Void", clocks in at over 24 minutes, too, and this one is more distant, deep, and lonely ambience with an edginess that is palpable. Brilliant work. Also of note here is the fantastic and artistic presentation - the disc is housed in an ornate foldout sleeve with professional printing. Impressive, evocative, and splendid independent work that deserves a wider release. (Cohort Records)
Posted by Goatsden at 10:40 AM No comments: 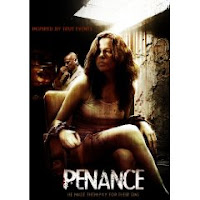 This indie torture/horror flick "inspired by true events" manages to out-fox some similar higher-profile films, with a rather tried-and-true premise, but with solid acting and some fun genre cameos & casting. Starring the likable Marieh Delfino, this is a tale of a modest single mom (Amelia) who, down on her luck, resorts to stripping to make some quick cash to stay afloat. Well, in one of her first jobs, she ends up abducted by a religious-oriented madman and a skeleton crew of sadistic, proto-fascist lackeys. The enigmatic and stately Gavin McTavish stars as the fallen doctor who subjects the amoral strippers (including the innocent Amelia) to all sorts of "moral tests" to rehabilitate them and cleanse their souls in penance. Things get ugly, naturally. This one's bloody and sometimes shocking, but the gore is more implied and never truly on-camera. My favorite scenes are the cat and mouse games in the hallways of the "hospital", where the hand-held cameras succeed in creating an air of tension and distress. Fine work. Look for Michael Rooker ("Henry: Portrait Of A Serial Killer") and Tony Todd ("Candyman") among the worthy guest appearances. Delfino is cool, appealing, and convincing as Amelia, and McTavish is a perfect villain. Good stuff, and worthy of attention from horror fans. (IMD - Independent Media Distribution)

Posted by Goatsden at 3:36 PM No comments: 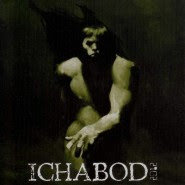 The 4th release from these Boston stoner/metal-heads is a solid, sludgy, and fairly melodic concept album heralding the impending Mayan prophesy. "2012" (the album) is a dense, aggressive, and groovy set of out-there space metal gems/jams that manage to maintain their aggression while leaving their improvisational spirit intact. "Giving Up The Ghost" is thick and psychedelic, layering a mountain of guitar effects on top of the heavy mix. "Gentlemen Of The Choir" begins as a languid, Hawkwind-inspired space trip, before erupting into a post-Sabbath slo-mo thud and riff extravaganza. The 10-minute epic "Nile Song" is a Pink Floyd cover, but it's rendered almost unrecognizable, with vocalist Ken McKay's seething vox giving way to an amazing extended space-metal/drone freakout that could be considered the album's high point (pun intended, hah). "2012 Outro" is a collection of samples and spoken bits, illustrating the schizophrenic nature of our world at large, apocalyptic visions, madness, and paranoia taking over. A superb album, perhaps a bit disjointed, but with some really potent and heavy rock that deserves your attention. (Rootsucker Records) 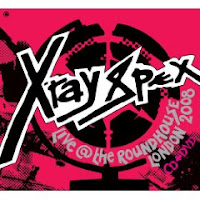 It's been almost 30 years since they last played together, but charismatic front-woman Poly Styrene and her X-Ray Spex return on this well-recorded live document. Beginning with the feminist anthem "Oh Bondage Up Yours!", these well-regarded (and it's safe to say legendary) first-wave English punkers ratchet it up to '10' here. Styrene's instantly likable and unique vocals are cynical, snide, and nicely critical of plasticized consumerist culture, while the band's hopeful pop-punk stylings are accented by saxophone, which brings another unusual (but effective) element to the band's attack. "Warrior In Woolworth's" is a beauty, as is the self-explanatory "I Am A Cliche". This is punk rock firing on all cylinders, with message just as vital now as it was in 1979. One new song, "Bloody War", has much to say in it's brief 2+ minute existence, too. The live DVD is a pro-shot, multi-angle treasure showing the reverence and fun this band still inspires. Bravo, Poly and crew. It's a welcomed and well-worthy return. (Year Zero/Future Noise)

X-Ray Spex site
Posted by Goatsden at 11:56 AM No comments: