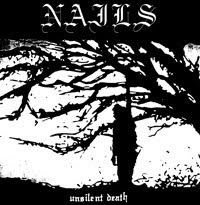 Now this is some formidable heaviness. Hailing from Southern California, this trio's debut is as concise as it is destructive. 10 songs here, 13 minutes. But perhaps brevity is good here, as there's no room to breathe for these 13 intense, apocalyptic minutes. Opening with the 30-second grindcore bloodclot of "Conform", it's sink or swim with these dudes. Hah! "Scum Will Rise" isn't any slower -- a raging fireball of gutteral post-punk, post-metal, post-hardcore nihilism. This is not for the faint of heart. Awesome and powerful. (Southern Lord) 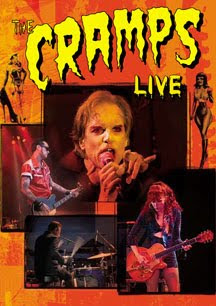 The world lost one of rock's most charismatic and iconic frontmen last year when Cramps singer Lux Interior passed away. And while it's a shame that there still isn't a comprehensive CD collection of the band's greatest through the years, this audio-visual document of their later years is fiery enough to tide over fans like me. "Live At Lokerse" is a 17-song, pro-shot concert as filmed at a huge outdoor festival in daylight. Perhaps not the best venue for the band, but that didn't seem to dampen or tame the band's incendiary and swaggering rock and roll spirit.

Into their 4th decade, the Cramps, with Lux's wife and longtime musical partner Poison Ivy on guitar, were antecedents of the modern '"psychobilly" scene, and an indispensable and essential component of the early American punk scene. Taking their blueprints from the old 50's rock-and-roll acts, the Cramps added their own vision, complete with sassy references to B-grade horror and plenty of outward sexual innuendo. On this DVD, the band's sleazy, spooky, and tongue-in-cheek trash-rock was as intense as ever, as Lux, ever the showman, was clad in his usual form-fitting leather pants and heels. Being a later-period show, some of their classics weren't played, but plenty of other great tunes were, like "The Way I Walk", "Let's Get Fucked Up", and "TV Set". A must-see for fans, "Live" is a worthy document of an amazing band that will continue to inspire. (MVD Visual)

Cramps website
Posted by Goatsden at 5:23 PM No comments: