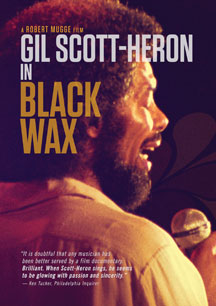 Anyone not familiar with the work of Gil Scott-Heron is really missing out on one of America's finest and wisest musical storytellers and a major (major!) inspiration for the early rap scene even. Scott-Heron was a profoundly political and socially responsible poet and musician, working in the avenues of spoken word and music both separately and simultaneously.

Here, in this 1982 film, director Mugge pretty much hands over the controls to him, and to great result. Juxtaposing funky live footage of Scott-Heron with his band and in-the-streets-and-on-the-move spoken poetry, “Black Wax” is an intimately personal portrait of an artist at the top of his game. Don’t expect any sort of history lesson, as there’s no background or historical info here, but simply a “day in the life” of this brilliant man.

Sadly, Scott-Heron passed away in 2011. But thanks to MVD Visual, this lively and enlightening document is seeing a new life on remastered BluRay. It looks and sounds great, and the words of Gil Scott-Heron resonate still today. Superb film! 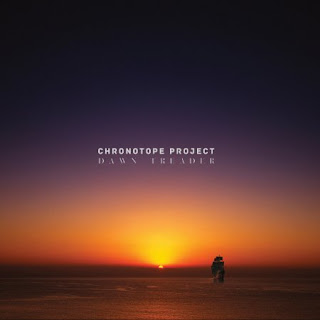 This is the first I’ve heard of Jeffrey Ericson Allen, whose Chronotope Project has been active for several years releasing evocative and often cinematic electronic music. “Dawn Treader”, inspired by the C.S. Lewis story, is an intensely visual and sometimes playful listening experience, with plenty of twists and turns.

Opening with the percolating sequencer sounds of “Dawn Treader”, the music gives way to the languid and introspective track, “The Scent Of Evening Flowers”, which gradually works itself into a bleepy outer-space soundtrack. “Basho’s Journey” brings an Asian influence to the table, no doubt due to the prominent use of the traditionally-tuned 13-string Japanese koto. “Ocean Of Subtle Flames” is a spiritual journey, complete with light rhythms and flutes punctuating the otherwise fleeting ambient textures. “Canticle For The Stars” is a kind of space music/classical hybrid, with blippy synth sequences alongside electronic strings. “She Who Hears The Cries Of The World” brings it all together into a wonderful melange of exotic textures, fleeting melodies, and evocative world music-meets-ambient vibes. It’s a celebration of all things musical, artful, and worldly.

Chronotope Project
Posted by Goatsden at 4:49 PM No comments: 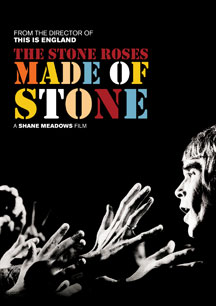 Manchester’s Stone Roses were partially responsible for one of the worst late 80s/early 90s music trends...the foppy, baggy-trousered “Madchester” scene that sadly tried to meld acid house club music with slackerly psychedelic rock. These guys inspired some even more insipid acts (anybody remember the atrocious Inspiral Carpets?), and even the notoriously  pompous Gallagher boys took the Roses’ self-congratulatory praises themselves all too seriously, and all the way to the bank with their vastly overrated Oasis. Any band who heralds themselves as "the best band in the world" or “better than the Beatles” deserves a swift kick in the nads, right?

The Stone Roses, however, despite becoming a huge (and hyped) act with the release of their 1st self-titled LP in 1989, could never quite rise above, with label and personal squabbling taking a fatal toll on the group as soon as fame and fortune raised their greedy heads.

This documentary traces an ill-fated 2012 reunion that brought the members together for some high profile gigs, only to see attitudes tear up the band again. Fans (anybody out there?) will be enlightened by this well done doc, but others unconvinced of the brilliance of the Stone Roses (me) will want to steer clear.

Posted by Goatsden at 4:43 PM No comments: